Pettersen admits retirement was literally spur of the moment 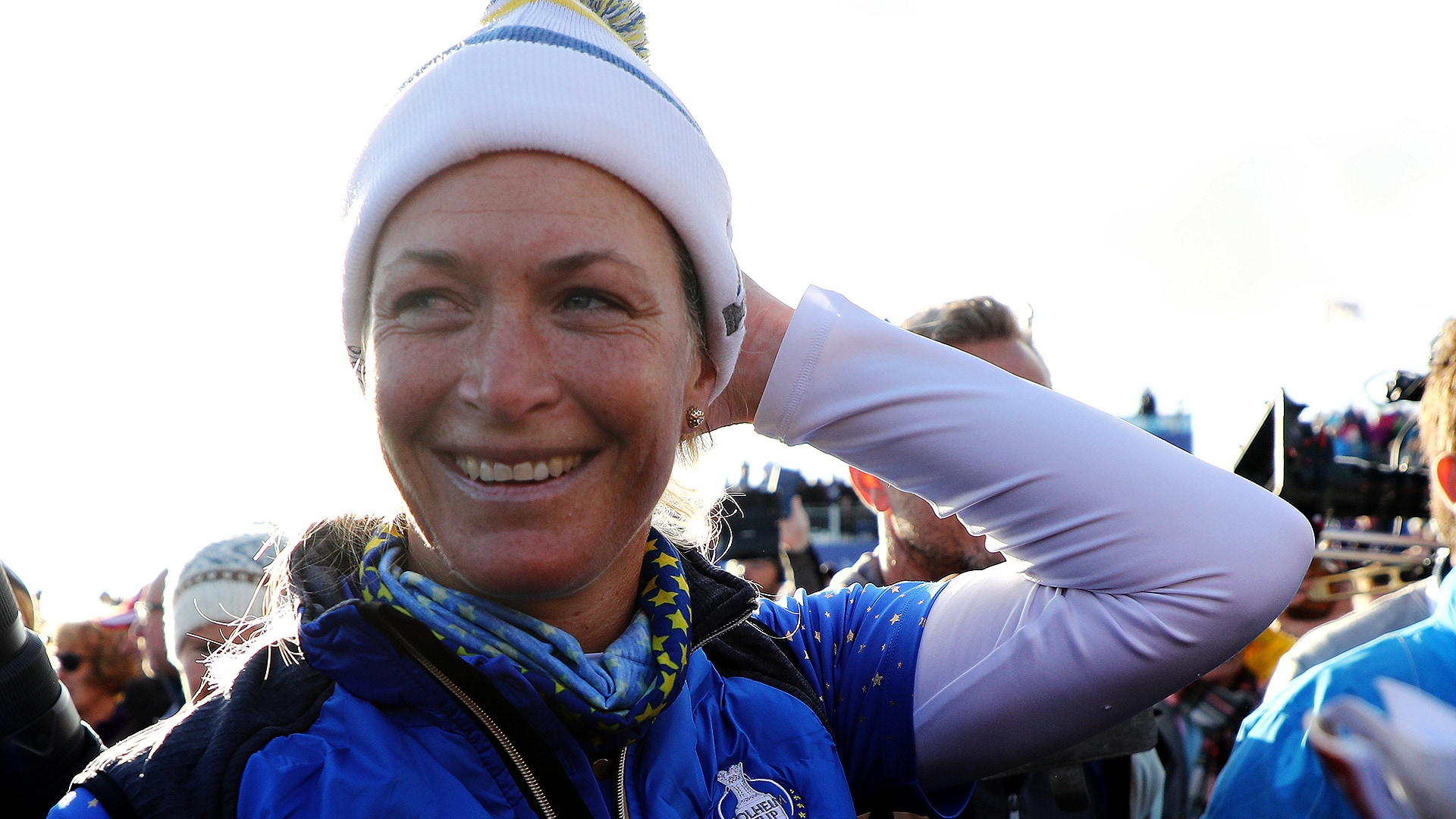 Suzann Pettersen might have been as surprised as everyone else when she decided to announce her retirement upon clinching the Solheim Cup.

Pettersen, who joined “Morning Drive” on Tuesday, said she had no preconception of calling it quits and that the decision was made in the moments after she made the putt to hand Europe victory at Gleneagles.

“When it all comes to an end and they [her husband and son] came walking towards me on that putting green together with all the other million people that were out there, it was just special,” Pettersen said. “And I told my husband, ‘Nothing will ever beat this, so I think we can just say enough is enough.’ And that’s me.

“It was impulsive. Nobody knew, not even I knew. It got to me – during those next couple of minutes after that putt was holed. I have no regrets.”

Pettersen’s son, Herman, was born in August 2018 and she missed nearly two years of competitive play prior to being a captain’s pick for the European team.

“I think it was just important to myself to prove that I could do it, to come back, put in the work, and perform at the absolute highest level,” she said.

“It’s probably more a massive relief than anything else. I literally proved to myself that I did it.”

Pettersen won 15 times on the LPGA, including two majors, and seven times on the Ladies European Tour. She has a career 18-12-6 record in the Solheim Cup.

As for the next chapter in her life, there is no real plan. And that’s what makes it so excited for her.

“Just to be able to wake up, be a mom … just really enjoy life.”