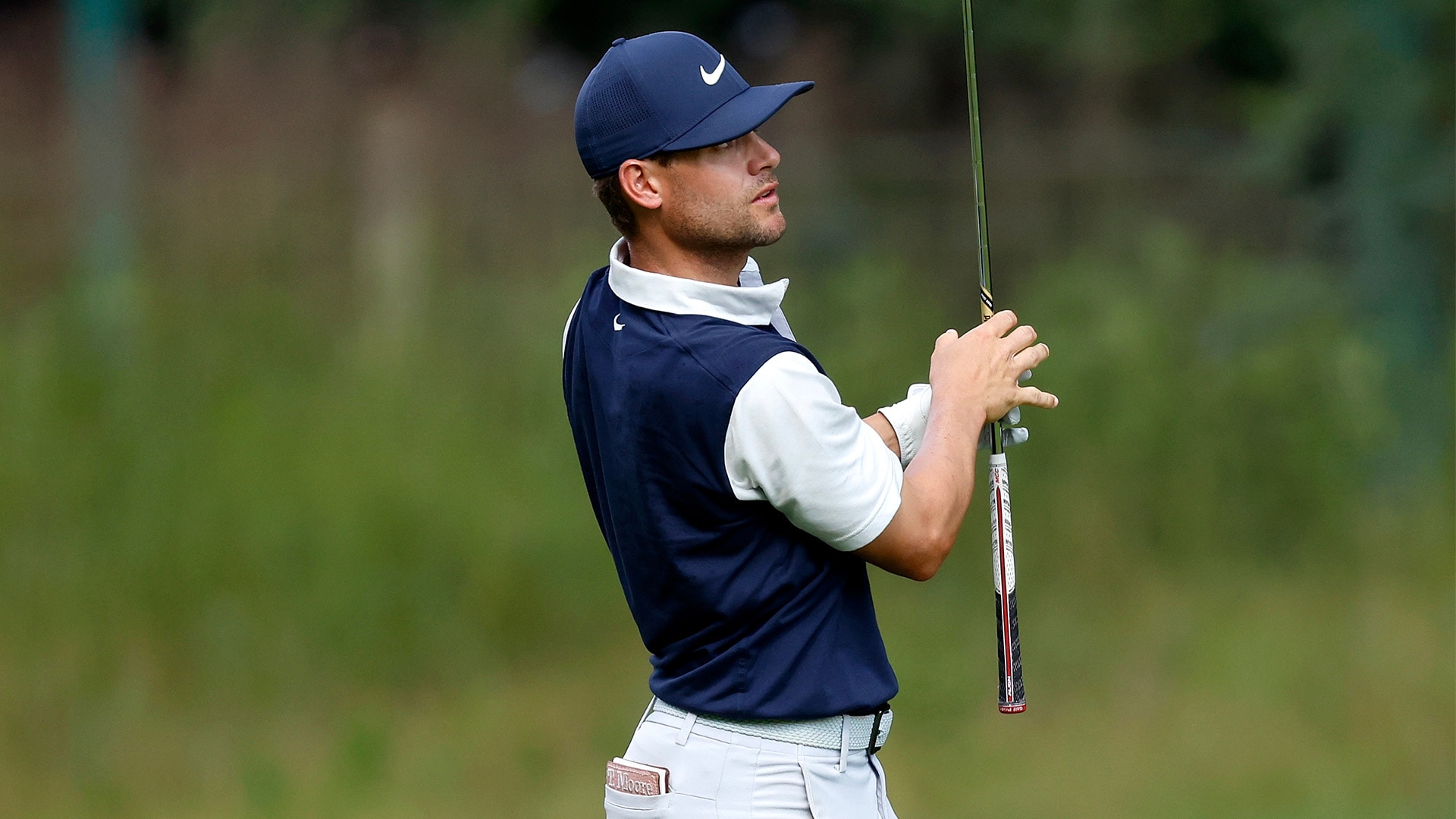 On Sea Island's Seaside Course, two firsts happened Friday at the RSM Classic. PGA Tour rookie Taylor Moore made his first Tour hole-in-one on the par-3 17th, which was also the hole's first-ever ace at the event.

"Obviously really exciting," Moore said. "Honestly, it's a pretty perfect club, 8-iron from about 178 with wind off the right. Just started at that right bunker and let the wind do its job, and got a fortunate bounce. It looked like kind of like a fringe bounce. Yeah, we were able to see it from the tee, which is also really cool. Very excited to see it go in and awesome to make my first hole-in-one out here."

Moore, a 28-year-old from Edmond, Oklahoma, has shot 66-65 and sits T-4 at 11 under, two off Taylor Gooch's lead. After placing T-17 at the Sanderson Farms Championship and a T-24 at the Shriners Children's Open, Moore is looking for his best finish on Tour to close out 2021 and his ace certainly helps that goal.

However, once upon a time, there was a possibility Moore would never post any result in competitive golf, but rather in another sport that includes hitting a hard white ball.

"Interesting fact about me that people may not know. Well, I grew up a baseball guy, so I was a pretty high-level baseball player until I was about 15 years old and actually had a scholarship from Arkansas for baseball before golf and ended up deciding to play this," he said.

It was a tough decision for Moore to give up his first love, as his dad was a college baseball coach for 20 years, but Moore said he fell in love with golf because he could control "a little bit of everything instead of relying on teammates and umpires," and switching sports appears to have been the right move. In Moore's first year at Arkansas, he was named the Co-SEC Freshman of the Year, posting three top-10s and six top-20s, while living with future RSM Classic winner Austin Cook (2017), who was a senior at the time.

Moore looks to become the second Razorback to take home his first PGA Tour win on Sea Island, using his experiences from playing in four SEC Championships there to get the job done and he'll stick to the same mindset he had on Friday for the next 36 holes: "Hit a bunch of greens, hit a bunch of fairways and go from there."

Two of the five starters on the Arkansas men’s golf team were arrested Wednesday after police say they took explicit photos of a woman without her consent, according to a report by KARK 4 News in Fayetteville.