Tee times moved up for third round of Wyndham Championship 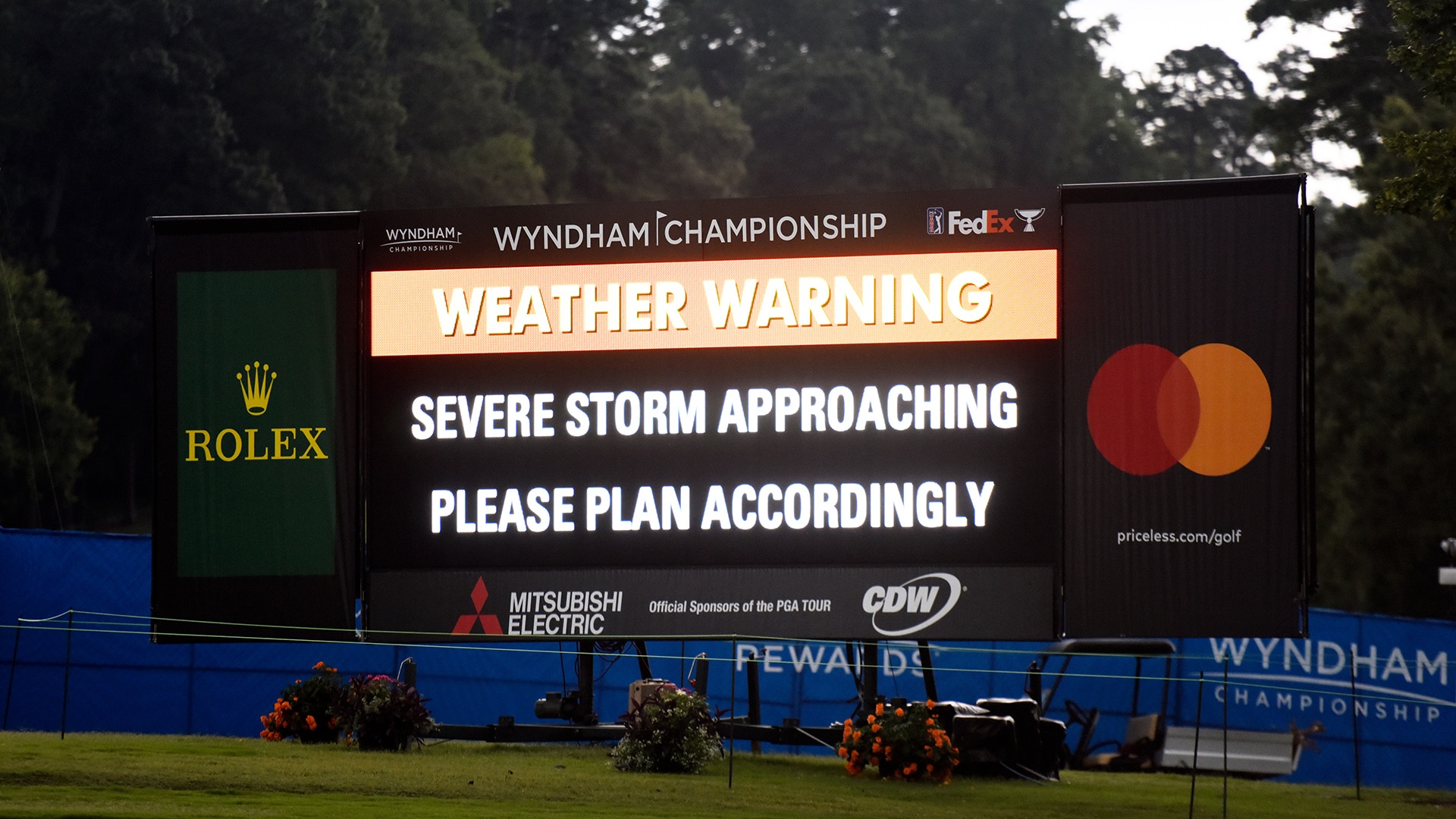 GREENSBORO, N.C. – With inclement weather in the forecast, players will get an early start on the third round at the Wyndham Championship.

Tournament officials opted to move up tee time for Saturday at Sedgefield Country Club to avoid incoming storms, with players teeing off between 7-9 a.m. ET in threesomes off Nos. 1 and 10 tees. A crowded leaderboard with 16 players separated by two shots means even playing threesomes won’t be enough to get all of the co-leaders together, with Tom Hoge, Talor Gooch, Billy Horschel and 2016 champion Si Woo Kim all tied at the top at 10 under.

Golf Channel will live stream its portion of the third round beginning at 8:45 a.m., with the final trio of Hoge, Kim and Gooch teeing off 15 minutes later. Horschel will play with Harris English and Shane Lowry in the 8:50 a.m. group off the first tee.

Other notable trios include Jordan Spieth with Ryan Armour and Ben Martin (8:50 a.m. off No. 10) while former champion Webb Simpson goes with Jason Kokrak and Rob Oppenheim at 8:20 a.m. off No. 1, with all three players two shots off the lead at 8 under. 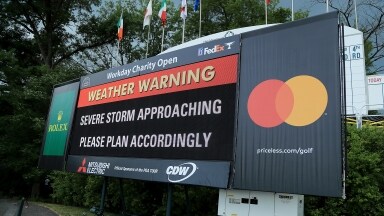 Officials at the Workday Charity Open moved up tee times for Sunday’s final round in an attempt to avoid another weather delay. 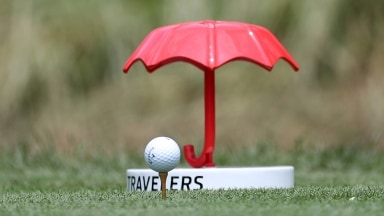 Third round tee times pushed up at Travelers

Expected inclement weather will push up third-round play at the Travelers Championship, with threesomes going off split tees between 7-9 a.m. ET. 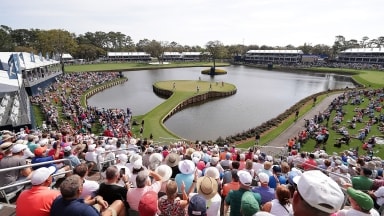 The weather is forecast to take a turn at The Players Championship over the weekend, threatening to add to the chill players feel stepping to the TPC Sawgrass Stadium Course’s finishing holes.