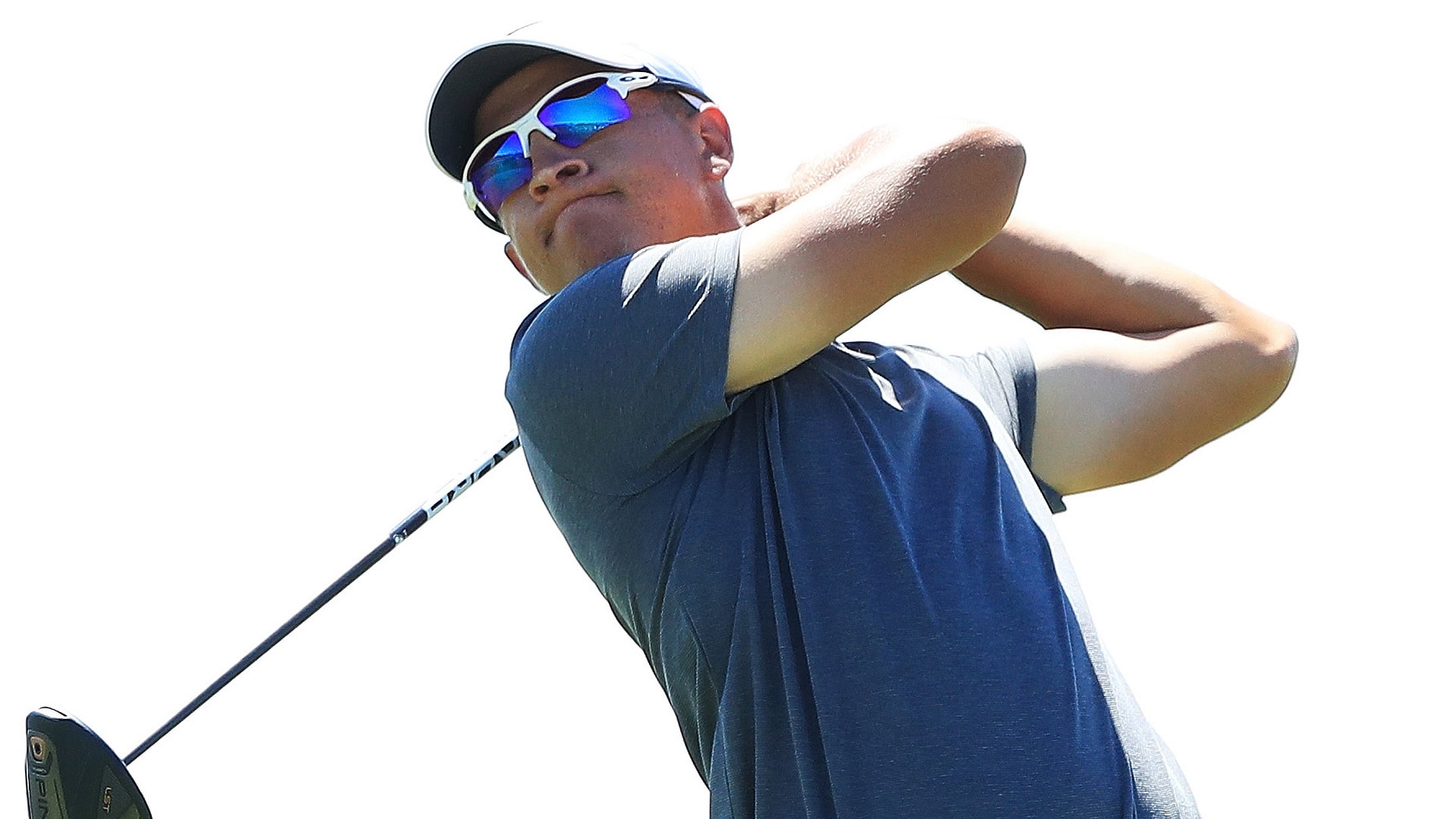 Big-hitting Texas A&M senior Cameron Champ has decided to turn pro. He will make his pro debut this week at the PGA Tour’s OHL Classic at Mayakoba, where he received a sponsor exemption.

Champ, who starred at this year’s U.S. Open at Erin Hills, where he powered his way into a tie for fourth through 36 holes, advanced last week to the finals of the Web.com Tour Q-School. Guaranteed to have at least some status next year on the developmental circuit, and with the prospect of the maximum seven sponsor exemptions on the PGA Tour, Champ decided to leave school at the halfway point of the season.

“Everyone here at Texas A&M is excited for Cam,” Aggies coach J.T. Higgins said Monday. “His goal has always been to play on the PGA Tour and this puts him one step closer. We wish him the best of luck in pursuit of his dream.”

Champ made only one start for A&M this fall (finishing 12th individually), but the team won all three of its events in which Champ did not play. The Aggies are currently ranked fourth in the country.

Champ told Golf Digest that he didn’t consider turning pro until his tie for 32nd at the U.S. Open, where he led the field in driving distance (337.3 yards).

For more on Champ, check out this profile from Erin Hills.