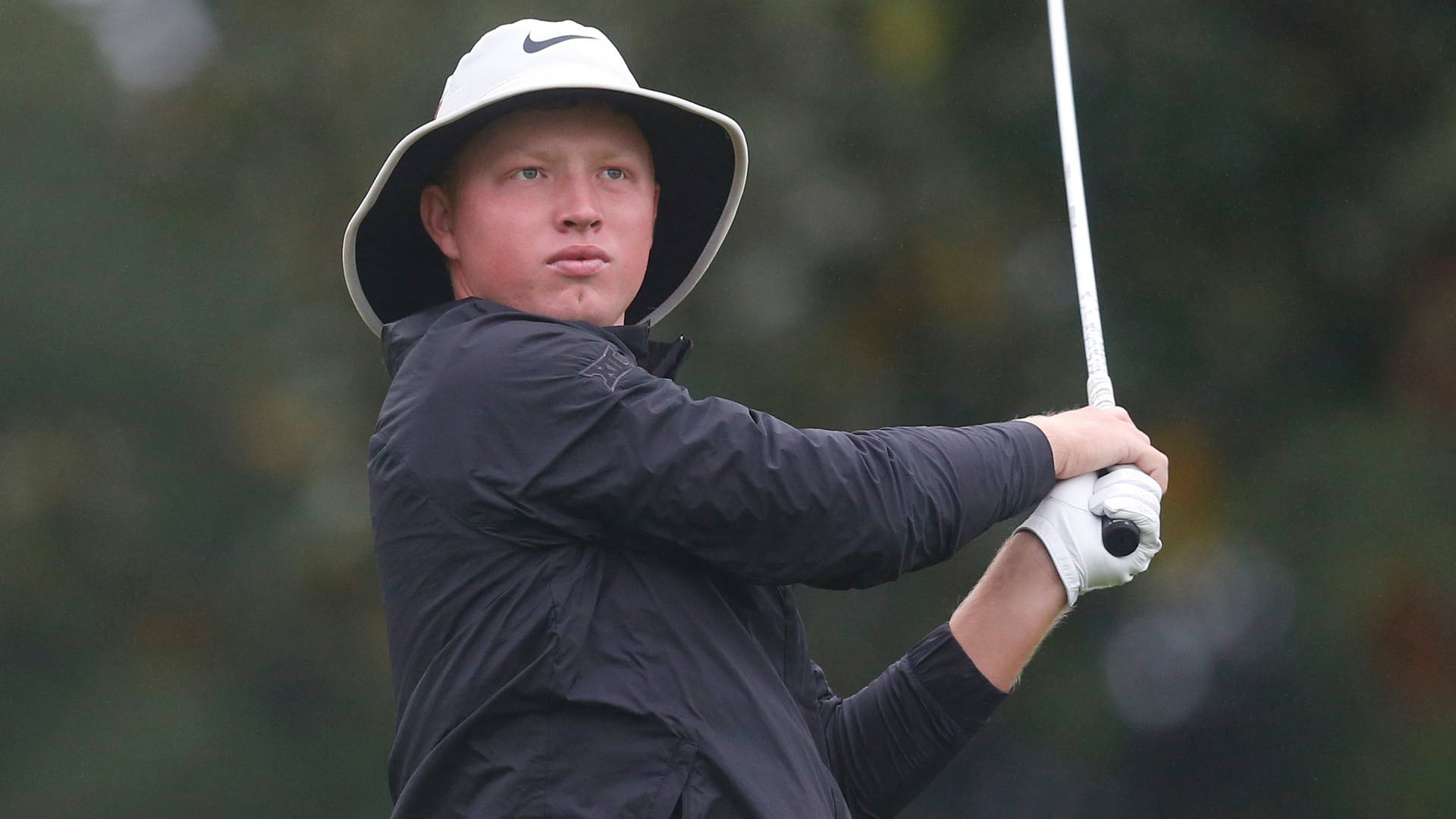 Get used to the name Travis Vick.

The University of Texas rising sophomore is one of the best young amateurs in the game, and on Thursday he’ll tee it up alongside Scottie Scheffler, a former Longhorns standout, who is currently one of the PGA Tour’s top rookies. They’ll be joined by recent Korn Ferry Tour winner Davis Riley in the lead group for the final round of the Maridoe Samaritan Fund Invitational.

“Seeing Scottie and all that he’s accomplished this year is amazing, and it’s going to be really cool to play with him tomorrow,” Vick told GolfChannel.com, adding that despite their Texas ties, Vick has never played with Scheffler, though they did talk on the phone during Vick’s recruiting process as he, like Scheffler did, narrowed down his final decision to Texas and Stanford.

“It’s always great to see top-name guys like that on top of the leaderboard and then see my name there, too. It just gives me confidence that I’m doing the right stuff and playing well.”

Vick put together his second straight 2-under 70, though his second-round performance was particularly impressive considering the consistent 25-30 mph gusts Wednesday at Maridoe Golf Club in Carrollton, Texas. (PGA Tour pro Harry Higgs said the conditions made for a "fun day ... in a sadistic way. That's probably the windiest I ever played, and I played in Abaco on the Korn Ferry Tour last year.")

For the second consecutive day Vick stormed out of the gates, making three birdies in his first six holes. He finished with six total birdies, including his final one on the par-4 18th, which was moved way up to 320 yards for the second round.

Vick and Scheffler, who carded 74 Wednesday, are tied for the lead at 4 under, one shot clear of Riley. Oklahoma State rising senior Austin Eckroat (74) is solo fourth at 2 under, followed by KFT players Will Zalatoris (70) and Taylor Moore (70), Baylor’s Cooper Dossey (70) and Oklahoma’s Quade Cummins (75).

“It really does feel like an actual amateur event,” Vick said. “I can’t speak for everyone else, but I took it pretty serious.”

He’ll continue to do so Thursday, as he battles two established young pros in Scheffler, who owns four top-7s this season on Tour, and Riley, who is second in KFT points.