'That's not a story:' Kuchar denies only paying local caddie $3,000 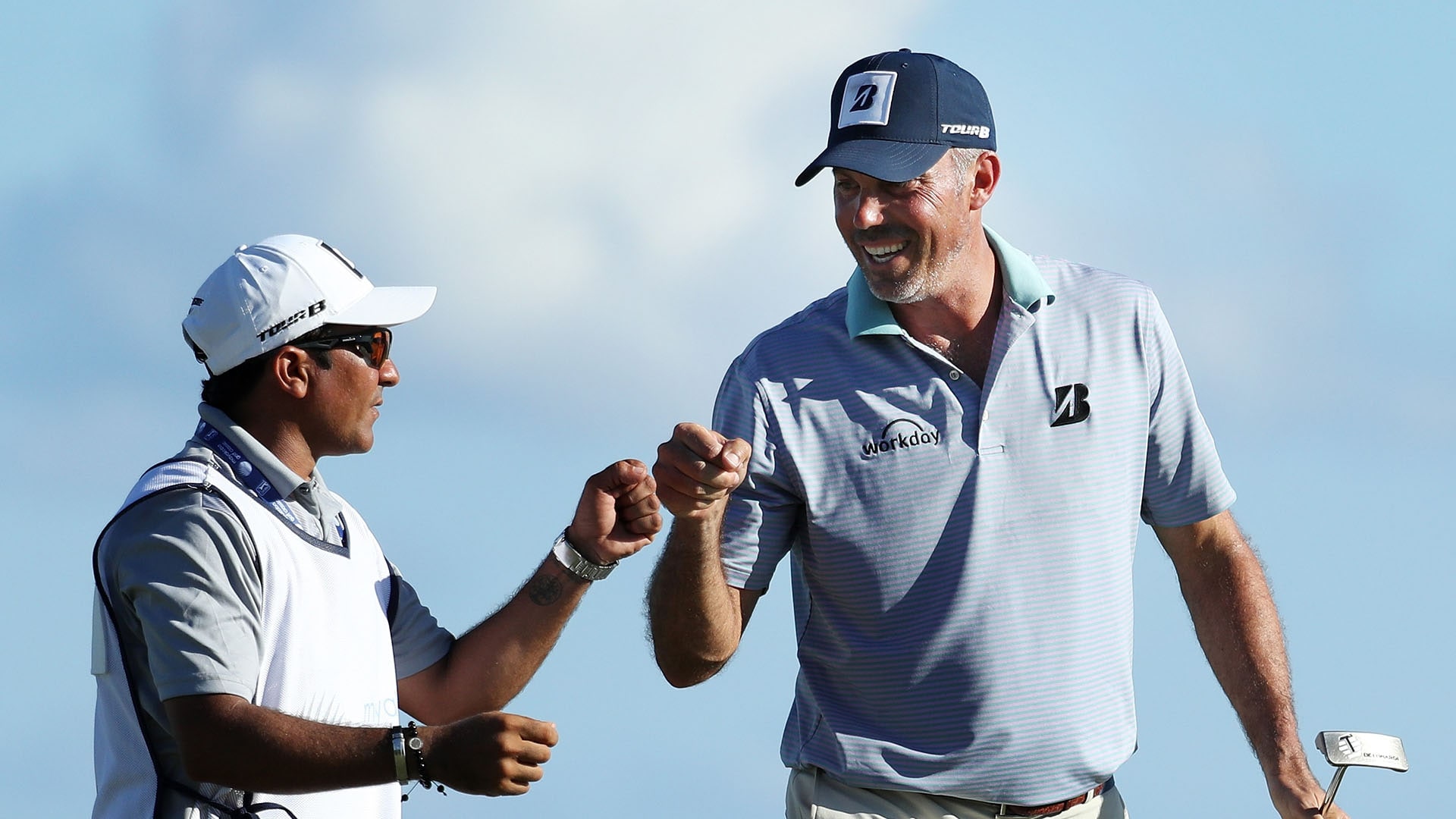 HONOLULU – Following a third-round 66 that left him alone atop the leaderboard Saturday at the Sony Open, Matt Kuchar was asked about a series of tweets in recent days that suggested he paid his local caddie just $3,000 after winning the Mayakoba Golf Classic in November.

Kuchar was quick to deny the rumor.

Former PGA Tour player Tom Gillis tweeted on Friday, “If Kuchar wins this weekend (at the Sony Open) let's hope he pays his man more than ($3,000) like the last win. ($45 million) in (career) earnings. Could've changed the man’s life.”

The tweet quickly circulated. Several Tour pros (mostly former) chimed in on the rumor while Gillis continued to discuss the matter on Twitter.

The Mayakoba tournament director recommended Ortiz, whose nickname is “El Tucan,” to Kuchar.

“He was definitely my lucky charm,” Kuchar said at the time. “He brought me good luck and certainly some extra crowd support and did a great job as well. He did just what I was hoping for and looking for.”