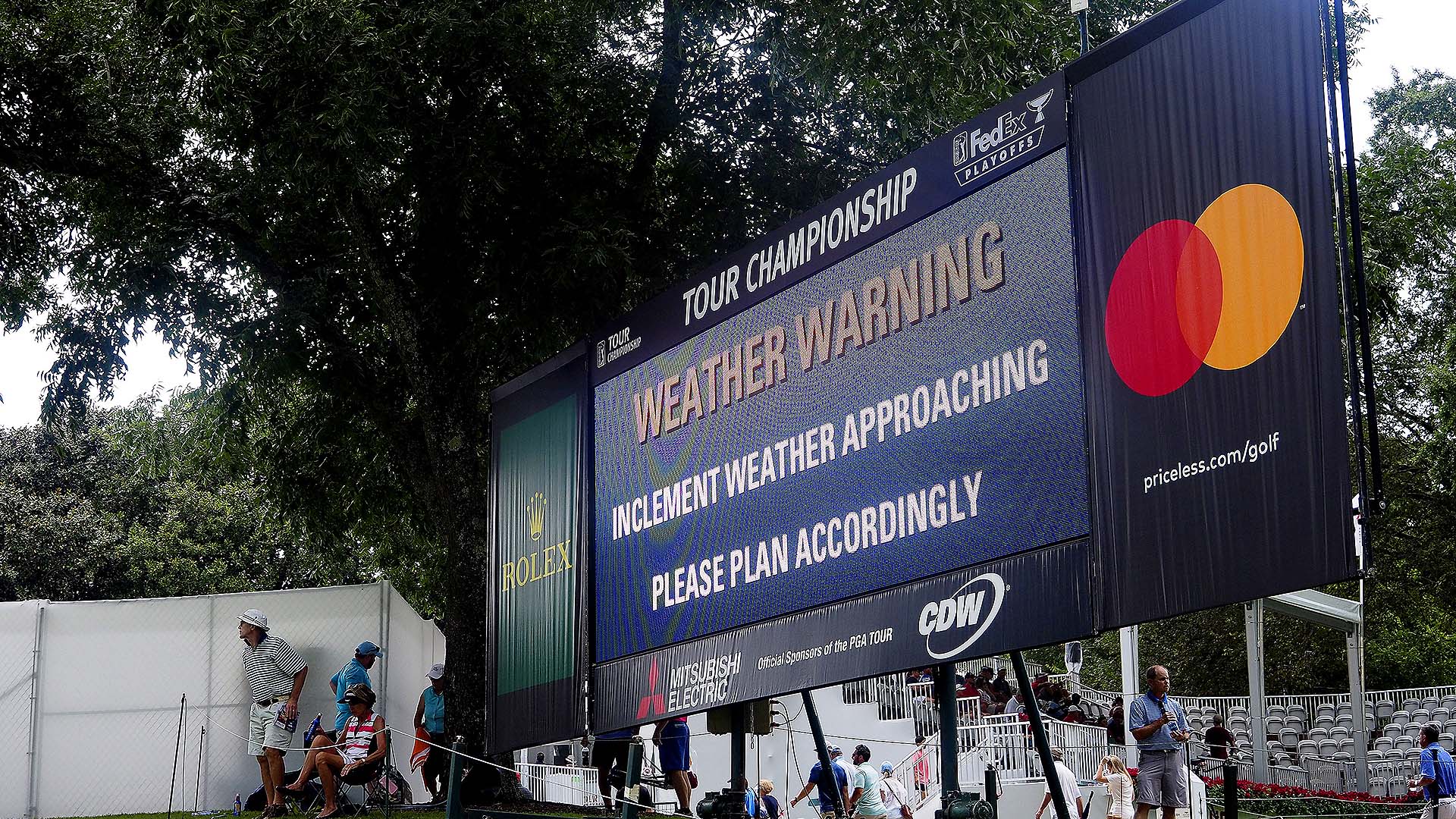 ATLANTA – Weather has halted play for the second consecutive day at the Tour Championship.

The horn blew at 4:17 p.m. ET with the last group, which included leader Justin Thomas, on the sixth hole and just four third rounds completed at East Lake.

Although players sought shelter in the clubhouse, they were told by officials that the storm should move through the area quickly.