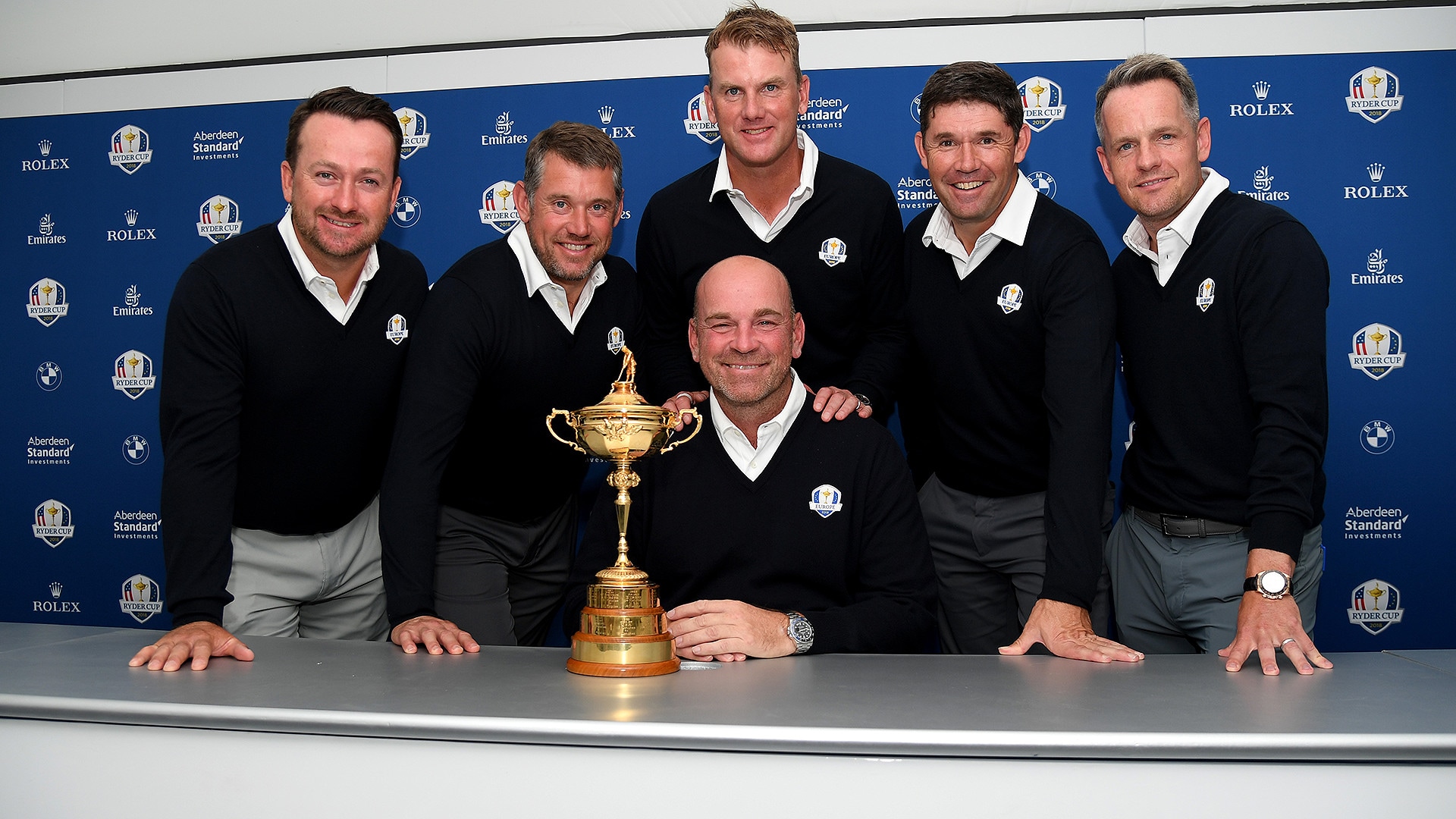 European Ryder Cup captain Thomas Bjorn has added a quartet of vice captains for the biennial matches this fall in Paris.

Bjorn had already named Robert Karlsson as his first assistant, and he announced Tuesday at the BMW PGA Championship that his group of advisors will also include major champions Padraig Harrington and Graeme McDowell, and former world No. 1s Lee Westwood and Luke Donald.

Westwood is among Europe's most decorated Ryder Cup players, and his addition in this role signals he likely won't participate as a player in the matches for the first time since 1995. The Englishman has spoken openly about his desire to captain the European squad at Whistling Straits in 2020, but he's been quiet on the course in recent months, with a missed secondary cut at the Houston Open his only start since mid-February.

Harrington is seen as another possible captain for the 2020 matches, and he'll don an earpiece for the third straight Ryder Cup, having represented Europe as a player on six straight teams from 1999-2010.

Donald played on four Ryder Cup teams from 2004-12, with the Europeans winning each time he was on the roster. This will mark his first stint as a vice captain, as Donald announced last month that he would be sidelined indefinitely while recovering from a back injury.

At age 38, McDowell will be the youngest vice captain in the room, having holed the winning putt eight years ago at Celtic Manor. He won the French Open in both 2013 and 2014 at Le Golf National, site of this year's matches, and will also be making his debut as a vice captain.