Thompson earns another halve, but U.S. will need more Sunday 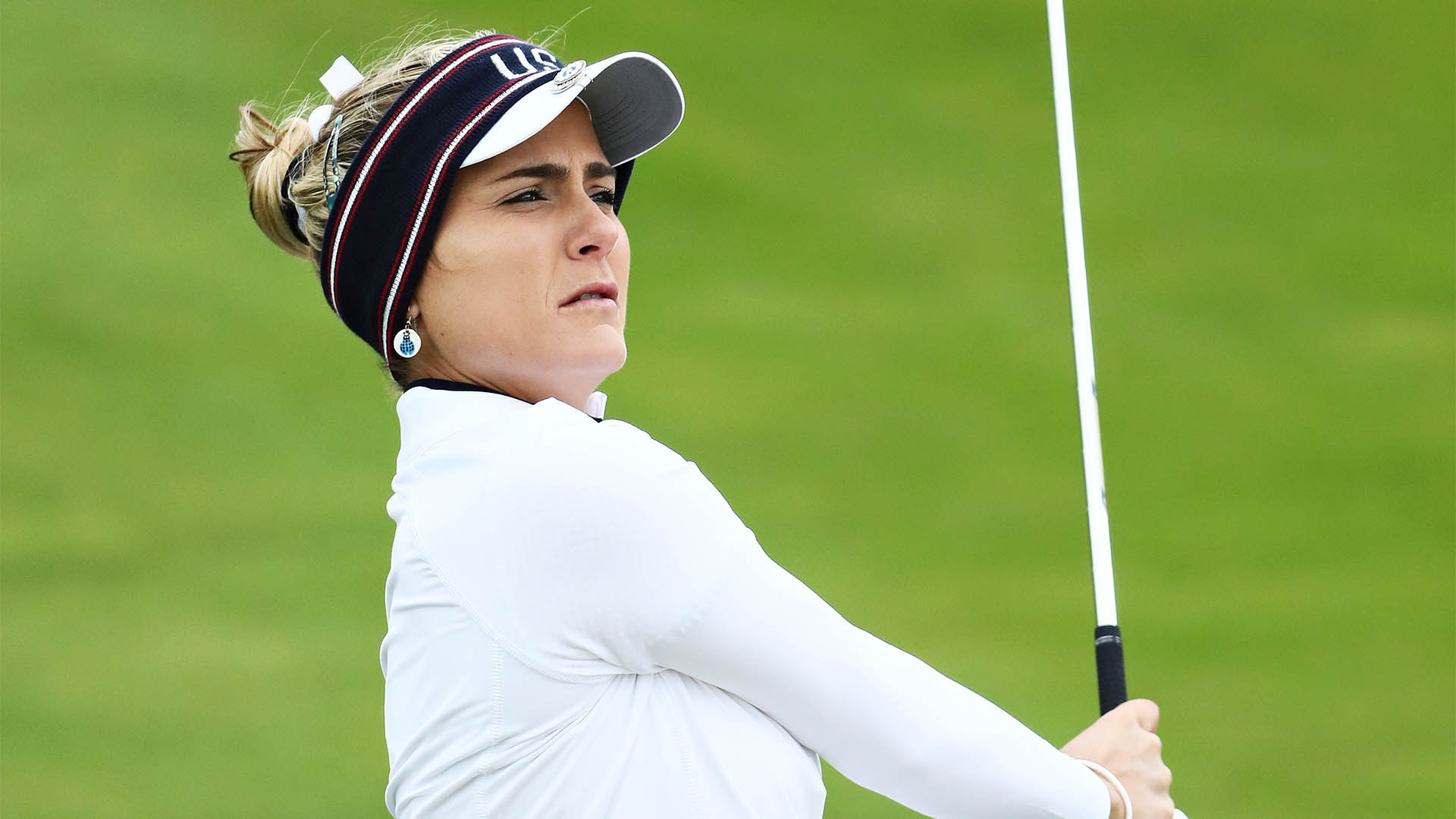 But on Saturday afternoon, Thompson proved most flexible by agreeing to play with someone outside of her pod in a fourball match opposite Caroline Masson and Jodi Ewart Shadoff.

“I’d love to play with Marina,” said Thompson, who then teamed up with rookie Marina Alex to earn her second half-point of the week.

“I said, ‘Put me with anybody,’” Thompson said. “Everybody here has an amazing game and great attitude and will bring their best. … Whoever I was paired with, we'll go out there try our best and feed off each other.”

Thompson hasn’t had her best stuff this week. Already the 132nd-ranked putter on the LPGA, Thompson has struggled on the greens aside from a 15-foot birdie make on Gleneagles’ par-5 18th hole that halved her fourball match on Friday. A day later, in fierce winds that negated some of her length and ballstriking ability, Thompson carded just two birdies.

“You were going to see some poor shots just because of the wind,” Thompson said. “It was just difficult out there.”

But Thompson grinded and fought, and Alex picked her up with birdies on Nos. 14 and 16 to help get them to the last hole, where Thompson had an 8-footer for birdie to get her first full point of the week.

Her putt never touched the hole, but Masson bailed her out with a 6-foot miss.

Thompson won’t have anyone to save her in Sunday’s singles session. Not Kerr. Not any of her three partners this week. Just herself.

With the Solheim Cup tied at eight points apiece entering the final day, Thompson will go out third and face Georgia Hall, who has arguably been Europe’s best player, especially from a ballstriking perspective.

The U.S. could use a victory from the top-ranked player in the field. Inkster is confident they will get it.

“She's the third best player in the world, and she'll be there,” Inkster said. “She'll show up.”