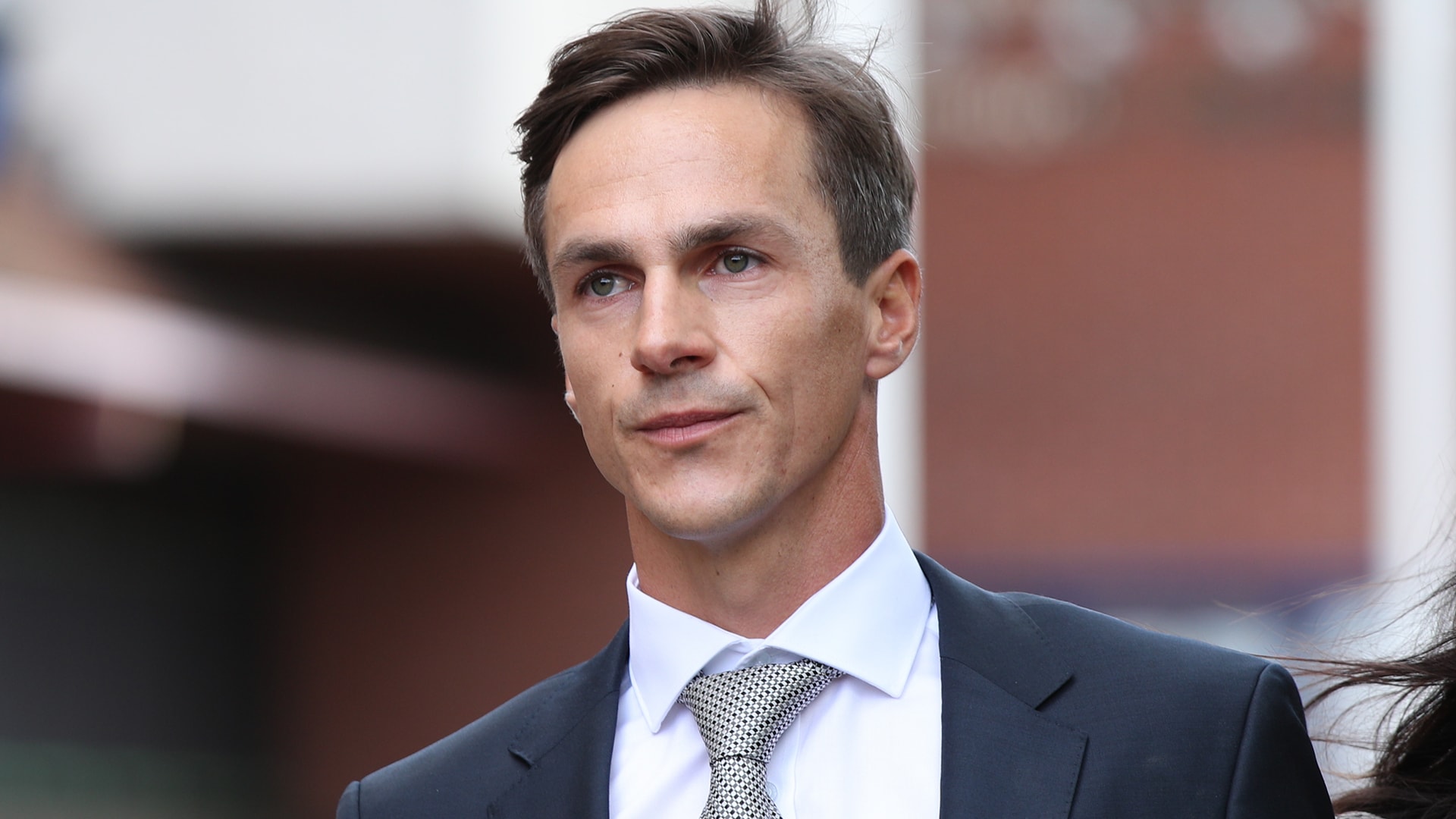 LONDON – Thorbjorn Olesen was cleared Wednesday of sexually assaulting a woman on a flight to Britain from a World Golf Championships event in Tennessee in 2019.

The 31-year-old Dane wept and hugged his partner after being acquitted at a London court of sexual assault, assault by beating and being drunk on board the plane from Nashville to London.

Olesen faced allegations he grabbed a woman’s breast, pushed a member of the cabin crew and urinated on a first-class passenger’s seat. He said he has no memory of his behavior after drinking alcohol and taking sleeping tablets.

Olesen’s lawyer said the player’s career would have been “over” if he was found guilty.

“I want to apologize wholeheartedly to everyone on board the flight ... who was affected by my behavior,” Olesen said in a statement issued after the verdict.

The jury deliberated for less than an hour.

“I do not remember anything that happened after takeoff, but I am embarrassed and ashamed by the account of my actions that was outlined during the trial,” said Olesen, a five-time winner on the European Tour who was ranked No. 62 at the time of the incidents but has since fallen to No. 432.

“I have paid a very heavy price for my mistake. This case has had a devastating impact on me personally, on my family, and on my career.”

Olesen, who was a member of Europe’s Ryder Cup-winning team in 2018, was arrested after arriving at Heathrow Airport on July 29, 2019. He was suspended by the European Tour, now the DP World Tour, the following month pending an investigation, with the suspension lifted last July because of a delay in court proceedings.

Thorbjorn Olesen appeared in a London court on Monday and denied charges of sexual assault, assault and being drunk on an aircraft.