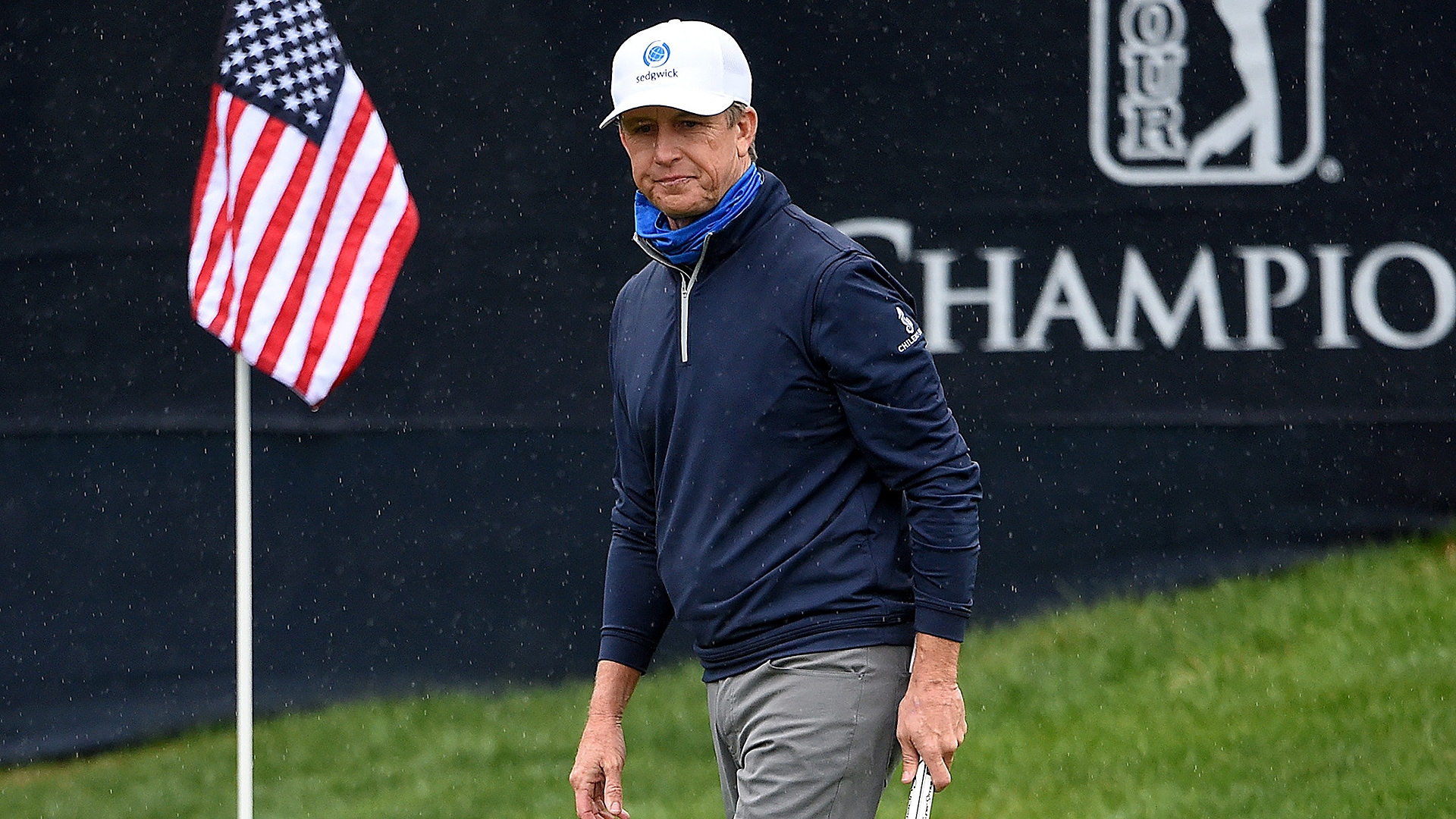 SIOUX FALLS, S.D. – Miguel Angel Jimenez bogeyed the par-4 18th to fall into a tie with David Toms and Dicky Pride for the first-round lead Friday in the rainy Sanford International, the first PGA Tour Champions' event with fans since returning from a break because of the coronavirus pandemic.

The leaders were at 5-under 65 at Minehaha Country Club, with Jerry Kelly, Paul Goydos, Paul Broadhurst and Steve Flesch a stroke back.

Jimenez eagled the par-5 12th and birdied the par-4 15th and par-5 16th before dropping the stroke on the closing hole in the wet conditions.

''You need to have more patience when you have this kind of situation,'' the 56-year-old Spaniard said about the rain. ''The weather's apparently going to be better, that's what we hope. Just keep patience, keep working and enjoy yourself on the golf course, that's the main thing.''

Steve Stricker opened with a 67. The U.S. Ryder Cup captain is the only one at Minehaha set to play in the U.S. Open next week at Winged Foot.

John Daly, a day after revealing he's being treated for bladder cancer, was in the group at 68 with Hall of Famers Fred Couples, Ernie Els and Bernhard Langer.

''I never thought I would see me getting to 50, so every year after that it's just a gold medal for me,'' the 54-year-old Daly said after the rainy round.

''That weather today, it was pretty brutal. The course didn't play easy, but the golf course is in such great shape that we could play. The fairways are still decent enough with all the rain, so hats off to the superintendent and the crew for the golf course to even be playable.''

''I'm not a very good rain player,'' Couples said. ''I putted really well today and the last couple holes were a disaster. On 18 I got the grips dry, it stopped raining and I just hit the ugliest toe-hook in the world. I got very lucky that it didn't go in the creek.''

Country singer Colt Ford closed with a birdie for a 74 in his PGA Tour Champions debut. Playing on a sponsor exemption, he had a double bogey on the par-4 fifth and played the first eight in 5 over.

Ford played with Tom Gillis and Gary Nicklaus in the first group of the day off the first tee. Nicklaus, also playing on a sponsor exemption, failed to make a birdie in a 75. Gillis shot 73.

Pride, another sponsor exemption, is making his first senior start since last summer and third overall.

''Last year was a very difficult year for me,'' Pride said. ''I played in the Senior British Open and came back and immediately had to have surgery on my thumb. I hadn't played in a year. I've gotten myself prepared, but I haven't played a lot of tournament golf.''