Through rain and hail and wind, Viktor Hovland leads the pack at Farmers 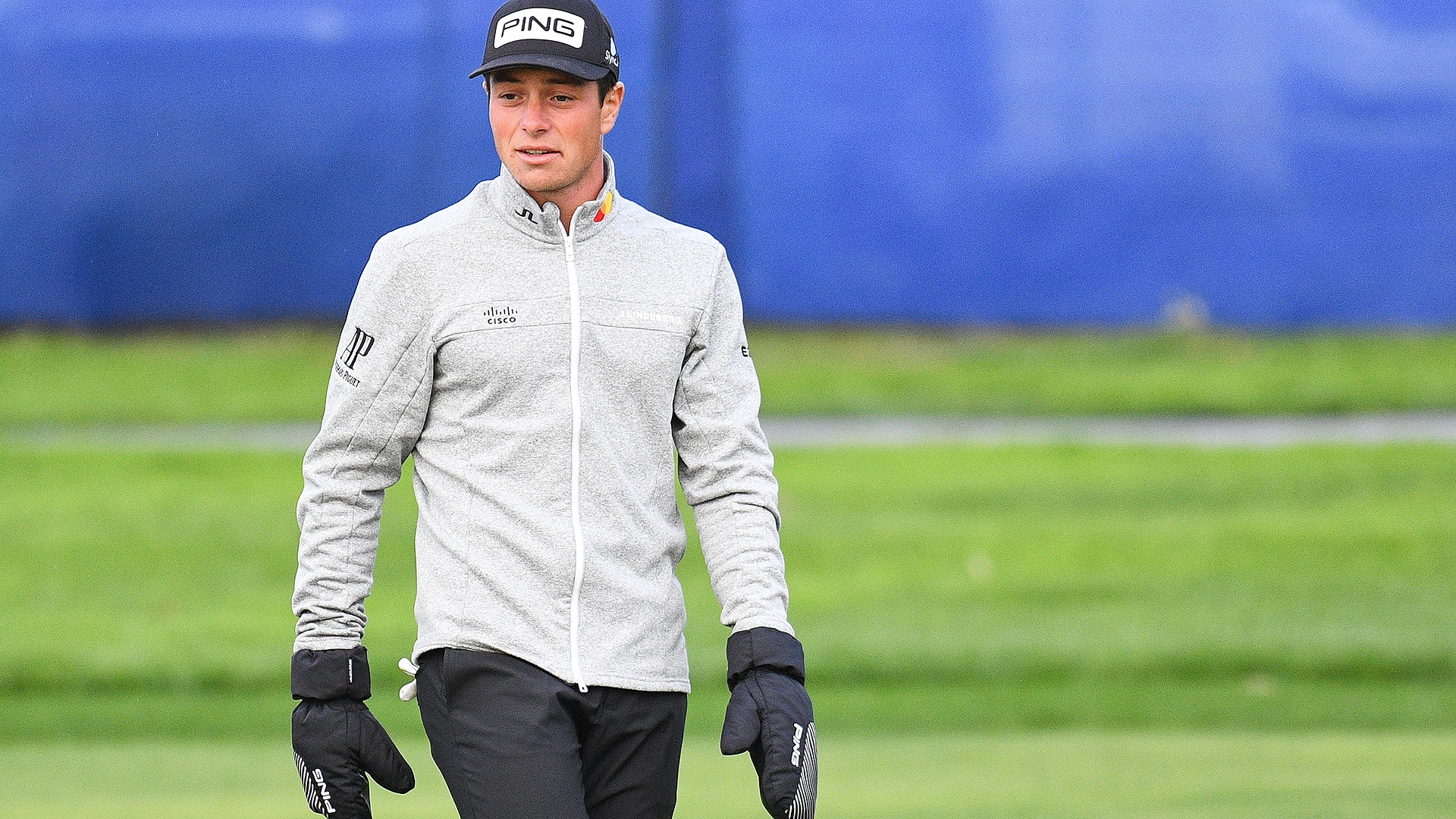 SAN DIEGO – Viktor Hovland birdied his final hole for a 7-under 65 on Torrey Pines’ tough South Course on a rainy, miserable Friday, giving him a one-shot lead after two rounds of the Famers Insurance Open.

Hovland finished his round after play resumed following a suspension of about an hour due to wind, hail and rain on the blufftop municipal course overlooking the Pacific Ocean.

The 23-year-old Norwegian closed with a 7-foot birdie putt on the par-5 ninth to reach 9 under.

Hovland leads a group of six at 8 under, including first-round co-leader Patrick Reed and Jon Rahm, who won this tournament in 2017 and finished second to Marc Fleishman last year.

Reed shot an even-par 72 on the South Course a day after firing an 8-under 64 on the easier North Course. Rahm shot a 5-under 67 on the North Course.

The weather is supposed to clear up for the weekend rounds on the South Course. The course will host the U.S. Open in June for just the second time.

Hovland lives in Stillwater, where he played at Oklahoma State. He said he’s been practicing there recently.

“That’s helped me for this week. It got really cold, obviously raining and hail, so being Norwegian I think that also helps,” he said. “I just played really solid and made some putts.” 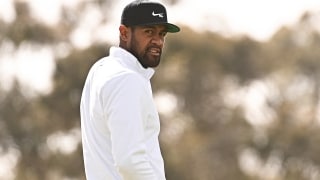 Hovland, who won the Puerto Rico Open last year for his first Tour victory, said he has confidence going into the weekend.

“I think especially playing a tough course like the South Course, you can’t really fake it, especially in these conditions,” he said. “Playing a hard golf course and then playing well, that I think is what gives me the ultimate kind of belief that I played really well today. You just can’t really fake it. But it’s another day tomorrow and we’ve got two more rounds left, so it’s definitely not going to roll over and give anything to you.”

Rahm also had just one bogey. He said it was much more difficult Friday than the opening round, which was played in nice weather.

“Those fairways are narrow enough as it is. When you start adding the side wind, it’s just not fun,” Rahm said.

“I can’t really stress how hard it can get,” he added. “North is easier. South today is brutal, I mean absolutely brutal. Every shot counts out there. Even being on the fairway some shots are not easy and with this wind and rain coming in and out, for those who played the North today, we should be really fortunate to play that course today.”

Rahm shot a 3-under 69 on the South Course on Thursday.