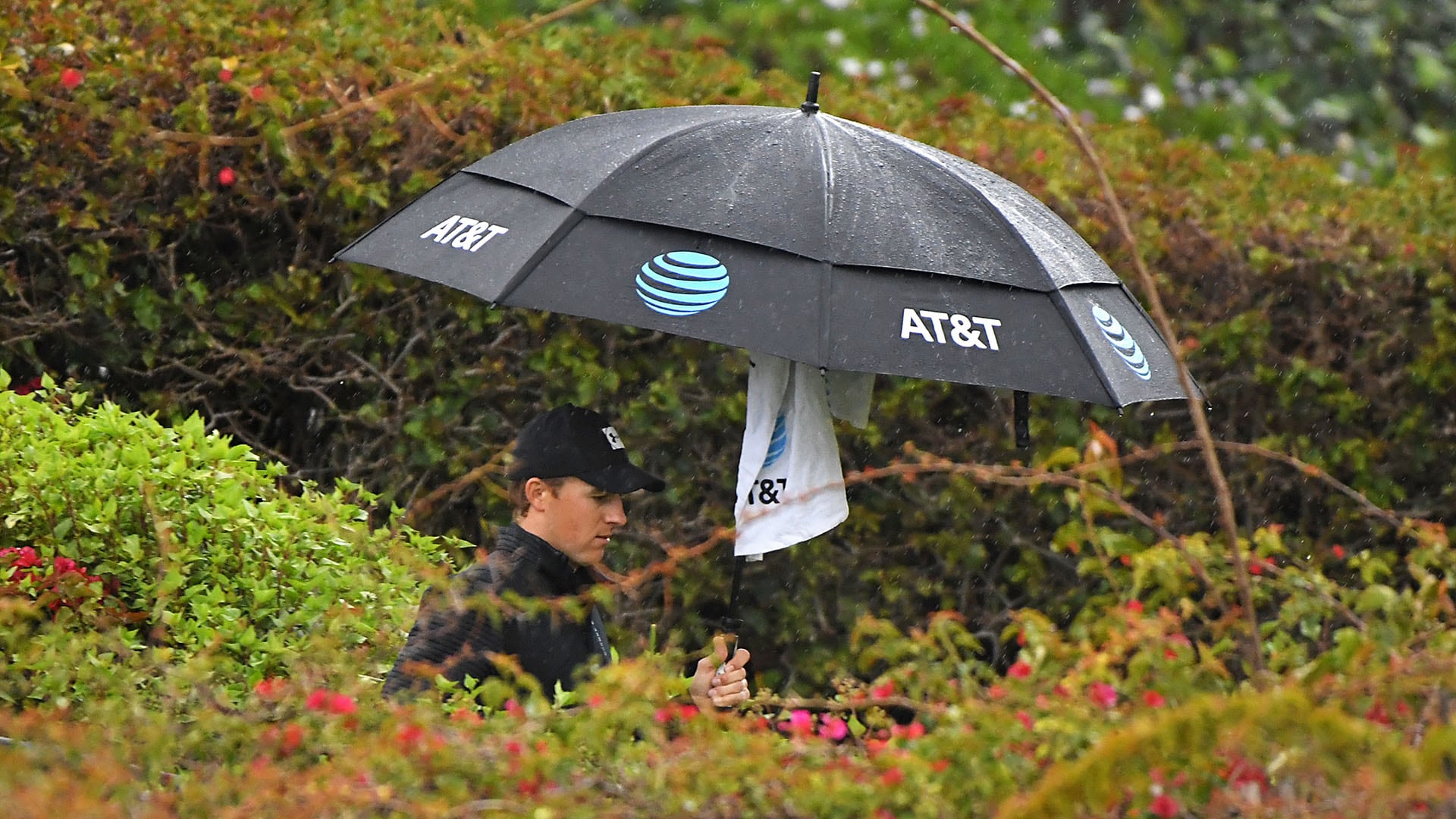 LOS ANGELES – With a storm bearing down on the Southern California coast, Dustin Johnson was asked about the challenges of playing in difficult conditions on the eve of Thursday’s opening round at the Genesis Open.

“I played last week at Pebble, it was worse than this,” the unflappable world No. 3 shrugged. “I mean, this is actually nice compared to last week.”

The AT&T Pebble Beach Pro-Am did endure its share of weather woes, which included a hail storm, on its way to the year’s first Monday finish. But Johnson probably didn’t anticipate Thursday’s deluge that swamped Riviera Country Club and has put the tournament on track for another week of fragmented rounds.

Officials suspended play 50 minutes into the first round with just 10 groups on the golf course and with a forecast that was only getting worse by the minute. The PGA Tour announced they planned to restart Round 1 and wipe the slate clean.

“We don't do that [restart a round] very often, but if I had it to do over again, we would have delayed the starting times,” said Mark Russell, the PGA Tour’s vice president of rules and competitions. “They teed off, we had their golf balls under control, but the visual never got better. The cloud cover's so thick that you just couldn't see.”

It was the first time the Tour opted to restart a round since the third round of the 2013 Dell Technologies Championship. Given the conditions it was the right call, but that didn’t make it easy for everyone.

“This is a first for me,” Patrick Rodgers tweeted with a screenshot of the text notification that was sent to players explaining the restart. “There are certainly a lot of rounds I wish this had been the case but not today.”

Rodgers was 1 under through his first hole in what he called “impossible conditions” and had found the fairway on the second hole when play was halted.

“I’ve played a lot of golf tournaments and I’ve never had shots just wiped out, but the tough part about weather like this is that everything is out of your control and you just have to be ready to play when they tell you to,” Rodgers said.

Rodgers continued that momentum when the round was restarted seven hours later at 4:40 p.m. ET and was 4 under with five holes to play when the round was finally halted because of darkness at 8:34 p.m. (the round will resume at 10 a.m. ET on Friday). He was in third place and a stroke behind Sung Kang and Jordan Spieth.

For Spieth, the restart proved to be a much-needed reset after a tough start to his day.

“I felt, given I went cart path to cart path to junk on the first start today, and then we got to restart the round, and went from kind of being unfortunate to just fortunate,” said Spieth, who was 5 under and bogey free when his day ended.

Phil Mickelson was also among those who set out in the day’s worst conditions and made one of the season’s most interesting pars at his first hole the par-4 10th. After driving it into a bunker, he found another with his approach shot. Lefty’s third shot rolled through the green and also found a bunker, but he holed his fourth attempt for par.

“Let’s try this again,” Mickelson laughed as he set off for his round for the second time on the 10th hole, which featured a more conventional two-putt par.

At least Mickelson was able to play golf on Thursday. Half the field from the afternoon wave, including Tiger Woods and Justin Thomas, never teed off and will face a marathon Friday at Riviera.

“The other wave will tee off tomorrow morning [starting at 10:50 a.m. ET] and will go again in the afternoon. So the players that you're going to see tomorrow you'll see all day,” said Steve Rintoul, the Tour’s advanced rules official for the Genesis Open.

Rintoul was optimistic they could still finish the event as scheduled, although that will likely require the completion of the third round early Sunday and depend on the forecast the rest of the week. The weather forecast calls for a 60 percent chance of more rain and cold winds on Friday. After 2 inches of rain in the last 24 hours, it wouldn’t take much for Riviera to become unplayable again.

“The weather looks better for the weekend, so hopefully we have a good third round Saturday afternoon,” Rintoul said. “We’ll probably still be finishing the third round on Sunday morning and try to get you guys a champion by Sunday evening.”

Johnson was correct. The weather at Pebble Beach was worse, but that didn’t make Thursday’s round nice by any definition. 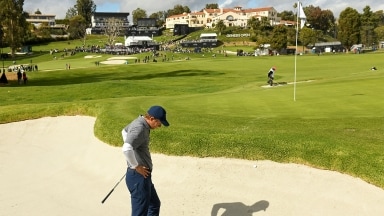 Jordan Spieth started off the final round of the Genesis Open with a birdie. From there, it only went downhill. He has at least one 3, 4, 5, 6, 7 and 8 on his scorecard. 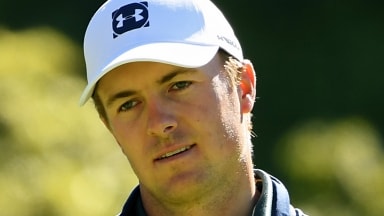 Spieth: 'Should have an advantage, being 25' 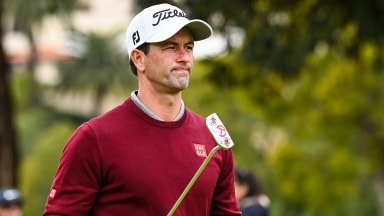 Adam Scott has often tried different methods to find his putting stroke, and Friday at the Genesis Open led him to a method he'd never planned of.