Tied atop jam-packed Genesis leaderboard, Rory McIlroy might have most left in the tank 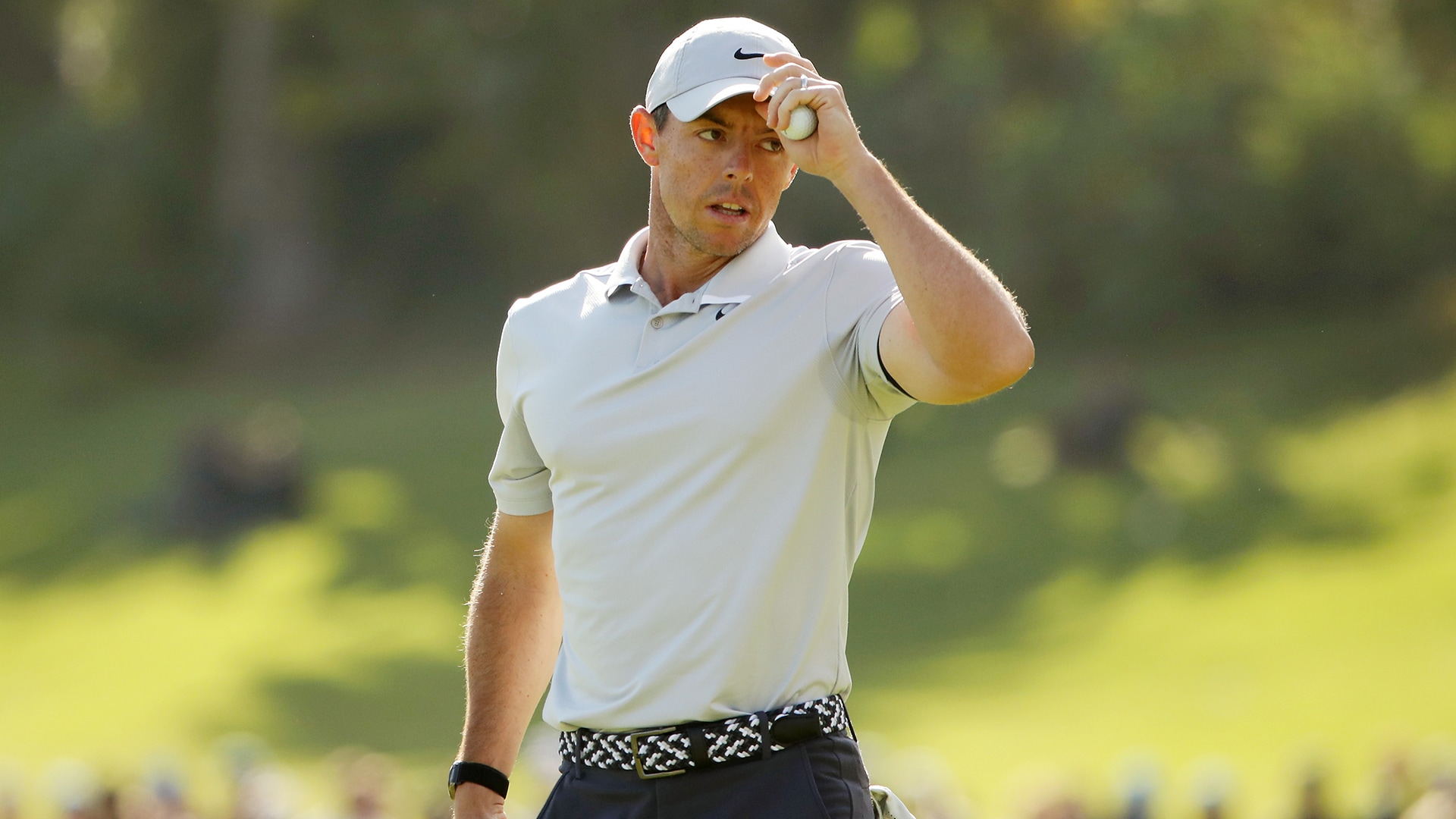 LOS ANGELES – Most players, caddies and officials are slightly red-faced and short-winded by the time they reach the top of the hill behind Riviera’s amphitheater 18th green.

Not Rory McIlroy. No, after a nifty save to remain in a three-way tie for the lead at the Genesis Invitational, he blew past his playing competitors and bounded up the winding steps and into the clubhouse.

Was this some sort of psychological ploy? A way to remind them that there’s still plenty left in the tank? That, even if they’re tied, he’s actually still ahead?

McIlroy laughed off the suggestion, but it did provide a fitting scene for what appears to be a final-round sprint.

McIlroy could make a statement with a significant victory in his first week as the new No. 1, but he also has company at the top of the leaderboard. Joining him in the final group is Matt Kuchar, who has held at least a share of the lead after all three rounds, and Adam Scott, an unofficial winner here (2005) at one of the most famed stops on the Tour schedule.

Dustin Johnson, Jon Rahm and Bryson DeChambeau are all lurking, too, among 16 players who are within four shots of the lead heading into the final round.

So congested is the leaderboard, in fact, that there was a backup for the players to sit down in the interview tent. Scott was rushed through his presser, with only five questions, as McIlroy and Kuchar patiently waited outside the door, scrolling through their phones. Once Scott was finished, the other two co-leaders held a rare joint interview, a potentially awkward setting for any probing questions.

Early on, the topic of a wire-to-wire lead was broached. Kuchar had never led throughout a Tour event on his way to victory; McIlroy had a few times, most notably in two majors, in 2011 and ’14. What did he recall about that experience, of a target being affixed to his back, of the weeklong fatigue? “Can’t remember,” McIlroy joked. “Been that long.”

Then he continued: “When you’ve had the lead, that’s got to give you some confidence going into the final day. You’re playing well. You’ve played better than the rest of the field, so there’s no reason why you shouldn’t go out on that last day and continue to play the way you have the first three days.”

Re-read that last part again: There’s no reason why you shouldn’t go out on that last day and continue to play the way you have the first three days.

In other words: Let’s see what you’re made of, Kooch.

Historically, Kuchar has owned a dismal record with the 36-hole lead (3 of 14), and his conversion rate with a third-round advantage on Tour isn’t much better (44%). That could make for a gut-check final round, especially alongside the wildly popular McIlroy, the world No. 1 who has excelled this week in every facet of the game, and Scott, who leads the field in strokes gained: tee-to-green (10.3!) and seems to be the rare player with a handle on these bumpy poa annua greens.

Ah, but there’s so much more intrigue to this final round. Looking for his first win in a year, Johnson eagled the 17th hole for a 67 that put him only two shots back. Big-hitting DeChambeau leads the field in driver performance and trails by four in his search for a validating victory. Hideki Matsuyama (now four back) went nuts with a Saturday 64 after making the cut on the number. And there’s also a handful of surprises hovering near the lead, names like Joel Dahmen and Talor Gooch and Wyndham Clark. For all of the glitz and glamour of L.A., remember that John Merrick and James Hahn are recent winners here, too.

Heading into the final round McIlroy views the Interstate 405-level congestion as a benefit, not a hindrance.

“You just have to worry about yourself, concentrate on what you’re doing, do it well, set yourself a target, don’t think about anyone else and if that’s good enough at the end of the day, great,” McIlroy said. “And if not, then someone just played better than you and hats off to them.”

McIlroy then turned to Kuchar, waiting for him to weigh in.