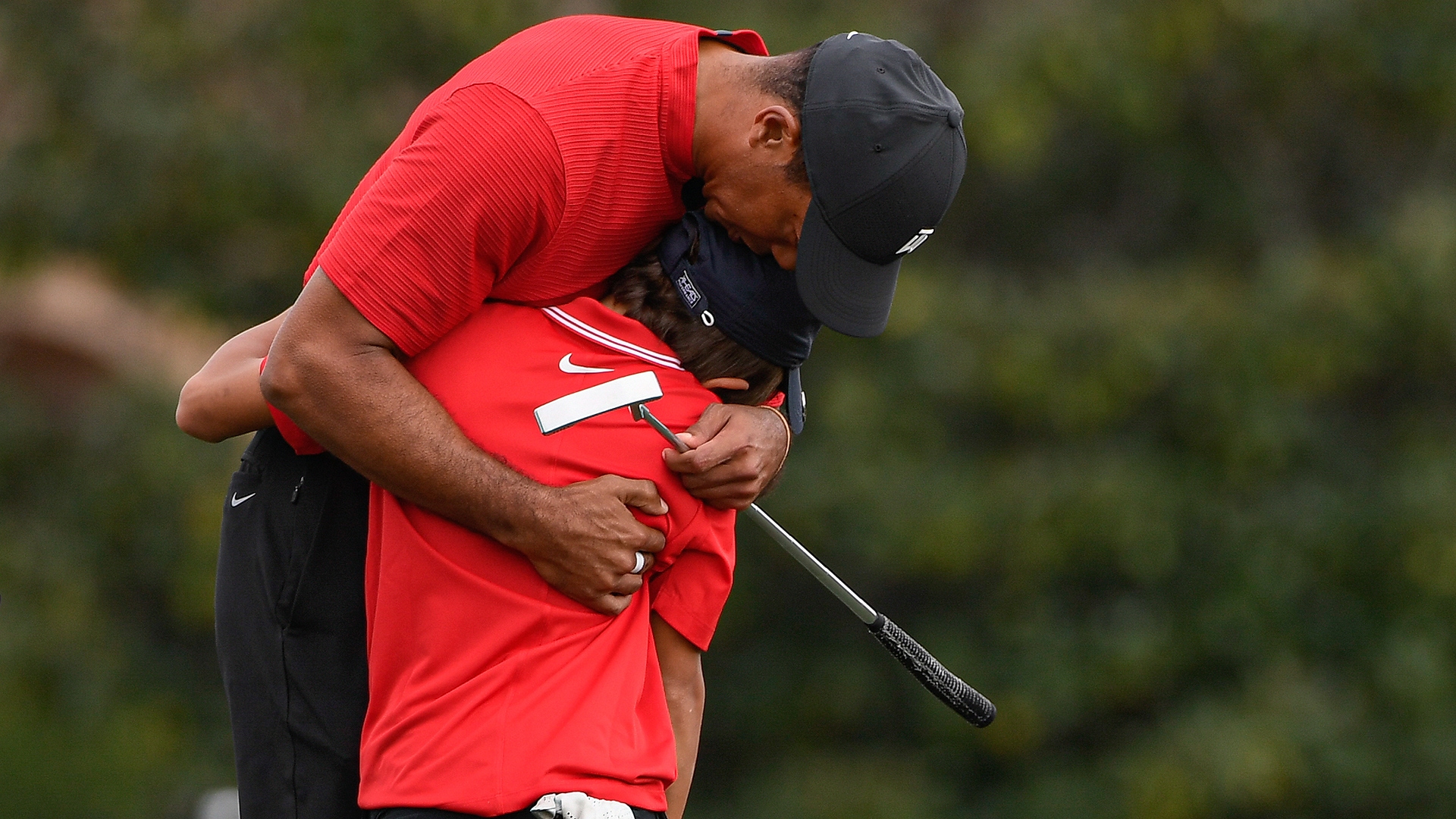 ORLANDO, Fla. – For so many years the only view of Tiger Woods was through the competitive lens. He was stoic, focused, driven and infinitely confident in his own abilities.

For so long Tiger was defined by what he did for a living, his play on the course and how he rewrote the history books with each milestone victory. He was, to everyone except the chosen few within his small circle, what his professional resume said he was – a singular talent and driven competitor.

That narrow definition began to slip away in recent years as injury appeared to force him into a pre-retirement expansion of his public persona.

In 2016 Tiger, who had been sidelined by a bad back, traded his clubs for the keys to a golf cart as one of Davis Love III’s vice captains at the Ryder Cup. In this new role the golf world was given an expanded view of an intense taskmaster with a tireless drive to leave nothing to chance.

As the U.S. team’s front man last year at Royal Melbourne that picture was expanded even more as he deftly called all the right plays in his dual role of playing-captain.

But it was this week’s PNC Championship – which was formerly known as the Father-Son Challenge, but has been expanded in recent years to include daughters, stepsons and every other degree of family connection – when the layers were peeled back enough to reveal a doting and protective father.

Given Tiger’s craving for privacy it’s safe to assume that he reluctantly introduced his son, Charlie, to this spotlight at such a young age, but as he explained this week, he felt the 11-year-old was ready.

Charlie Woods’ game proved very much ready for prime time. The younger Woods regularly carried his high-profile father with drives that found the fairway with refreshing consistency and approach shots that were almost always pin high, as if having the surname Woods came with a genetic predisposition for flawless ball-striking.

For the week Team Tiger had 16 birdies, three eagles and just two bogeys for a 20-under total that was five shots off the winning pace set by Justin Thomas and his father, Mike.

Wild expectations are always part of the gig for Tiger and the breathless reactions to his son’s play at the Ritz-Carlton Golf Club, Orlando were both predictable and misplaced. This is where Tiger, the father, was quick to show an endearing side when he was asked about his focus for the week.

“I’m trying to make sure Charlie is in the right environment, that he’s sheltered. He’s away from all of this [media], what I have to do - make sure I do all of it so he can practice and play and make sure he can enjoy the golf side of it,” Woods said. “I will take care of all of this stuff. Making sure he’s able to have fun just playing the game of golf.”

If that sounds a million miles away from “second sucks” it’s a testament to what this week meant to Tiger. He may have been a reluctant participant but once he signed on there would be no half-measures. It’s always been acknowledged that he embraced fatherhood with a predictable zeal, but this week proved what we all thought.

Tiger and Charlie spent two days high-fiving and laughing and hugging. The two talked shots and strategy, and trash to Justin and Mike Thomas. They were utterly inseparable.

“He’s been a tremendous father to Charlie and to [daughter] Sam. He’s obviously a very committed dad. This is a big stage, to bring little Charlie out at 11 it could be a little intimidating, but we witnessed something really special with the way they played,” said Mark O’Meara, who was part of Tiger’s inner-circle early in his career.

Even those who have been in Tiger’s orbit over the last two decades were drawn to this new side.

“He’s like any other father. Gloating on his son and proud of him, happy for him to succeed,” said David Duval, who was paired with Team Woods on Sunday. “Everybody changes and grows and matures. Perspectives change, priorities in life change. None of us are the same person we were five years ago, 10 years ago, 15 years ago, he’s no different than any of us.”

Tiger will always be the 82-time PGA Tour winner and 15-time major champion. Greatness has a tendency to dominate a legacy, but for two days the world was witness to a new perspective. 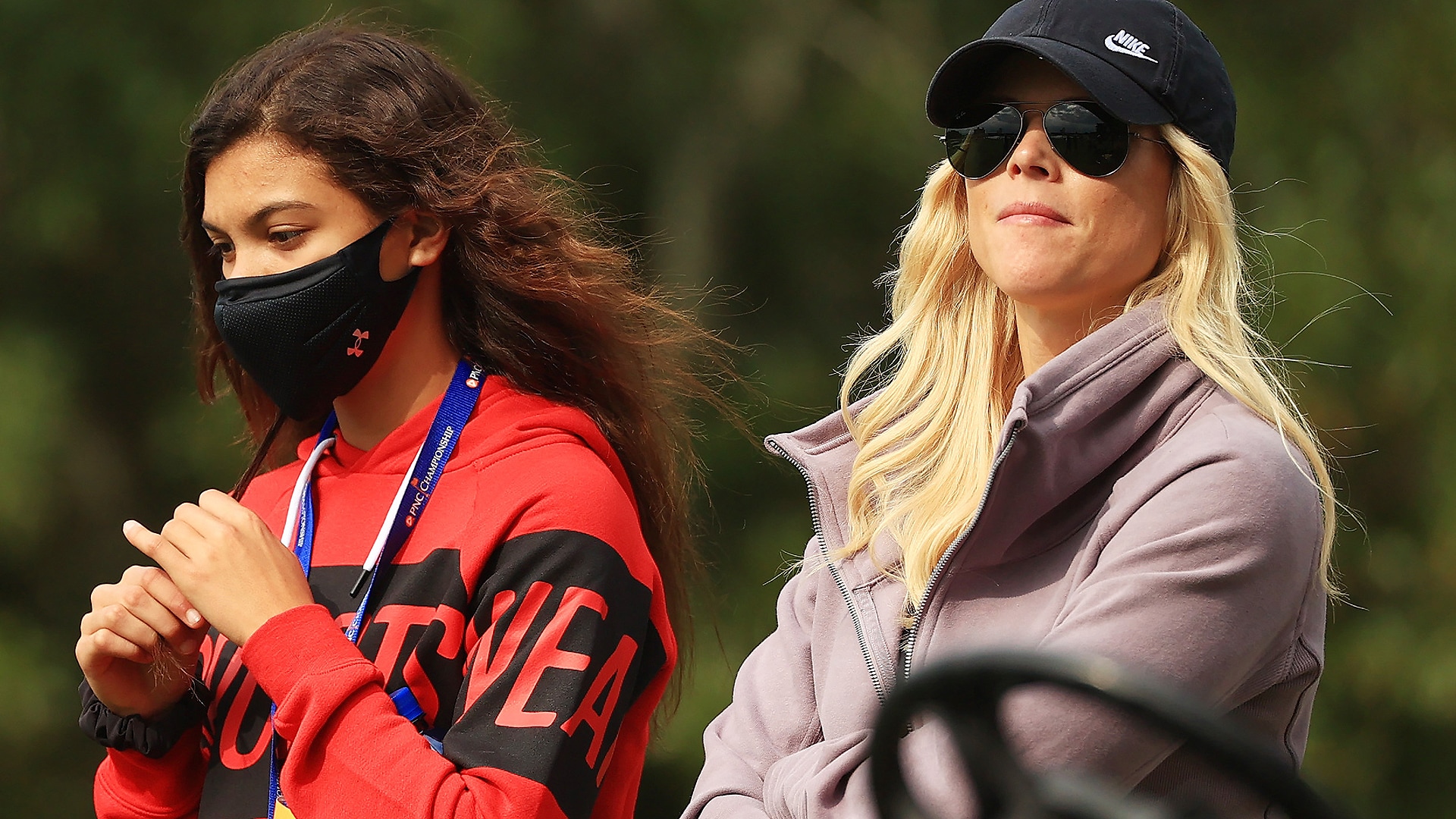 With his ex-wife, Elin Nordegren, Charlie and Sam's mom, walking with his group for the first time since they were divorced in 2010 there was a glimpse of a single father with a complicated life.

After the team finished off their second-consecutive 62 Tiger was asked about his late father, Earl, and he offered another view, that of an emotional son.

But mostly, Tiger was a father who wanted the very best for his son.