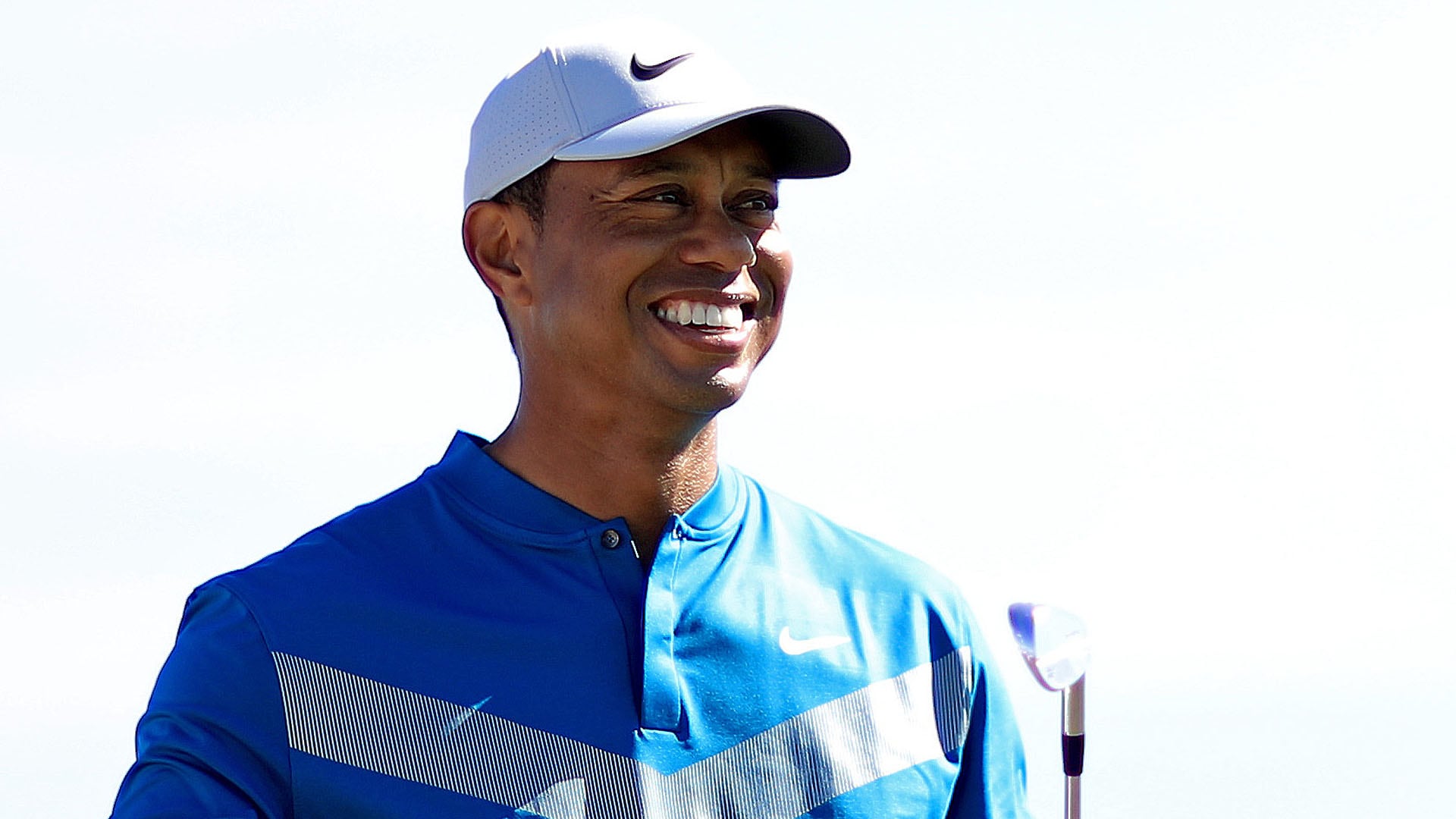 NASSAU, Bahamas – Tiger Woods was brilliant off the tee, solid with his irons, and made just enough putts to shoot 5-under 67 in the third round of the Hero World Challenge.

Woods, in search of his sixth tournament victory, is two shots off the lead entering Saturday’s finale at Albany. Some thoughts – equally as amazing as Tiger’s accuracy on Friday:

• Did I tell you or did I tell? I told you. Set the over/under today at 67.5 and, once again, it was on the mark. Woods finally solved the dastardly par-4 18th, making birdie to wrap up his day.

• Tiger took advantage of hole Nos. 11-16 for the third straight day. He played that stretch in a combined 10 under the first two rounds and was 3 under on Friday.

• Did I mention he was brilliant off the tee? Tiger missed the first fairway of the round and nary a one thereafter. Yeah, these fairways may be wide, but 12 of 13 is 12 of 13.

• As for his iron play, Tiger hit 14 of 18 greens in regulation, including seven of eight on the back nine.

• His putting wasn’t sharp early, as he needed a dismal 16 swipes. But despite hitting two more greens on the back, he needed three fewer putts. Because, Tiger.

• Tiger’s best shot of the day was at the par-5 15th, where he hit a flop shot over a bunker to make birdie. He described it as a “high, spanky 60 [degree wedge].” Adding, “This was all-world for me."

• Keep an eye on the par 3s in the final round. Woods missed three of five greens on the shorter holes, compared to only one of 13 on the par 4s and 5s. His lone bogey of the day came at the par-3 eighth, where he didn’t hit a “high, spanky 60.”

• It’s been mentioned several times this week and it will undoubtedly come up again on Saturday. But NO. When he wins this thing tomorrow it WILL NOT count as his 83rd PGA Tour win. Just his sixth Hero victory.