TT Postscript: Not Zozo or Presidents Cup, but Tiger not far off to begin 2020 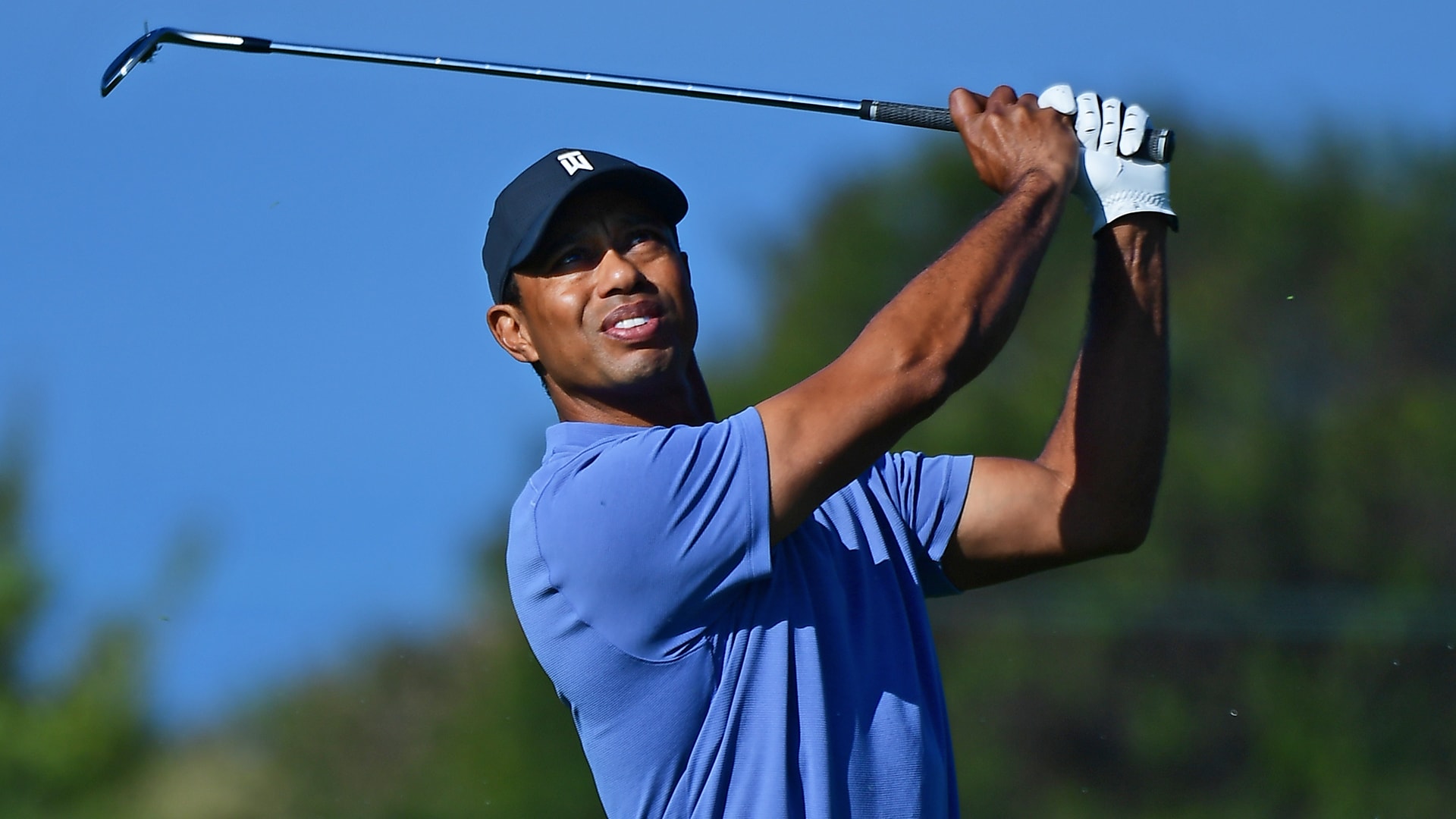 SAN DIEGO – New decade. New driver. But a largely familiar Tiger. The eight-time winner at Torrey Pines opened with a round of 3-under 69 Thursday on the North Course. I offer you assorted takeaways from Woods’ first round of the 2020s:

• Yes, Tiger has dominated this place – but not since his last win in 2013. Since then, the venue has largely passed him by. Coming into this week, he had broken 70 just once in his last 14 trips around Torrey, with his final-round 67 last year proving the lone exception. He hadn’t broken 70 on the North Course in his last four tries. That’s what made Thursday’s round encouraging.

• He was hardly perfect, and the beefed-up North is the easier of the two courses, but Woods still worked his way to five birdies and a round in the 60s. He looked healthy. He looked engaged. He looked competitive. He didn’t look like the guy who won PGA Tour title No. 82 in Japan or the dude who picked apart Royal Melbourne at the Presidents Cup – but he didn’t look all the far off either. Save for two uncharacteristically sloppy mistakes with a wedge in his hands, he was solid. If anything, he was little bit boring. And for the first round off a two-month break – and for all the dispiriting drama we’ve had around this place in the last five years – I’ll take boring golf and a 3-under 69.

• The two mistakes he made that led to bogey both smacked of rust. He dumped a flip wedge in the front bunker after a terrific drive at 11 in a distinctly amateur move, sliding straight under the ball. He later missed the fairway at 18, his ninth hole of the day, hacked out down the fairway, and failed to fly his pitch over a ridge in the green, watching it come back at him. Two miscues you could chalk up to time off. Otherwise, the short game looked pretty sharp, setting up two of his five birdies and saving him three other shots around the greens.

• Changing gears, and clubs, after two days of tinkering, Woods did indeed make the switch to TaylorMade’s new SIM driver, leaving the M5 back in the locker room. And he looked good. He hit the big stick 13 times and found the fairway on eight of those occasions (nine if you count the ball in the first cut at 11). After a smooth start, he missed three straight drives on Nos. 16-18 and then not another one until the par-5 ninth, his final hole of the day.

• He even got it out there past the kids a couple times. Asked about keeping up with playing partners Collin Morikawa and Jon Rahm, the 45-year-old laughed and then had to break some sad news to all of us: “I can’t keep up with Rahmbo,” he said. “Are you kidding me? I don’t have that gear anymore.” Tracker wept.

• Extra gear or not, he did what he needed to on the par 5s, circling three of the four, with a pair of spiffy up-and-downs and a failed bid for eagle from 15 feet at No. 5. The only one that got away was the 10th, his first hole of the day, when he sailed a mud ball right of the green and had to settle for his par.

• In summation, this was an encouraging start, and I’m excited to see what he can do on the South tomorrow. Torrey hasn’t been a fair fight for Tiger in a long time, but something tells he’s not yet done with this place.