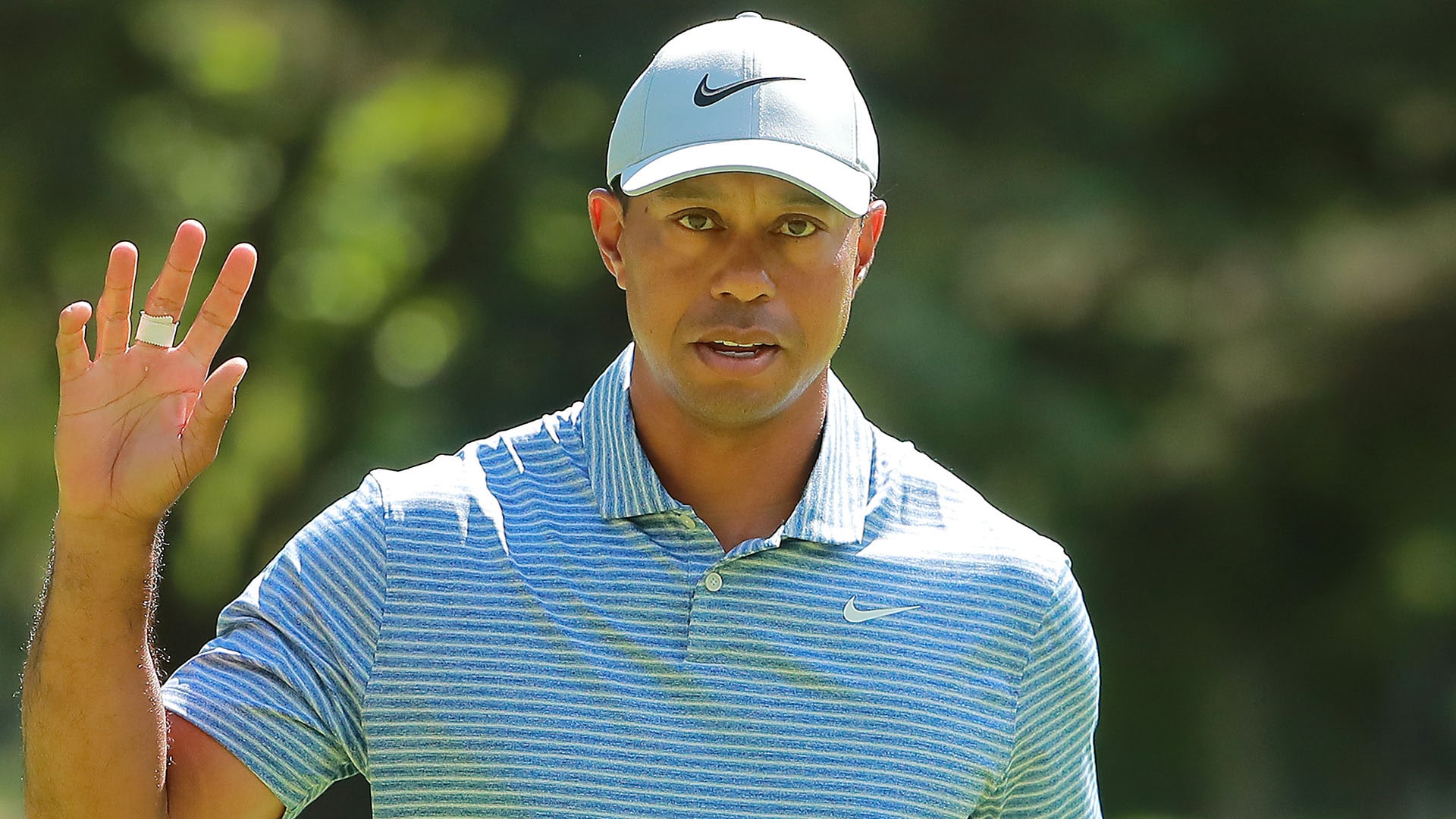 MEXICO CITY — Tiger Woods took two off the first tee and fought back from there Thursday at the WGC-Mexico Championship. Some thoughts and observations from an up-and-down round of even-par 71 on Day 1 at Chapultepec Golf Club:

• Well, that could have been worse. Frankly, both of those balls he hit off the first tee could have (should have?) gone out of bounds. It was clear he was trying to hit a cut onto the green at the drivable par-4 but said after the round that he toed both attempts. The tree he whacked with his second ball is the only thing that kept him from teeing up a third Bridgestone.

• Following steady pars at Nos. 2 and 3, he rallied back with three straight birdies on Nos. 4-6 to erase the double and get into red numbers. He hit a laser iron from 206 yards to 2 feet at No. 4, sank a bending 22-footer at No. 5, and took advantage of a short wedge into the par-5 sixth.

• And then, things just kind of stopped for a while. “Couldn't make any birdies after that for some reason,” Woods admitted, before adding an incisive, “It is what it is.” The round just went flat for a good two hours. He missed a 4-footer for par at No. 8 that robbed him of his momentum. Following four more pars, he missed another 4-footer for par at 13, the second of three putts from 37 feet. Those two short misses were part of a largely frustrating, largely boring eight-hole stretch.

• The lid finally came off at the par-5 15th, where Woods got back to even par with his final birdie of the day. He Hideki Matsuyama’d his drive 325 yards down the middle with a one-handed release and followed with a fairway wood that bounced over the back of the putting surface. From there, he trickled something of a mini-flop down the hill and cleaned up for his four.

• He certainly tried to give that birdie back on his way into the clubhouse but gutted out two key pars at 16 and 17, getting up and down from the gallery and sidedooring a 12-footer. Through 18 holes, he’s eight off the lead held by Rory McIlroy. “Well, I think realistically I could have gotten probably 4 or 5 [under] out of it today,” Woods said. “Just couldn't quite keep it going. Eight [under] is leading right now, but it's a pretty bunched leaderboard. I think 3 was actually on the board there. A lot of guys are coming up with the same scores.”

• If you want a clue into just how different the conditions, the weather and the elevation all are from last week at Riv to this week at Chapultepec, check this out from T: “Last week we were hitting 5-irons and they were going about 169, 172. Here I hit wedge that went 205. A little bit different in the two weeks.” Yeah, just a little.

• As fun as his three-birdie run was, the real highlight of the round came before he even teed off.

Tiger’s opening tee shot(s) did not live up to his first-tee introduction. pic.twitter.com/BkZCgvOnLk