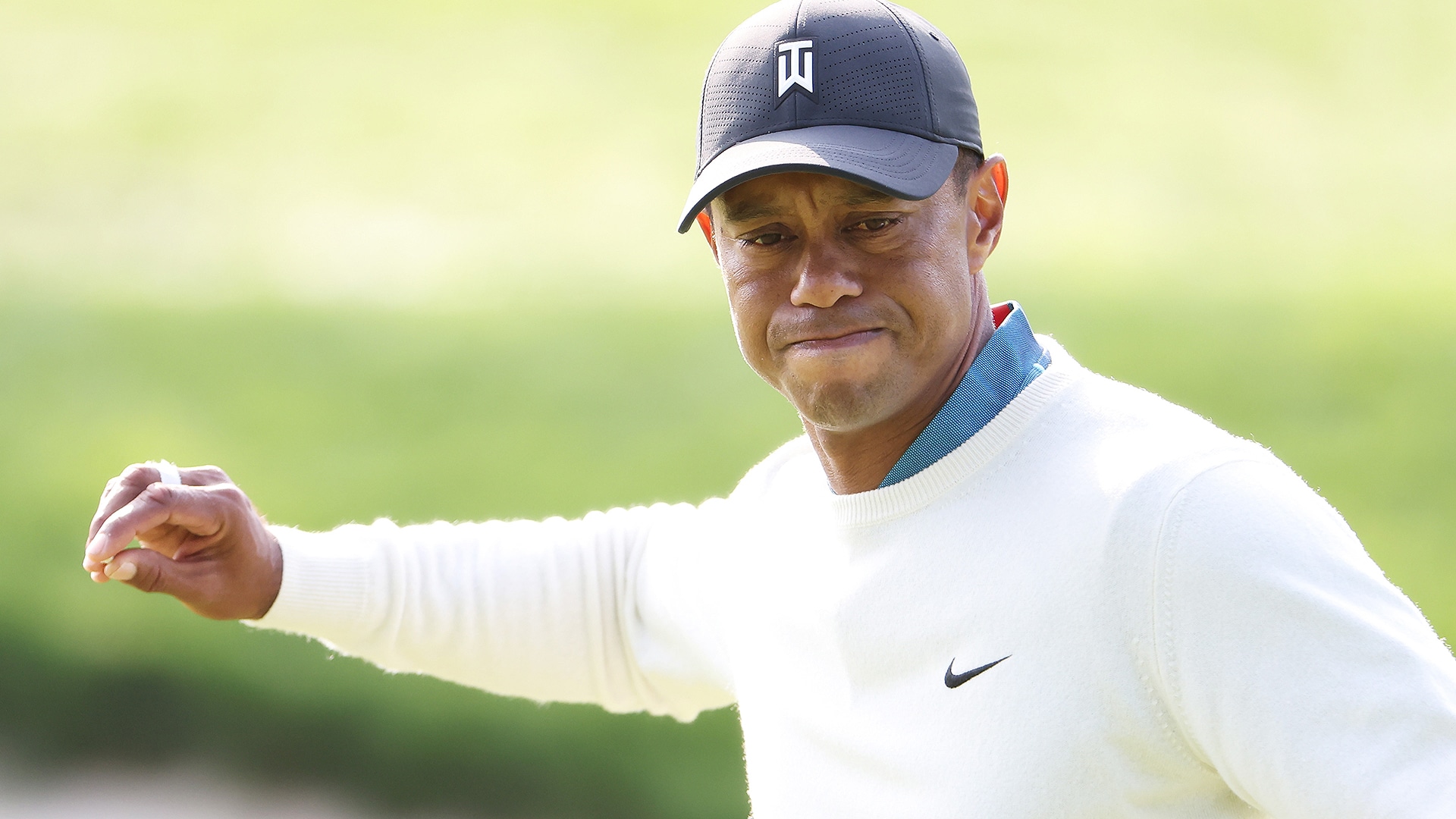 This one is going to be short and, well, not-so sweet. Tiger Woods hacked it all over Winged Foot Friday during the second round of the U.S. Open. He did not do anything well. For much of the day it looked like he may not break 80 and he wasn’t remotely close to making the cut, shooting 7-over 77 to end at 10 over par for the week.

That’s really all you need to know. But I’m a professional and I’ll do my level best to crank out a few nuggets here to end the week.

•  Look, this week absolutely blows. But the U.S. Open, of them all, was always and forever going to be the major that suits him least in this, the later the phase of his career. It just is. This one is hard. The hardest of them all. He can’t find fairways, his short game isn’t in good enough shape to grind like he needs to. It’s just hard and it’s hard on him.

The Masters, The Open, the PGA Championship and the U.S. Open. That’s the list. That’s the ranking of majors and how they favor him.

•  Tiger made two double bogeys during the second round, making it three total for the week. He doubled the par-4 18th hole in Thursday’s first round when he chunked a chip that rolled back down the green. He failed to get up and down and made 6.

On Friday, the 18th was his ninth hole of the day and found himself in a similar spot. He tried to hit an impossible flop shot that didn’t make it to the green. The ball rolled back down close to where he was. He failed to get up and down again and made another 6 to play the hole in 4 over for the two days.

•  Friday's double bogey on the 18th was bad enough, but it came only two holes after he made his first of the day. On the par-4 16th he got a great break off the tee when he was allowed a free drop out of the rough and into the fringe because of a sprinkler head. His second was in a bunker. His third failed to reach the green and he did not get up and down.

•  In fact, there was a six-hole stretch where Tiger was 6 over par – from Nos. 16 through 3. He went double bogey, par, double, par, bogey, bogey. After bogey on the third hole (his 12th of the day) Tiger was 7 over and all of a sudden shooting 80 was in play.

•  Two holes later Tiger three-putted the fifth hole from 45 feet and all of a sudden was 8 over for the day, needing to play the remaining four holes in 1 over to break 80. He then bogeyed the next hole.

•  But it happened. IT HAPPENED. Hitting it sideways for most of the day, Tiger finally hit a laser to 4 feet on the par-3 seventh hole and made birdie. He made another birdie on the last hole of the day, the par-5 ninth hole, to make the score look better than it really was.

•  What’s next for Tiger? He and Justin Thomas are playing in a charity match against Rory McIlroy and Justin Rose on Tuesday (Sept. 22) to open Tiger’s Payne’s Valley Golf Course in MIssouri. But after that, he might go radio silent until his Zozo Championship title defense, Oct. 22-25, at Sherwood Country Club in California. Tiger confirmed Friday that he'd make that start, but that would mean four weeks off. It’s possible he could play the week prior to Zozo, at the CJ Cup at Shadow Creek in Las Vegas (site of his 2018 "Match" defeat to Phil Mickelson). But after Zozo, it’ll be onto the Masters two weeks later. He is, after all, still the reigning Masters champion.