TT Postscript: Woods and Thomas love them some them 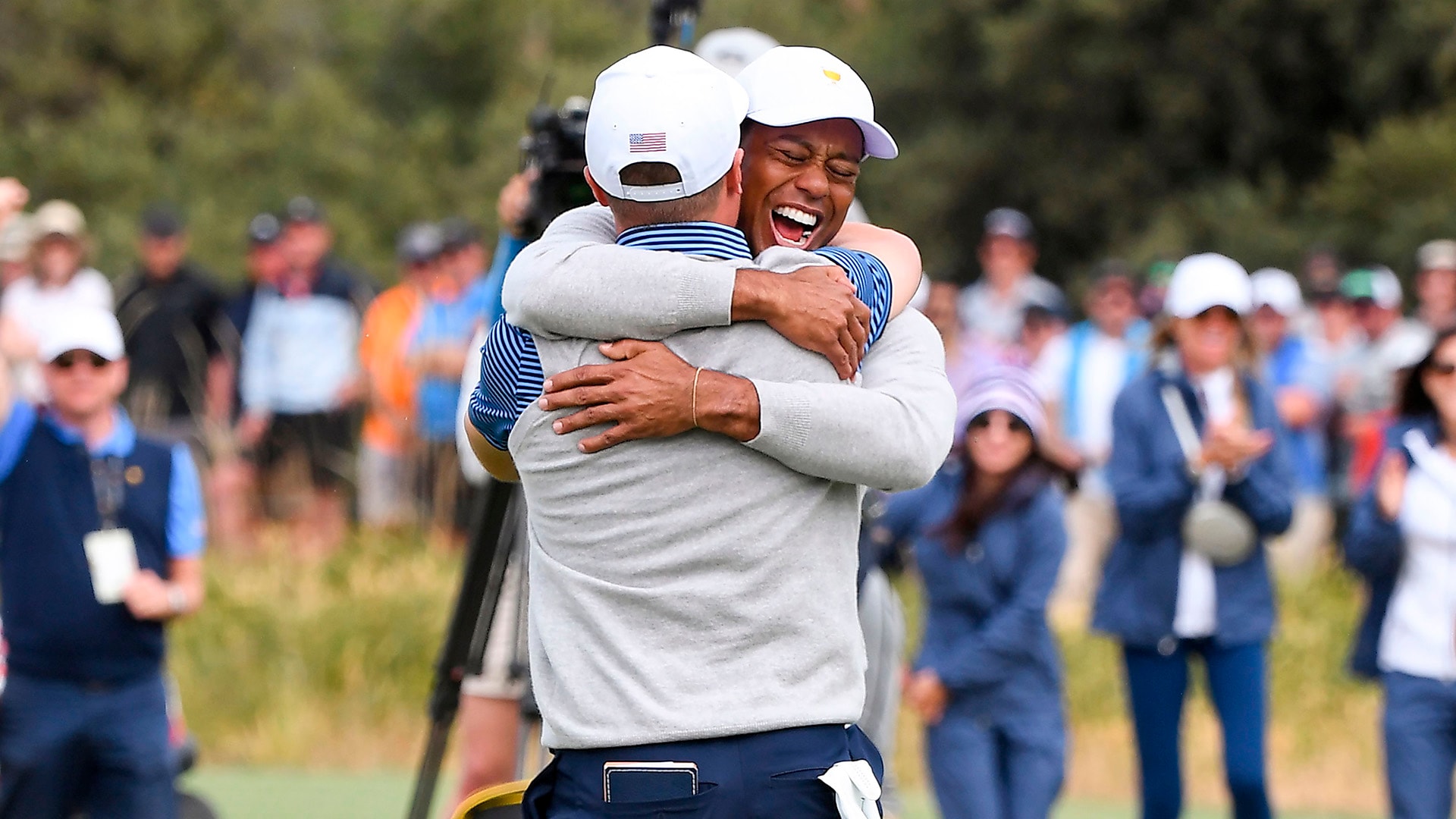 MELBOURNE, Australia – Hey, hey, what do you know? Our man found a new partner. Tiger Woods and Justin Thomas are 2-0 after winning two key matches for the Americans in the Presidents Cup at Royal Melbourne.

During Friday foursomes they jumped out to a quick 2-up advantage after four holes and appeared to be cruising before Ben An and Hideki Matsuyama rattled off wins on three consecutive holes to take the lead.

Heading to the final hole tied, Thomas drained a 17-footer for birdie to win the hole and the match. The Americans tied the session and still trail the Internationals by 3 points overall.

Here are some thoughts as we face a marathon two-session day on Saturday where 8 points are up for grabs.

• The Thomas moment on the final hole was the only real memorable moment of the match. Thomas went nuts, Woods went nuts, the whole American team went nuts. “Gives me absolute chills man,” he said.

• Thomas yelled, “I love me some me,” thanks to a YouTube video he had been watching of Terrell Owens. Lost in it all is that Woods said the same thing. They had been watching the video on the team bus earlier in the morning and decided they’d say it if something big happened. “We had our moment on the last hole and we both said it at the same time,” he said.

• It’ll likely be overlooked by the end of the week, but Woods made a huge birdie putt on the par-4 13th hole that he absolutely had to make. They made birdie, won the hole and tied the match at a crucial point.

• Also overlooked will be Thomas’ lag putting. He certainly hasn't played his best golf so far this week, but he came up huge in situations that most will not remember. Thomas stood over a 90-footer on the 10th hole and lagged it to 4 feet, and Woods converted. At 12, Thomas lagged an 80-footer to inside 8 feet, and Woods made it.

• Woods is going to rest Saturday morning fourballs, which means he’ll absolutely play in the afternoon foursomes. Best guess is he’ll team with Thomas again. It would also mean that Thomas would play all five matches.