TT postscript: First round in 60s this year 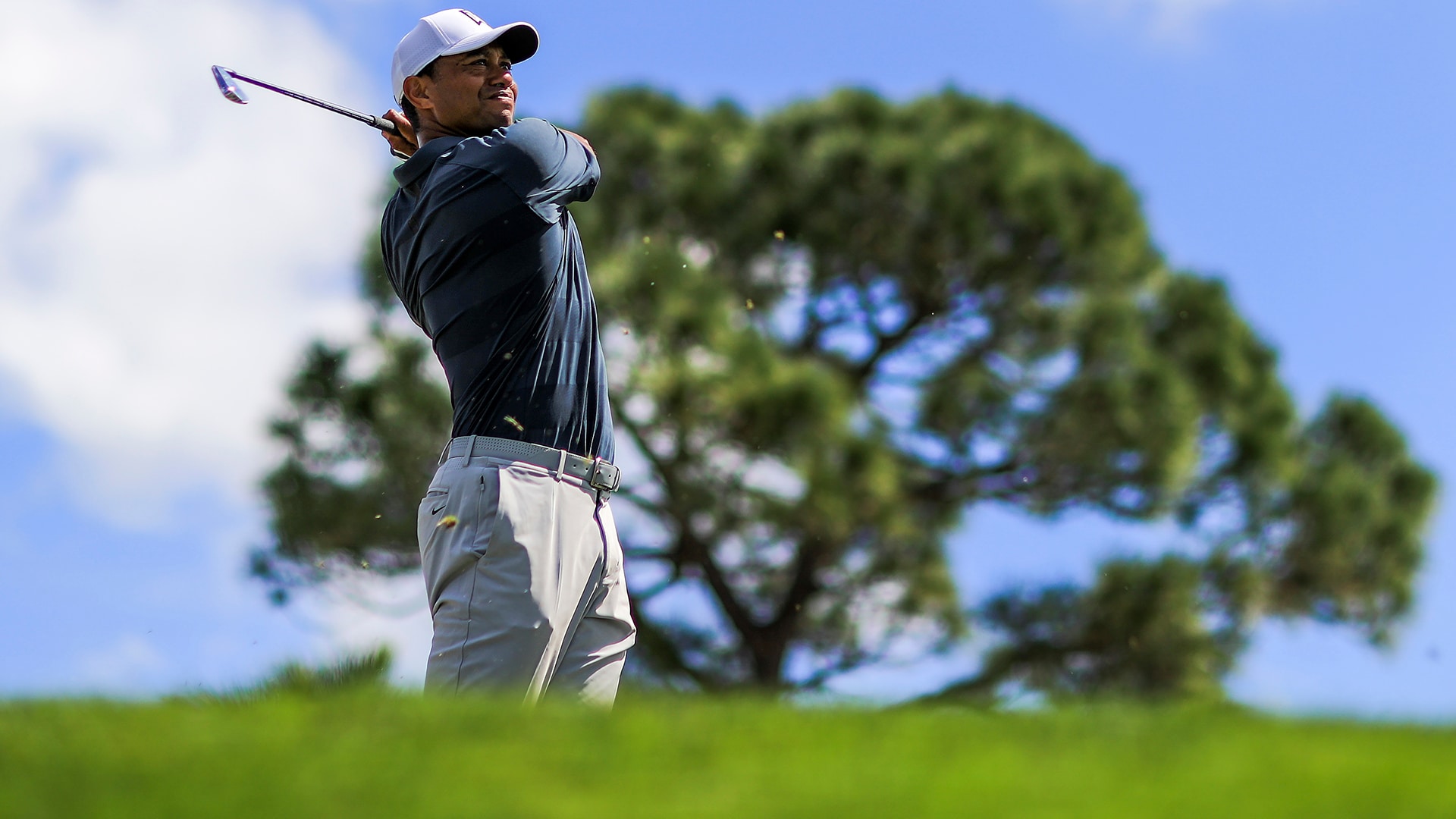 PALM BEACH GARDENS, Fla. – Here are some observations after watching Tiger Woods’ 1-under 69 Saturday at the Honda Classic:

• Check that. He didn’t get enough putts to drop for birdie. Woods rolled in a couple of nice par-savers, none bigger than his 16-footer on 12 that he celebrated with a hammer fist pump.

• Through three rounds, Woods is second in proximity to the hole with his irons. Sure didn’t see that coming after last week’s debacle at Riviera, where he hit only 16 greens in regulation for two rounds. He hit 13 greens just in the third round – and that was on a wind-whipped course with trouble everywhere. Big-time improvement.

• Tiger talked a good game earlier this year, saying that he knows it’s going to take time for him to get in contention and be a factor. That’s already gone. After the third round, and trailing by seven when he walked off the course, he said: “I’ve got a shot.” That’s the Tiger of old. Love it.

• Woods finally made a birdie on a par 5, though he’s had only six chances this week. This one was unorthodox, too, after he found the left fairway bunker on 18, pulled his long-iron approach left of the green and then played a deft chip to kick-in range.

• This was Tiger’s first round in the 60s this year (nine rounds). We’re building.