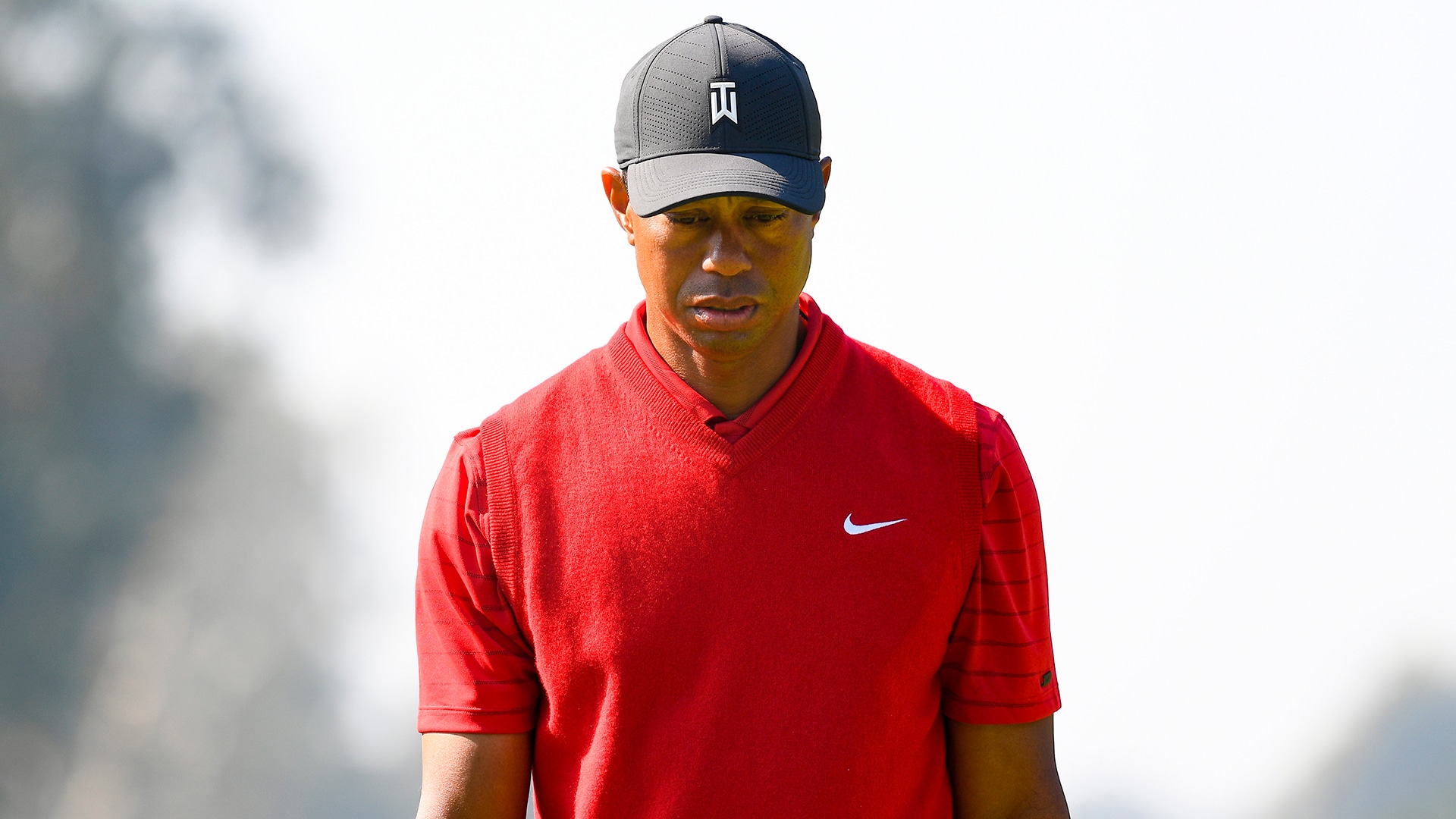 LOS ANGELES – Tournament host Tiger Woods finished dead last at the Genesis Invitational at 11 over following a final-round 77 Sunday. Moving on from a miserable week at Riviera and looking ahead to where we might go from here:

• Let’s get the details out of the way up front. He went out on the back in 38 and came home on the front in 39 – with an eagle! Things really got out of hand late, when he played Nos. 4-8 in 5 over as he was walking his way into the clubhouse. There was some ping-ponging at No. 6 and a number of missed 7-footers, his favorite distance this weekend. You know, the less said about this, the better.

• As for the day’s two highlights, one of them actually involved a flub; that’s the kind of round it was. He recorded his lone birdie when he fluffed his first attempt from the sand at the par-5 17th and then casually holed out:

After a bogey at 18, he took advantage of the short, par-5 first for the second time this week, flagging an iron from 204 and converting the 6-footer for his eagle-3.

• Here’s how he summed it up: “Well, I did not do much well today,” he said. “Good news, I hit every ball forward, not backwards, a couple sideways. But overall, I'm done.” He was also asked if a weekend like this bothers him a little less than it used to, which provided an interesting look at how he views this post-fusion chapter of his career: “Well, considering the fact that I look at it – that this part of my career really didn't exist a few years ago. So to be able to do that no matter what I shoot – it's still disappointing, it's still frustrating, I'm still a little ticked – but I also look at it from a perspective which I didn't do most of my career. I have a chance to play going down the road. A few years ago, that wasn't the case.”

• The last time Tiger finished dead last after making the cut? The 2015 Memorial, the week he shot a Saturday 85 at Muirfield Village. Those were the dark times, and these are not those times. In these times, he’s the defending champion at Augusta National. I much prefer these times.

• Frankly, after watching him this weekend, I’m glad he’s skipping Mexico, and so is he; he said so yesterday. He clearly doesn’t have it right now, and the body simply doesn’t cooperate sometimes. He made the right call. As for what is next, for the life of me I can’t see him playing the Honda. I know it’s in his backyard but the course is a brute, and why bother when Bay Hill is the following week? He’s won there eight times. I don’t think he’s much a fan of playing back-to-back weeks these days but the Arnold Palmer and The Players is a worthwhile double-dip.

• On the bright side, it’s full year until he has to play here again. Later, Riv.