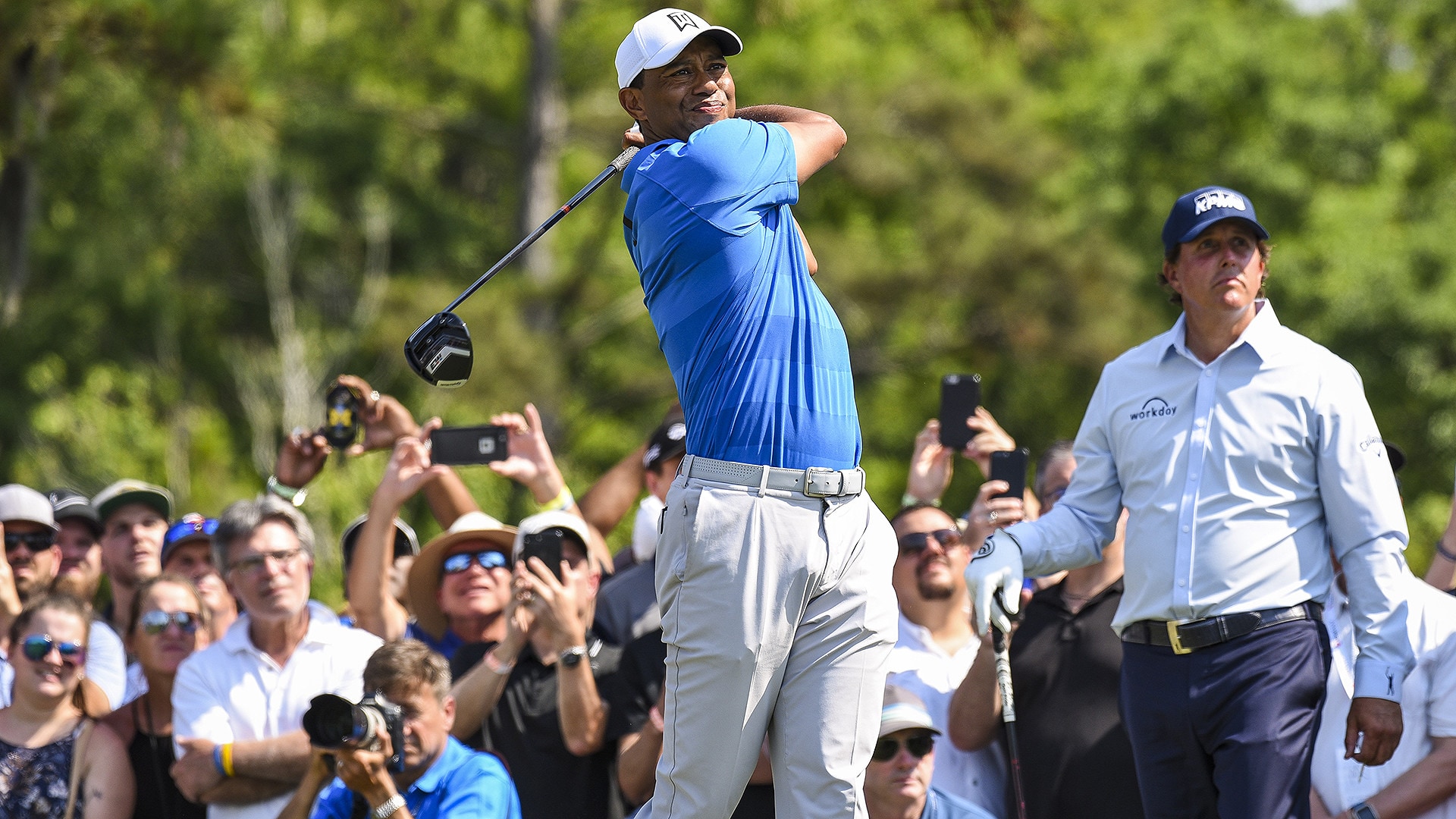 AKRON, Ohio – After giving slightly conflicting answers on Thursday at Firestone Country Club, Tiger Woods seemed to be more onboard for the made-for-TV match against Phil Mickelson in November.

On Thursday, Woods was asked about the match – which will be played at Shadow Creek Golf Course in Las Vegas on either Nov. 23 or 24 – but said, “We haven't signed anything, nothing's confirmed.” Later on Thursday Mickelson confirmed the event’s date and location.

Woods had a different tone regarding the match on Day 2 in Ohio, even suggesting that it might not be a one-and-done event.

“The plans are for this one and possibly more, but you just never know,” he said. “When we first did the Showdown at Sherwood, it was basically only one time, a one-time deal, but it ended up going more than that. So we'll see what happens with it this year.”

Some reports have estimated the purse for the winner-take-all match could be $10 million.