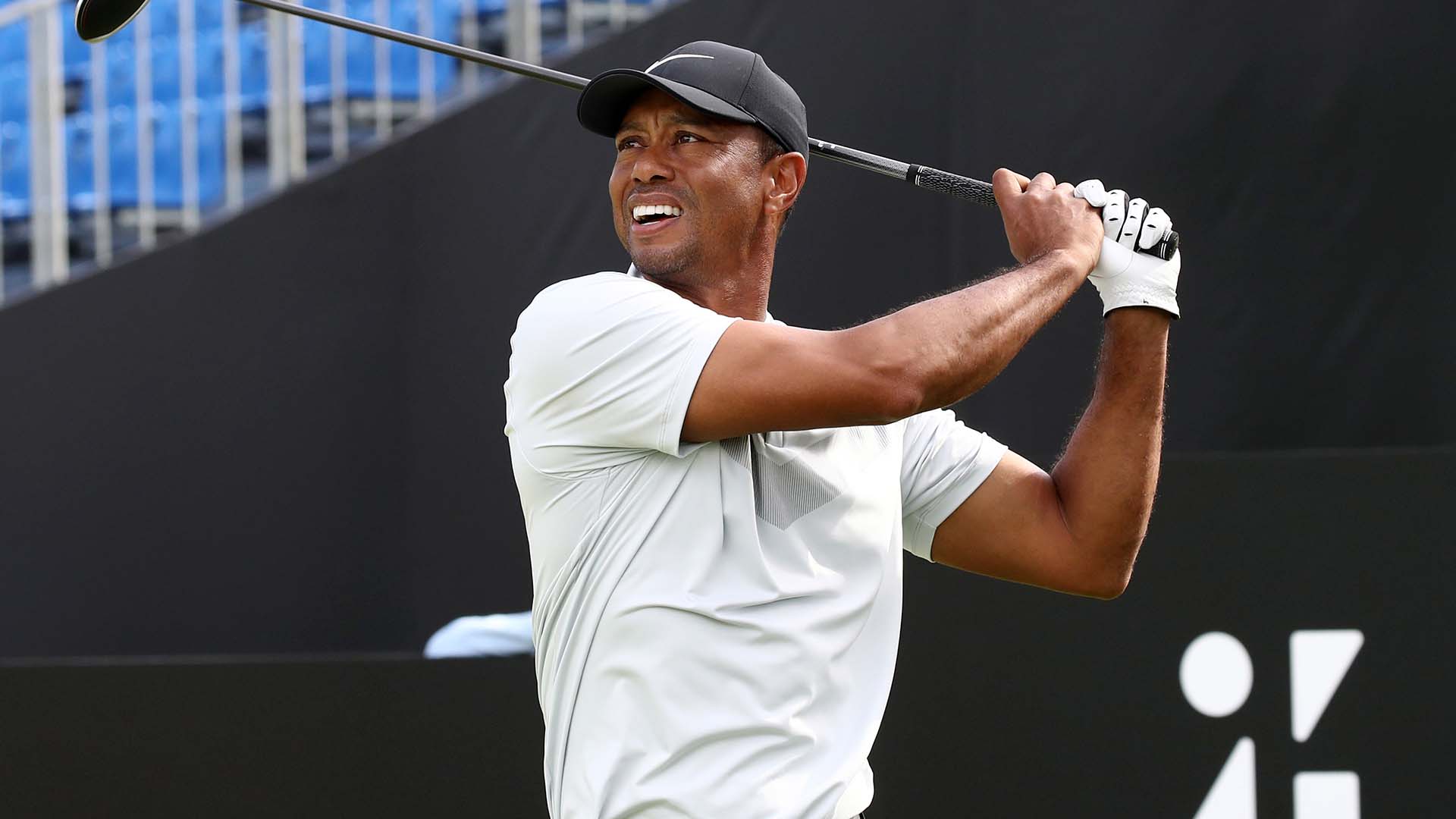 Despite a day off because of a typhoon, Tiger Woods was able to keep his momentum and move into the solo lead Saturday at the Zozo Championship in Japan. Here’s what happened in Round 2 at Narashino Country Club:

What it means: It wasn’t Thursday’s nine-birdie effort, but seven second-round birdies were enough to give Woods the same score, a 6-under 64, and the solo lead. Woods was just 1 under on his round at the turn before birdieing the 140-yard, par-4 10th hole, which was shortened significantly after Typhoon Bualoi dumped nearly 10 inches of rain on the course Friday. Woods added birdies at Nos. 11, 13, 17 and 18, the latter coming on a two-putt birdie, to build a two-shot cushion at the midway point. 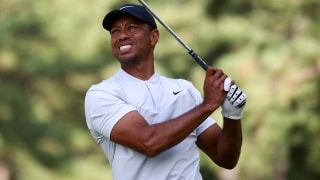 Tiger to be tested by demanding Zozo finish

With 27 holes scheduled for Sunday and a Monday finish to follow, Zozo Championship leader Tiger Woods and his left knee are in for a demanding test.

Round of the day: The soft conditions played right into the hands of Bradley, who carded eight birdies to shoot 7-under 63, the round of the tournament so far and the best for Bradley since the first round of the RBC Canadian Open last June.

Best of the rest: Collin Morikawa took advantage of the 140-yard, par-4 10th hole, which was shortened because of standing water, and began his second round with eagle. The Cal product went bogey-free in posting a 6-under 66, which was equaled by the bogey-free Conners and Sungjae Im, who was 7 under through 12 holes. Also eagling No. 10 was Rory McIlroy, who was among those to shoot 65. That group also included Viktor Hovland, who improved on his opening 75 by 10 shots.

Biggest disappointment: It’s not often a player makes an eagle and three birdies and still shoots 76, but that’s exactly what Joel Dahmen did Saturday to drop to 8 over for the tournament.

Main storyline entering Sunday: Get ready for a lot of golf. The plan is to get 27 holes in Sunday before finishing up the final round on Monday. The players will not be re-grouped between the third and final rounds, which means we’ll get Tiger Woods and Gary Woodland in the final threesome alongside Keegan Bradley, just behind the penultimate group that features Hideki Matsuyama. Will the large and enthusiastic crowd be rooting for the home favorite Matsuyama or the legend Woods? Woods' last 36-hole outright lead came at the 2013 WGC-Bridgestone, which he won. Woods has won each of the last three tournaments in which he's held the solo lead through two rounds.

Shot of the day: Woods cut a nice approach into the par-4 17th to set up his sixth birdie of the day.