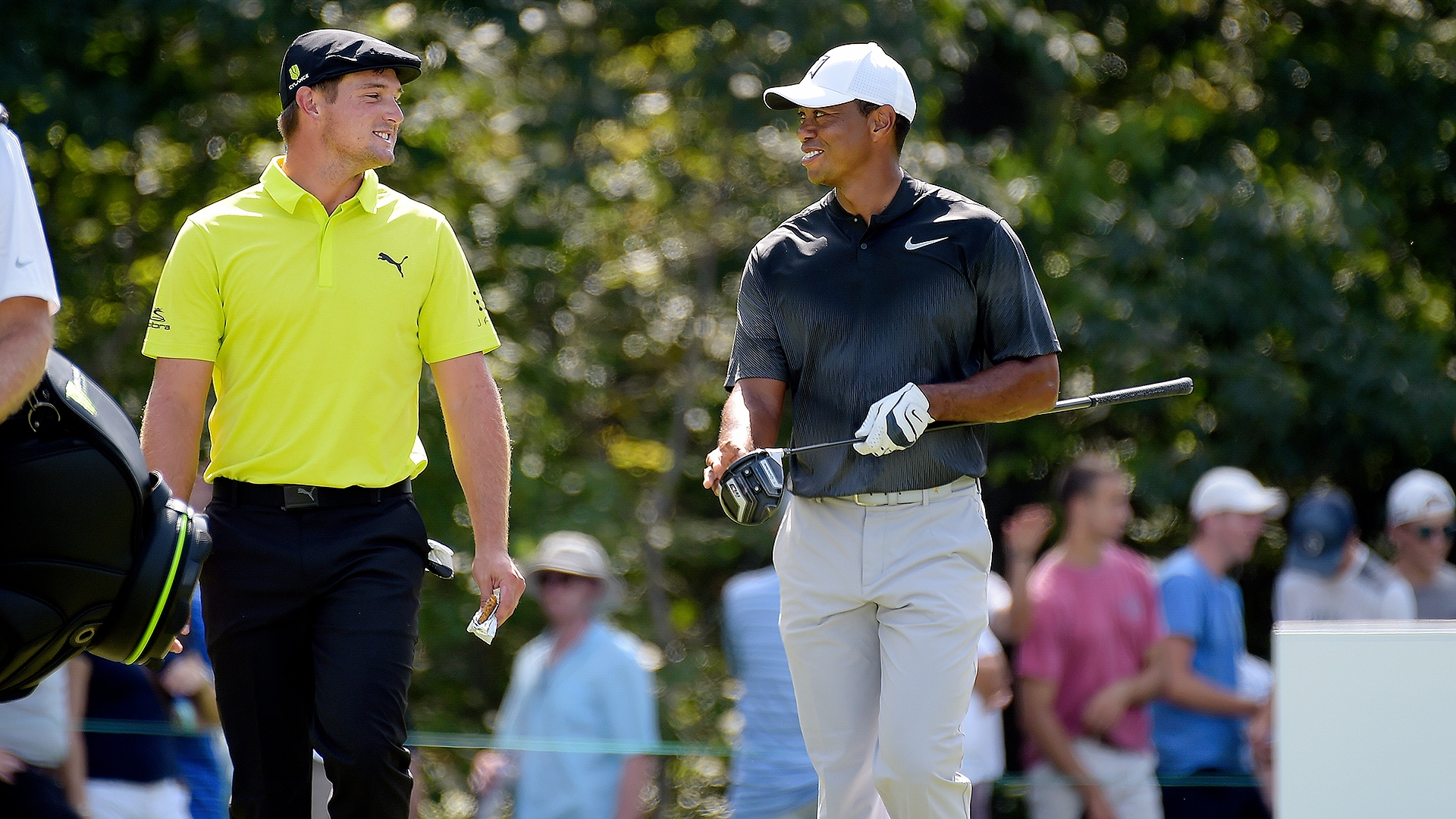 NORTON, Mass. – Under sunny skies on a balmy New England morning, Tiger Woods and Bryson DeChambeau shook hands and shared a smile on the small putting green that sits next to the opening tee box at TPC Boston.

Four weeks from now in Paris, the weather will likely be cooler. The crowds lining the first tee box will certainly be more numbered and far less partisan. But if Jim Furyk wants to lead the Americans to their first road Ryder Cup victory in 25 years, the pairing should stay exactly the same.

It’s hard to find two more unexpected seasons this year than those authored by Woods and DeChambeau. While much has been written about Woods’ 2018 renaissance, DeChambeau started the year barely inside the top 100 in the world rankings. But after two wins against stacked fields, he teed off this week’s Dell Technologies Championship as the FedExCup points leader.

On the surface, the relationship between the two certainly seems unexpected. As he started perhaps the biggest comeback of his career, Woods could have called upon any player on Tour to join him for a friendly practice round or two. But on multiple occasions, he opted for tee times with DeChambeau – the quirky, methodical whiz kid who many viewed as an outsider and who referred to Woods Sunday as his “childhood idol.”

In fact, when Woods launched his comeback at the Hero World Challenge in December in the Bahamas, DeChambeau was mixed in among the gallery marching through the sand at Albany.

Fast forward nine months, and DeChambeau’s win at The Northern Trust likely ensures his name will be announced along with Woods’ come Tuesday when Furyk makes the first three of his four picks. It will mean that the budding bromance between the greatest player of one generation and the most analytical of another could soon reach across the Atlantic.

“The one thing I can say is that he really cares,” DeChambeau said in May after pairing twice with Tiger for practice sessions at TPC Sawgrass. “Not just about how he’s playing, but at least for me, he cares about how the young guns are coming up and playing.”

While some players may shirk from the limelight that comes with being in close proximity to Woods, DeChambeau has seemed to embrace it as his career has blossomed. That includes earlier this week, when he was asked about the prospect of potentially pairing with Woods in Paris should both men find their way on to Furyk’s squad as expected.

“It would be an honor to play with him,” DeChambeau said. “I think we could have some great chemistry out there and hopefully maybe intimidate some people, that would be nice.”

Bold words, certainly, for someone who has yet to strike a shot in the Ryder Cup. But perhaps it’s a glimpse of the underlying moxie that has drawn Woods to the 24-year-old in just his second full season on Tour.

“He’s fantastic to play with. He’s great,” Woods said after a 3-under 68. “We’ve played in practice rounds quite a bit this year, and he’s fantastic. It was two friends going out there, competing and playing.”

DeChambeau backed up his confidence in style during the third round, closing birdie-birdie-eagle to shoot a sizzling 63 to move into contention while leaving Woods in his dust. It marked the lowest score any player has shot on Tour while paired with Woods since a 63 from Jordan Spieth at Torrey Pines in 2014.

While Woods struggled with the putter coming down the stretch, the two scorecards still added up to a best-ball 61 on the par-71 layout. And after his first-ever competitive round alongside the player he has admired “my whole entire life,” DeChambeau grinned at the thought of reuniting for pride and country later this month at Le Golf National.

“I think if all the stars were to align, and that were to happen, I think we could feed off of each other pretty well,” he said.

In all likelihood, Furyk will face far tougher choices about who to sit for each of the four team match sessions than how to dispense his four captain’s picks in a couple of days. It’s an embarrassment of riches for the defending champs, one that he will have to cull through carefully when sending each quartet of pairs out to battle.

But the notion of spanning the spectrum with a Woods-DeChambeau pairing – one that seemed like a fantasy in February but picked up plenty of traction in recent weeks – now looks like the most efficient way to maximize two of the presumptive picks.

And if Sunday’s play is any indication, there will be plenty of fireworks.

“If he goes around and shoots 8 under par every time,” Woods said, “that will work.”