Tiger and Co. wait out typhoon in movie, Domino's Pizza 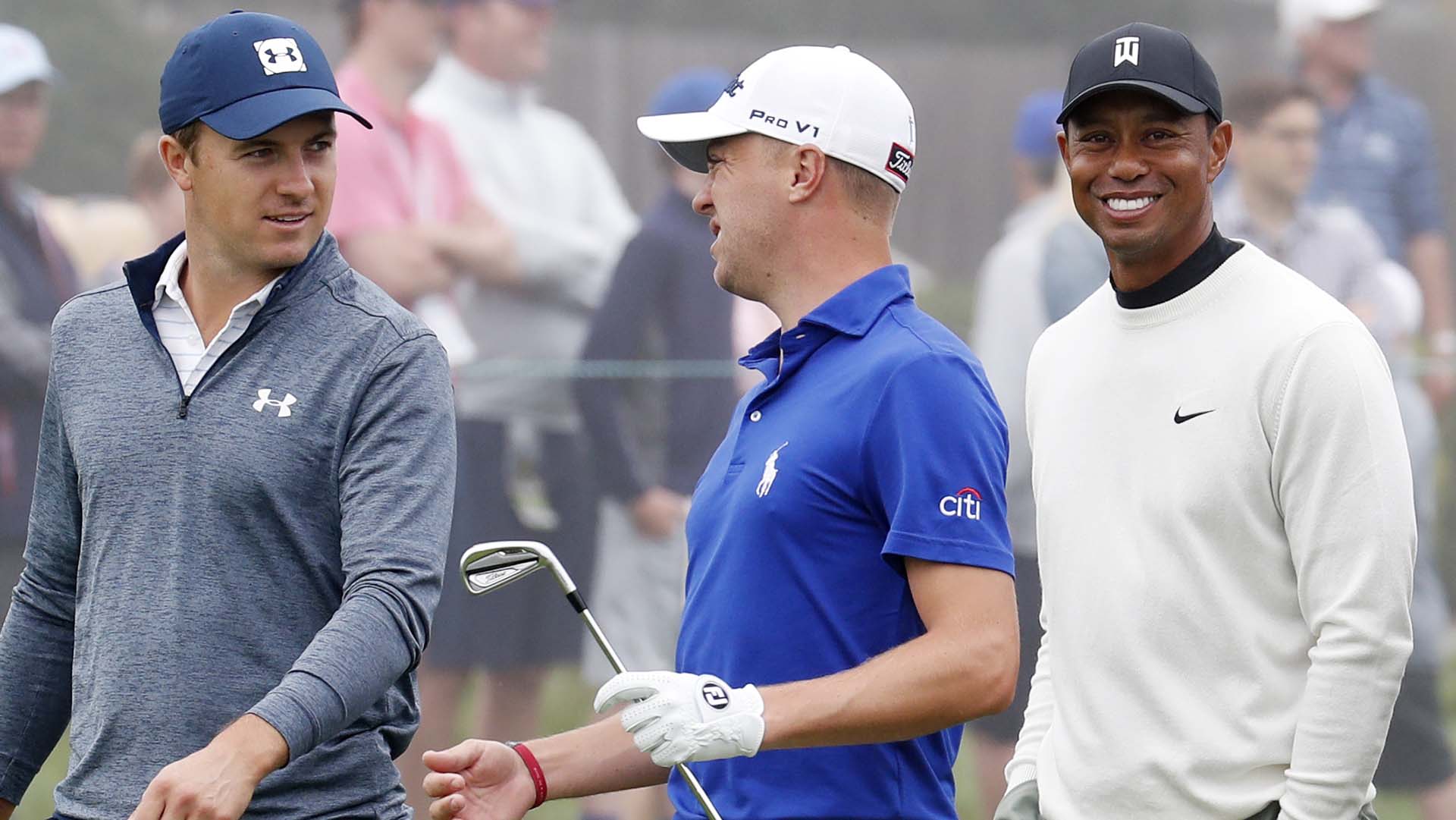 CHIBA, Japan – Even though Typhoon Bualoi washed out play at the Zozo Championship on Friday, it was still an eventful day for some players in the field.

A group of players that included Tiger Woods, Justin Thomas and Jordan Spieth ventured into nearby Narita to watch a movie (“Joker”) as the storm moved over the area.

They took a pair of SUVs provided by the tournament to the movie, but when the movie ended the storm had forced road closures and traffic issues. The group took shelter in a nearby Domino’s Pizza and waited about an hour and a half before the roads cleared enough to make it back to the hotel.

“Even when we got back, we still had plenty of time. It wasn't that bad,” Woods said following his second-consecutive 64. “Some of the guys walked back home, like a 45-, 50-minute walk. We weren't quite sure if the rain had truly passed yet, so we just waited and had some food. The needle was out, we were giving each other a hard time the entire time. It was great.”

“What a day for the books. Got back to hotel, got treatment, had lunch, worked out, stretched, showered, movie, stuck at movie theatre because of floods, walked to dominoes with the guys, made our way home two hours later, treatment again, now back in my hotel room #PGATourLife,” Thomas tweeted.

According to one member of the group, they spent the time eating pizza and talking, and Woods went largely unnoticed and was asked to take just two selfies.