Woods appears to be running out of gas 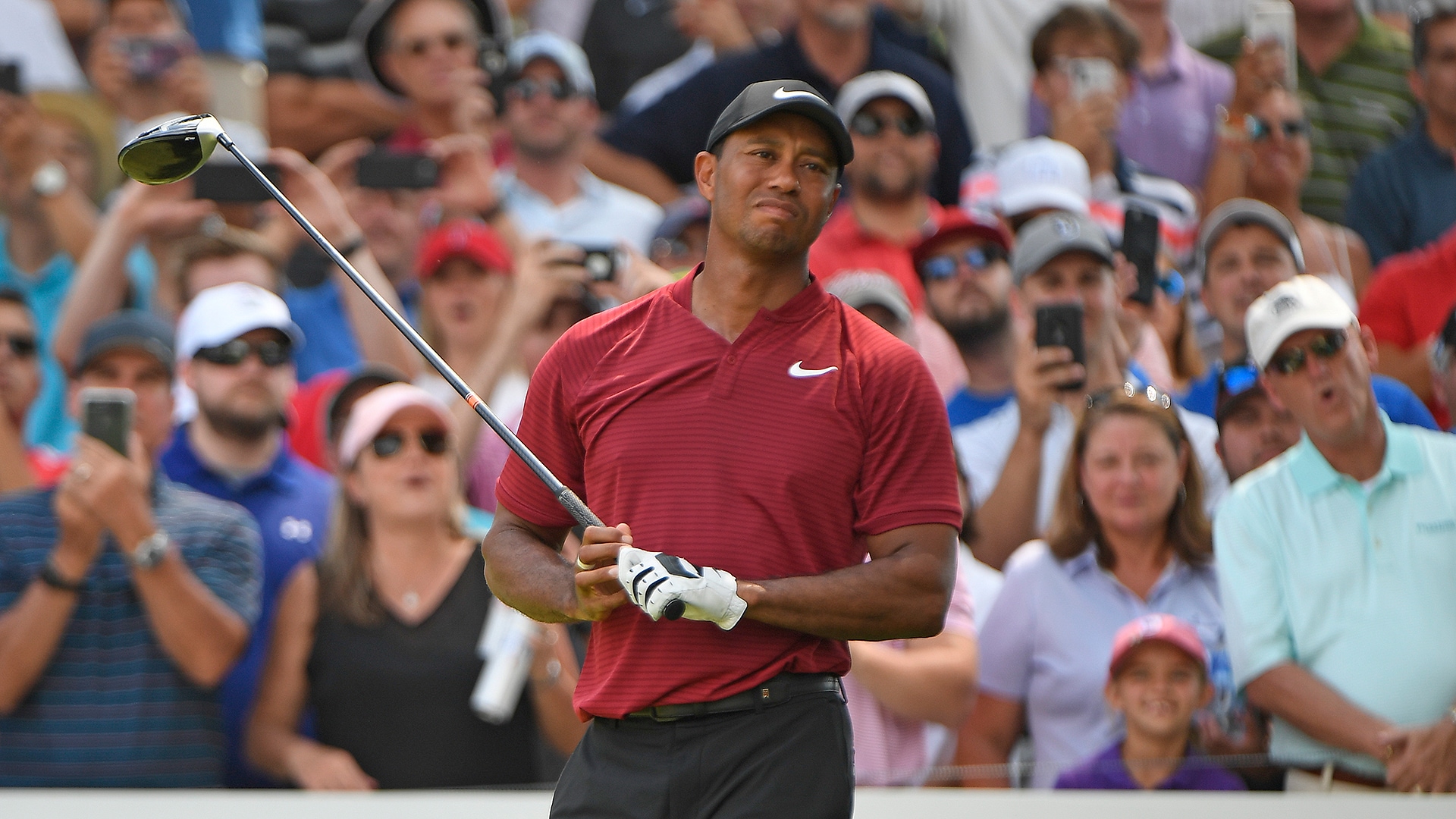 It’s the home stretch of the season, and over the next two months Tiger Woods might battle his body as much as his competition.

With 13 starts this season, he has already played his busiest schedule in five years. His upcoming slate is even more jam-packed, and he’s on pace to play as many as 18 PGA Tour events – something he has done only once since 2005.

And so a question on the eve of the PGA Championship: Just how much gas does Woods have left in the tank?

At the WGC-Bridgestone Invitational, at one of his personal playgrounds, at a tournament he desperately wanted to win, Woods looked lethargic. In many ways, that’s understandable. He’s nearing the end of a long season. He played poorly Saturday and plummeted down the leaderboard, dashing any hopes of title No. 9. And he’s 42, with a brittle body that last year underwent a Hail Mary back fusion to prolong his career.

But there were at least a few troubling signs in Akron, more than just his continued inability to finish off rounds. Woods denied that he felt any pain or discomfort – “I’m fine,” he said dismissively. “Just played like crap.” – but it was apparent to everyone watching in person or on TV that he wasn’t swinging with the same velocity, walking with the same fluidity or even picking his ball out of the cup with the same ease of movement.

Statistics backed up the fatigue factor, as his measured swing speed continues to decrease:

That was still 20th-best in a field of 71, but nearly 6 mph slower than when he was measured at the Honda Classic in late February.

It’s tempting to chalk this up to an off-week, to a few bad days when he wasn’t feeling or swinging his best; at the Memorial this year, he conceded that his back was stiff and that, with this kind of procedure, some days will feel better than others. But over the next two months, Woods won’t have many opportunities for what appears to be some much-needed downtime.

After his stunning near-miss at The Open – where he mostly laid back off the tee and relied on his sublime iron play and links golf IQ – Woods didn’t pick up a club for nine days. He needed to recuperate, but without much practice time, he wasn’t as sharp as he needed to be at Firestone.

After the final round, Woods spoke of how differently his body recovers, now that he’s 42. Years ago, he said he’d run three or four miles after a round to “cool off.” Now, if he’s feeling frisky, he’ll log a half-hour range session, but mostly he opts for rest.

“That’s one of the challenges as we age is trying to recover for the next day,” he said. “It’s got a lot harder.”

Today’s young stars like Justin Thomas and Jon Rahm and Jordan Spieth – all 25 or younger – don’t have those problems, not yet anyway, which makes Woods’ ongoing war against himself, his younger and fitter competitors, and time even more compelling.

The Bridgestone marked the beginning of a frenetic finish in which he’ll need to play at least five events in six weeks – and as many as seven times in nine weeks, if he qualifies for the 30-man Tour Championship (currently 47th in points) and makes the U.S. Ryder Cup team (seemingly a lock for a captain’s pick).

That’s a lot of important, stressful golf, even for those in their mid-20s.

Given the depths of his life and career a year ago, Woods’ results and stats this year have been nothing short of astounding. But all of that strong play also means that he has put his body under enormous (and perhaps unexpected) strain.

Woods has never been totally forthcoming about his body and how he’s feeling, but you can bet that he’s looking forward to Oct. 1.

Then, and only then, will he finally be able to let his battered body recover.