Woods back at Genesis, still trying to solve enigma that is Riviera 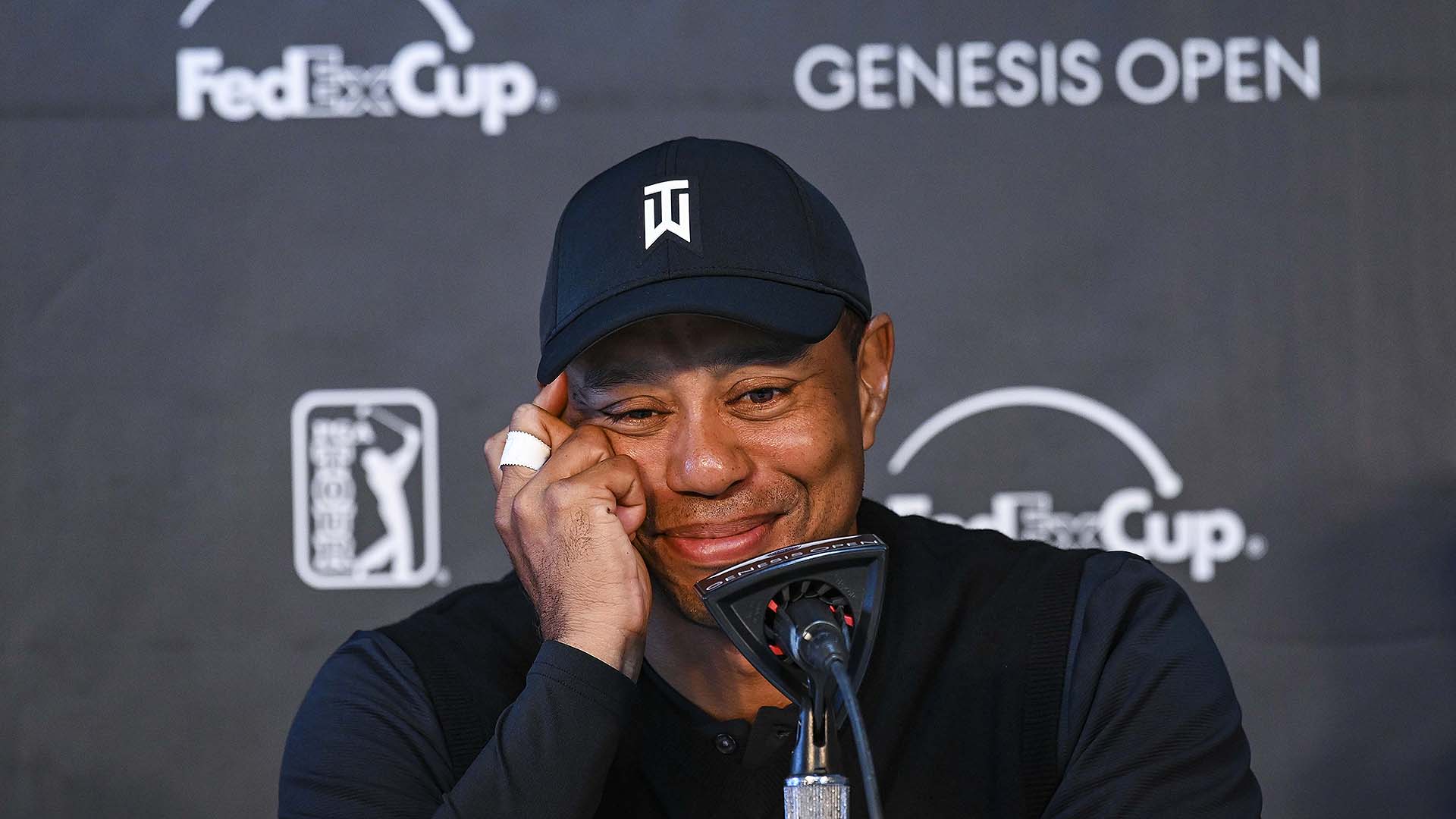 LOS ANGELES – The calling card of Tiger Woods’ historic career has been his unparalleled domination of certain venues. From Torrey Pines to Bay Hill he’s always made the most of his various friendly confines. But if Riviera Country Club was given a nickname for Woods, it’s very much been “Tiger’s Enigma.”

He’ll colloquially refer to the event as the “Glen Campbell,” a nod to the glory days of celebrity golf hosts when the stars of the era would come out to see and be seen, and fondly remembers the days when he and his late father, Earl, would make the 30-mile trek from his childhood home in Cypress, Calif., to watch his heroes.

Despite that genuine affinity in a dozen career starts at Riviera he’s 0-for-12, a line that’s unrivaled in his career. The Northern Trust ranks as his second-longest winless stop with nine starts.

“It is certainly a love-hate relationship,” the host said on Wednesday. “I love playing this golf course. I always have, I enjoyed playing up here when I was young with my dad. For some reason I've only played well here one time in the tournament.”

What’s truly inexplicable is that Riviera is a golf course that rewards the type of soft fade off the tee that Tiger has favored throughout his career and its tiny greens demand the kind of short-game majesty that has been the hallmark of his highlight reel resume. Yet through four names changes and two car companies Woods has remained mystified by the layout’s nuances.

As a 16-year-old high school sophomore in 1992 he made his first start in a PGA Tour event in style with a birdie at Riviera’s first hole, but posted rounds of 72-75 to miss the cut and set a slump in motion that has stretched to a dozen years of futility.

At the time, a youthful Tiger called the event a “learning experience,” but what he began to learn was that Riviera wasn’t exactly his cup of tea (during a moment of foreshadowing he also tweaked his back during the first round in ’92 while hitting out of the deep rough. Sound familiar?).

In just his second start in the event as a professional in 1998, he birdied three of his final four holes to force a playoff that he lost to Billy Mayfair, a missed opportunity that still stands as his only overtime loss in an official Tour event.

Tiger added another bridesmaid showing the next year when he finished runner-up to Ernie Els. “I was one back with one to go and I put it over there in some beer tent to the right,” he wistfully recalled on Wednesday.

At the 2006 event it seemed Tiger had reached a tipping point when he withdrew after the second round with the flu. Hometown loyalties only went so far - it would be more than a decade before he’d return to the Tinseltown tournament.

Despite repeated attempts by his caddie Joe LaCava - who was on the bag for both of Fred Couples’ victories in Los Angeles - to add Riviera to his dance card, Tiger resisted.

When he finally returned to Los Angeles, it was in a dual role - as player and tournament host - when his foundation began running the event, but the results didn’t change. He was unable to play in 2017 as he struggled with back ailments and in ’18 he missed the cut by four strokes.

Although the results have been surprisingly familiar, the reasons behind his inability to break through at a place that means so much to him is a mystery.

“There's no faking it around this golf course, especially if the greens are up to speed like they are right now,” he said. “Getting up and down here, as we've all seen, kikuyu grass is not easy to do. It's sticky, catches a lot, and now with it wet, some of the bump and runs are actually skipping so that makes an added little challenge.”

For Tiger, the L.A. stop has very much been unrequited love. Although he turned a cold shoulder to Riviera for more than a decade, his return in 2017 as host has been nothing short of transformative. His association with the event has turned it into a must-play for top players and on Wednesday officials announced the Genesis Open will be elevated to icon status starting next year when it becomes an invitational with a smaller field, larger purse and coveted three-year Tour exemption for the winner.

The move puts the event on par with the Arnold Palmer Invitational and Memorial. The only difference is that Palmer and Nicklaus, who hosts the Memorial, won their signature stops.

In Woods’ defense, it’s not from a lack of trying.

“Hopefully I can do a little bit better this year,” he shrugged.

At 43, there’s still plenty for Tiger to prove, if not to the world than certainly to himself. Atop that to-do list is an unmistakable desire to find an elusive answer to “Tiger’s Enigma.”