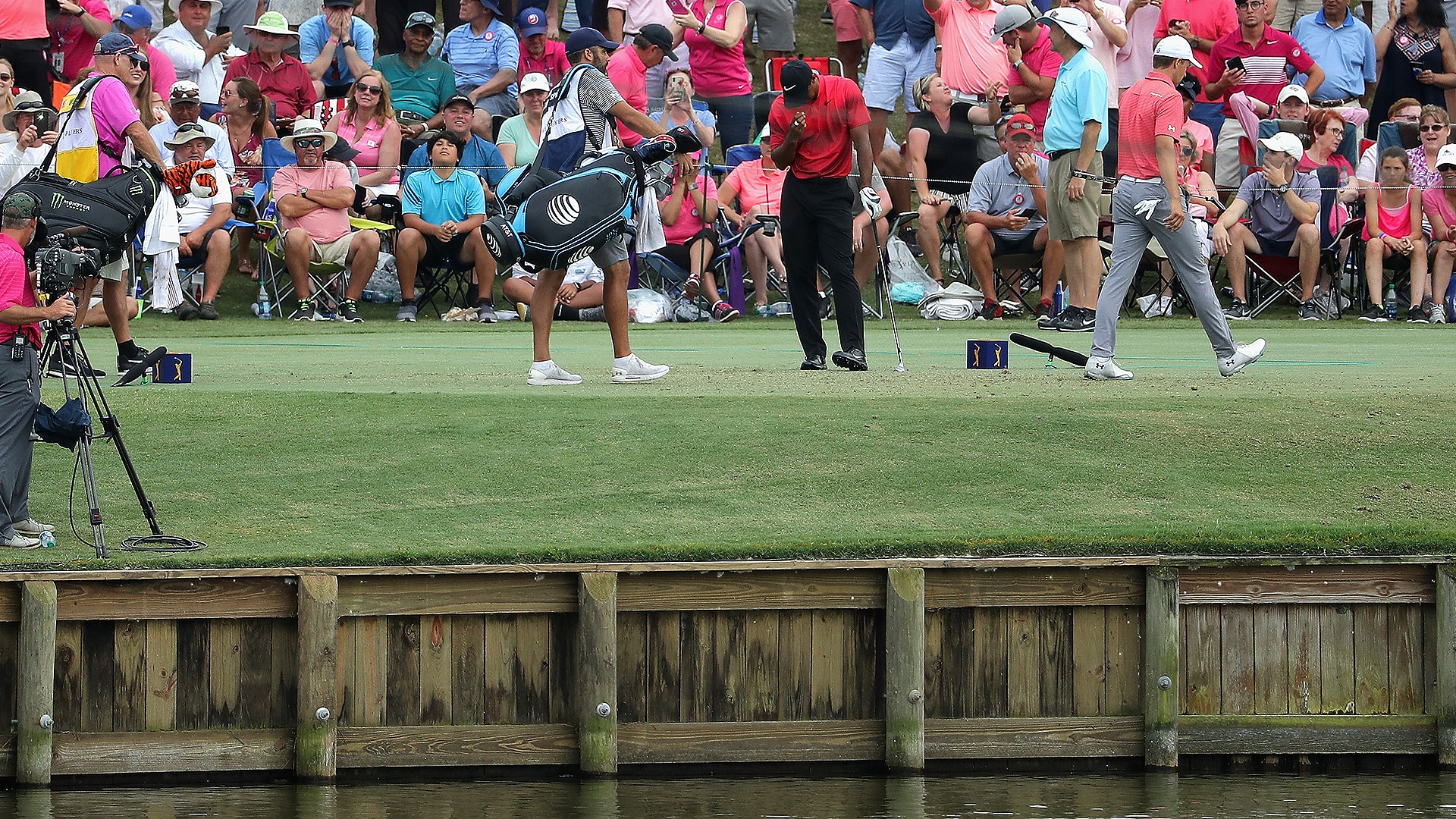 PONTE VEDRA BEACH, Fla. – With hopes of a third Players title already out of reach, Tiger Woods came up short on the one hole where players have no margin for error at TPC Sawgrass.

Woods was coming off a disappointing par on the par-5 16th hole when he tried to muscle a sand wedge to the traditional Sunday pin on the infamous 17th. But the swirling winds that envelop the island green knocked his ball down a few yards short of dry land.

It led to a double bogey, Woods’ first on the hole since 2003, that turned a possible top-5 finish into a tie for 11th.

While Woods blamed the fickle conditions, playing partner Jordan Spieth believed he deserved some of the scorn. Spieth rocketed a gap wedge that bounced off the fringe and nearly spun in for a rare ace, a sequence of events that he thought may have influenced Woods’ strategy right behind him.

“I think I messed him up a little on 17,” Spieth said. “He went and looked in my bag, and I had a 52-degree which is a pretty aggressive play. I had to draw it from the water. And then he hit one and the wind is going like this, and if he caught this, he’s a tap-in birdie. And he caught (the opposite direction). It was unlucky there.”

Woods downplayed the role Spieth’s shot may have had on his own thinking, instead opting to emphasize the strengths of his overall game after playing his way from the cut line onto the cusp of the top 10 with rounds of 65 and 69 over the weekend.

“I got a puff that came back in my face,” he said. “That’s just the way it goes. I hit good shots all day long.”