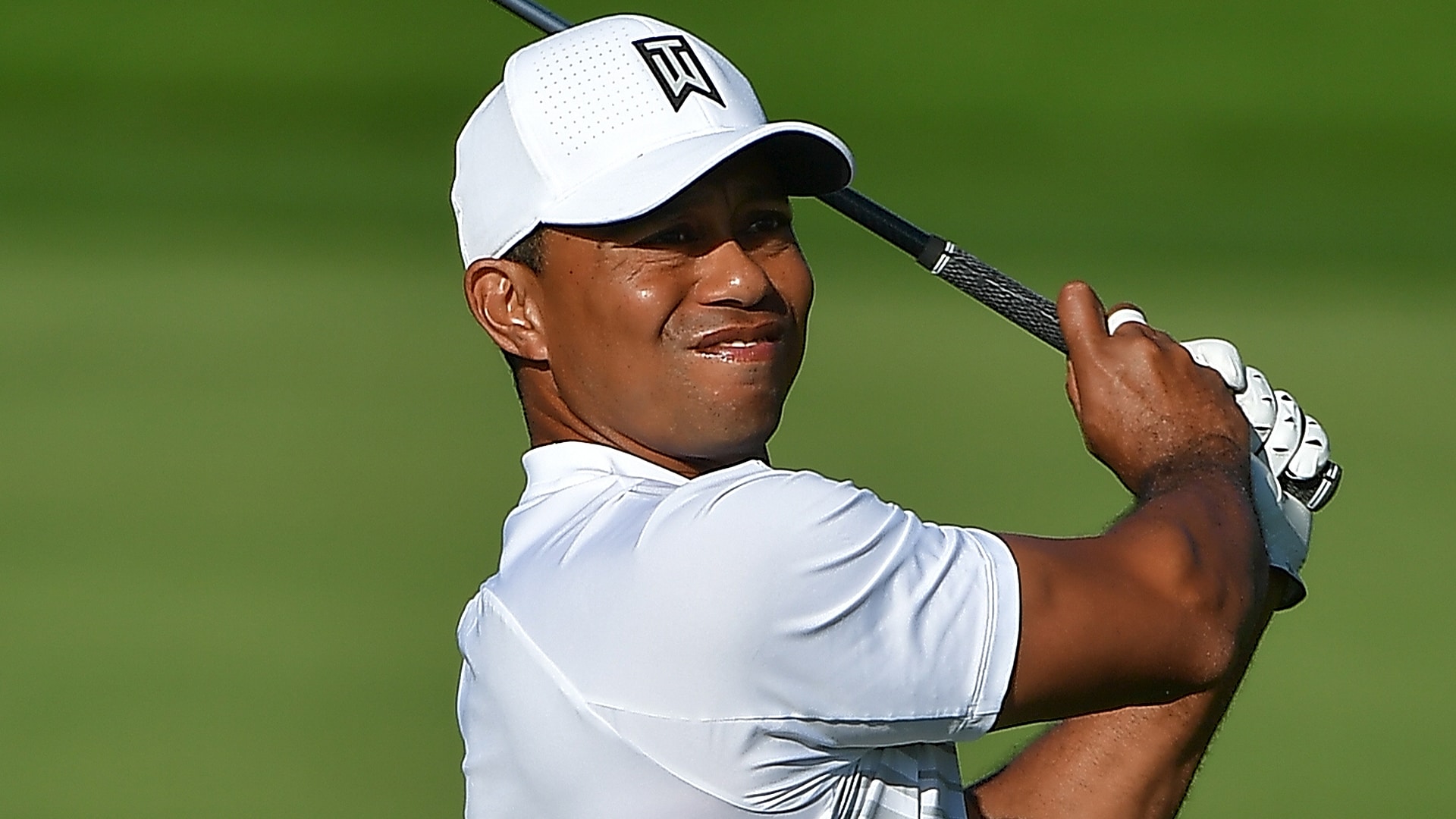 SAN DIEGO – There was only one way to describe it, only one reasonable commentary for another round that included just three fairways hit and even more what-on-Earth-was-that? shots.

The tone for his third round of the Farmers Insurance Open was set early, with his first tee shot tracking toward the out-of-bounds fence left before expiring in heavy rough. He spent most of his day with his head down, trudging toward delirious gallery members, most of whom got closer to Woods than they ever could have imagined. Caddie Joe LaCava might as well have had “Fore!” playing on a loop.

And then he was right. Way right.

On it went for five hours, Woods having little idea where his ball was going, fans ducking for cover, and playing partner Brandt Snedeker shaking his head.

Because Woods didn’t sign for a score in the 80s Saturday. Didn’t even sign for something over par. No, on a sun-splashed afternoon on Torrey Pines’ difficult South Course, Woods somehow made only two bogeys (both on par 3s) and shot a 2-under 70 – four shots better than Snedeker, enough to climb 26 spots on the leaderboard.

When a radio announcer asked afterward whether it seemed like it had all come together in the third round, Woods stared at him as if he’d spoken Greek.

“I don’t know about coming together,” he said bemusedly. “It was a struggle out there. I didn’t hit it worth a darn all day. I was really struggling out there to find anything resembling a golf swing. But I was scoring. I was chipping, putting. I was grinding.”

Across three rounds, he has hit only 14 of 42 fairways. That has led to him finding just 30 of 54 greens. Woods called it “gross,” and he wasn’t wrong.

But there’s more to this game than statistics, than center-cut drives and pin-seeking approaches, and in that gray area is where Woods has excelled this week. He has scored. He’s at 3-under 213, in a tie for 39th, which is ahead of world No. 5 Hideki Matsuyama and recent Tour winner Patrick Cantlay and even his old rival, Phil Mickelson.

Those three players rank ahead of him in every meaningful ball-striking statistic, and yet Woods, even with more than two years of competitive rust, is ahead where it matters most.

“The only thing I have,” he said, “is my short game and my heart. That got me through today.”

And few could have predicted that, considering his recent shortcomings. Since 2014, even straightforward pitch shots have been an adventure, a collection of flubbed and thinned shots. He chalked up those recent horrors to being stuck between “release patterns,” but the evidence overwhelmingly suggested that he was suffering through the chipping yips. They ebb and flow, like a recurring virus, and they popped up again last month in the Bahamas, where he struggled around the tight, grainy Bermuda greens.

One of the common misconceptions about the past few years, Woods said, was that his back pain would force him to work more on his short game than his driving. But that wasn’t true.

Burning pain shot down his leg. His foot didn’t work. It hurt more to bend over and address the ball while chipping and putting – “Bunker shots were off-the-charts painful” – than it did wailing away on driver, so he played away from discomfort.

This fourth surgery, the last-ditch back fusion, changed that, and over the past few months Woods finally devoted the necessary time to shore up what was once one of his greatest strengths. To prepare for Torrey Pines’ rye grass, he overseeded one of the areas of his backyard practice facility, to work on the tricky pitch shots.

Without that short game this week?

“It would have been snowing on me,” he said.

That means he would have shot in the 80s.

But he didn’t, and that was the most remarkable part to Snedeker, who watched Woods get up and down seven of nine times, even after occasionally driving it off the planet.

“His short game,” Snedeker said, “is probably as good or better than I ever remember it being.”

Even after jettisoning swing coach Chris Como, it’s reasonable to believe Woods is too smart and too talented to not get his long game under control after a few weeks of range work. Eventually he’ll rediscover his “feels.” Eventually he’ll find his “go-to shot.”

“The things I look for are: Is he fighting? Is he grinding? Is he doing the short-game stuff?” Snedeker said. “It’s all there. It’s not as far away as I thought it would be not being able to play professional golf for really two years. I was very encouraged by it.”

Nothing gross about that.