Woods in captain mode at Hero: Pairing friends, having fun in Rd. 1 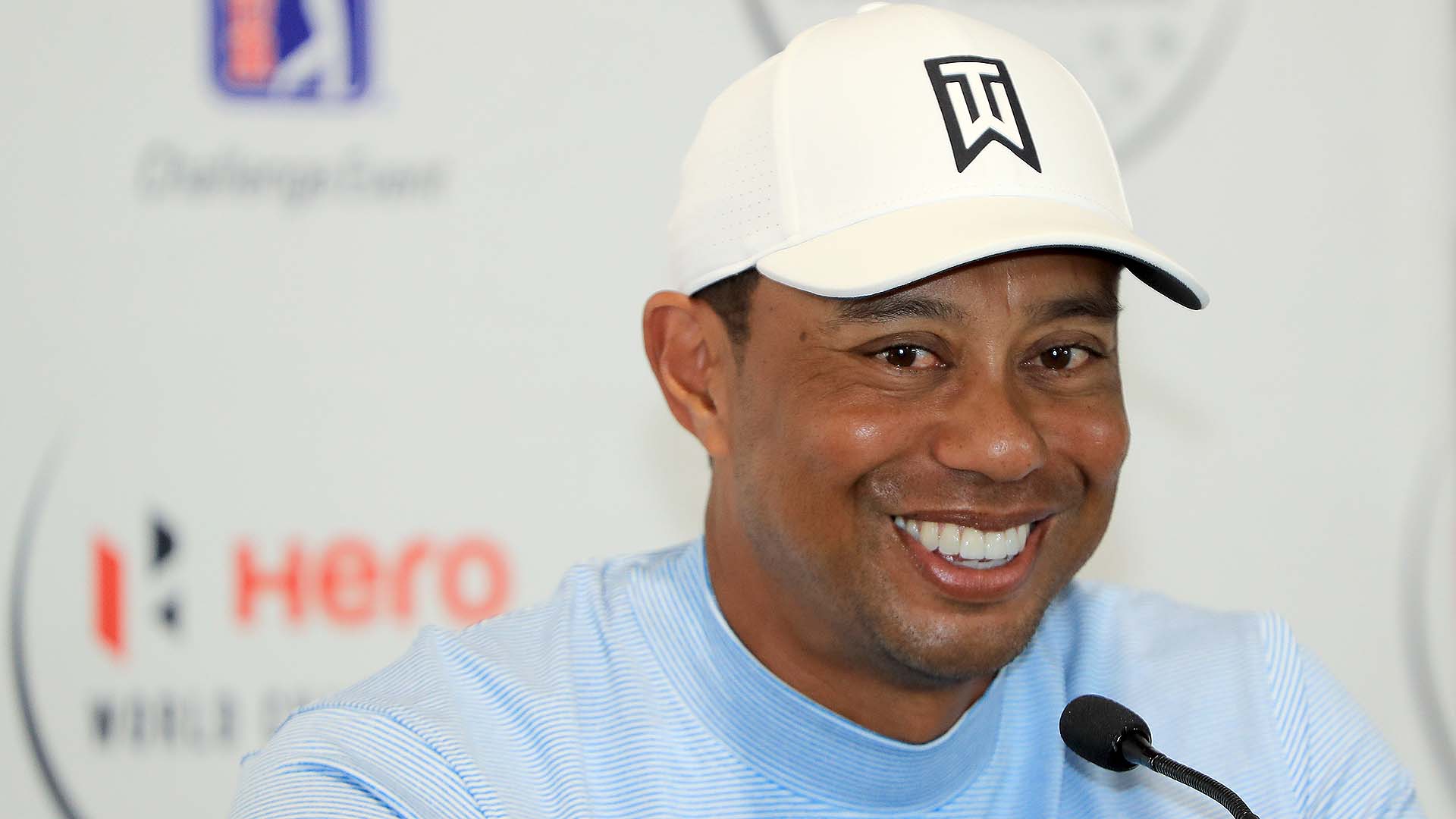 NASSAU, Bahamas – When Tiger Woods was formally announced as U.S. Presidents Cup captain back at the Arnold Palmer Invitational in March 2018, he was asked if he had thought about being a playing captain.

“Yes, I have,” Woods said without hesitation, inciting an eruption of laughter in the room.

Woods admitted Tuesday at the Hero World Challenge that he wasn’t fully serious at the time. After all, though Woods was coming off a runner-up showing in Tampa, he also was just months into yet another comeback and outside of the top 100 in the world rankings.

“It was a joke, but [it] turned into reality,” said Woods, who went on to win the Tour Championship that year and has since added another Masters title and PGA Tour victory No. 82 two months ago in Japan. At No. 7 in the world rankings, Woods will do something next week in Australia that only one man – Hale Irwin in 1994 – has done before him.

“Here we are,” Woods added. “I'm the second playing captain in the history of the Presidents Cup, so it's a pretty neat responsibility. And the role's not easy. There's a lot of moving parts, whether it's talking to the guys, talking to my vice captains, organizing what we need to have done down there."

"I need to keep sharp," Woods added. "I need to keep practicing. I need to keep working on my game, make sure I have all my feels and my game is sharp and ready to go, because at minimum next week I'll be responsible for two points.”

Woods is clearly wearing plenty of hats this week at Albany. He is the tournament host. He is itching to win this title for the first time since 2008. But he also has a big match to prepare for in a week’s time in Australia.

In some ways, Woods’ captaincy responsibilities will be limited this week at Albany. Eleven of the 12 U.S. players are teeing it up, and each player – including Woods – will be working to make sure their game is in order before the team boards their charter for Australia after Saturday’s final round. But as captain, Woods also had a say in Wednesday’s first-round pairings.

Woods will play with Justin Thomas, while four other twosomes feature potential Presidents Cup pairings. Strategy? Anything to read into? Maybe, though Woods, as expected, downplayed the matchups.

“I would say that trying to pair up the guys so they had fun this week, we're looking at that,” Woods said. “This is a week in which a lot of the gears, it's the end of the year. I know they want to gear up for next week as well, but I want them to have a good time. The only time I'm able to do that and pair up guys with friends is the first day. We re-pair after that, so pairing guys that are friends, having a good time, that was key.”

Another stellar field has assembled for Tiger Woods’ Hero World Challenge, Dec. 2-5 in the Bahamas.