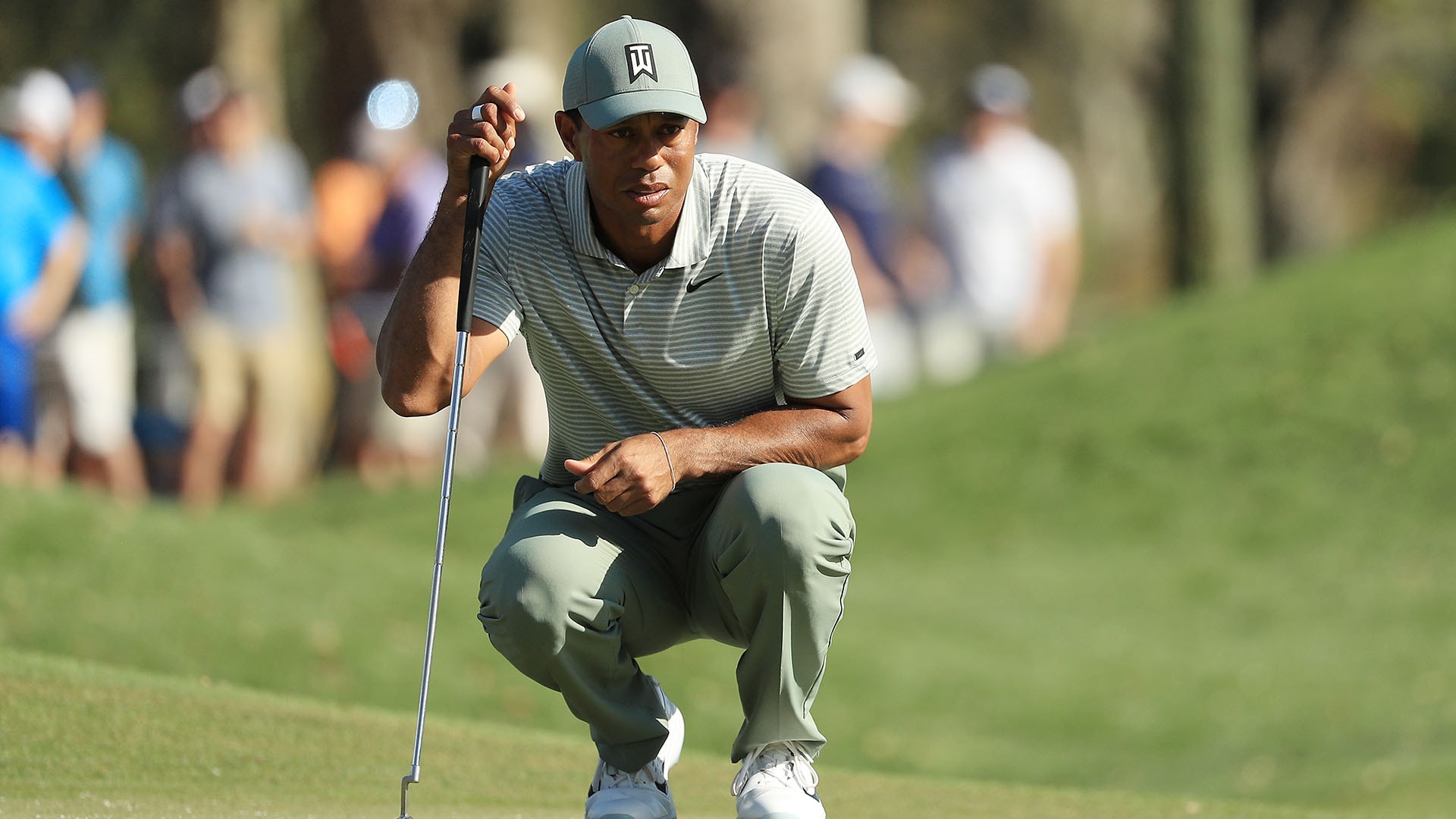 PONTE VEDRA BEACH, Fla. – No matter how he got there – this time with a rollercoaster back nine – the end result is the same: Tiger Woods is off to another slow start.

A deflating bogey on the last gave Woods an opening-round 70 that put him five shots back of the leaders at The Players.

That should be considered progress, actually.

It’s the first time all season that he’s closer than seven shots of the lead after the opening round.

“I felt like I could have shot something in the 60s today,” he said afterward. “I hit some bad shots early, rectified that, made a few adjustments, and then went about my business.”

Woods sits in a tie for 35th, which continues a familiar trend over the past two seasons. As much as he smashed expectations during his resurgent 2018 campaign, he almost always did so coming from behind.

He broke par in just five of his 18 opening rounds last season, and there’s no simple reason why. Maybe it took his body a while to get warmed up in competition. Perhaps he couldn’t study the course as intensely as he used to, leading to a more conservative game plan early. Whatever the case, the sluggish starts seem to have carried into the new year.

Woods has yet to open with a sub-70 score in four tries this season. He’s never been able to fully make up the ground, finishing no closer than eight shots of the eventual winner.

“Hopefully we can catch it on the calm side [Friday] and get some smoother greens and post a low number,” he said.

Woods wasn’t sharp with his long game Thursday (he ranked 79th in strokes gained: tee to green) but at least showed signs of progress with his much-maligned putter. After spending the past few weeks under the watchful eye of putting coach Matt Killen, Woods said he’s feeling more comfortable with his stroke. He took 30 swipes but holed 107 feet worth of putts on bumpy greens.

“It wasn’t like I had to do a lot,” he said. “I just got back into something that I do natural. I putt with the toe moving and toe releasing. I feel like I can go ahead and hit it with my right hand again. That’s how I’ve always putted. I always had a lot of hit in my stroke, and that felt good again.”

Still, Woods had enough sloppy moments Thursday that he’ll now have to spend the next 54 holes working to erase a five-shot deficit against the strongest field in golf. He failed to birdie either of the par 5s on the front nine. He toed a 3-wood into the water on the par-5 11th, leading to a bogey. He missed an 8-footer for par on 14. And then on 18, after a perfect drive on the hole that historically has given him fits, he couldn’t get up and down from behind the green, yanking a 4-footer.

Woods made just a single par over his final nine holes. Asked the last time he’d made only one par on a side, he shrugged: “I don’t know, been a while. Usually if I had one par it’s shooting 30 or 29, not what I did today.”

It added up to another slow start.