Woods: Could be leading 'if I just putt normal' 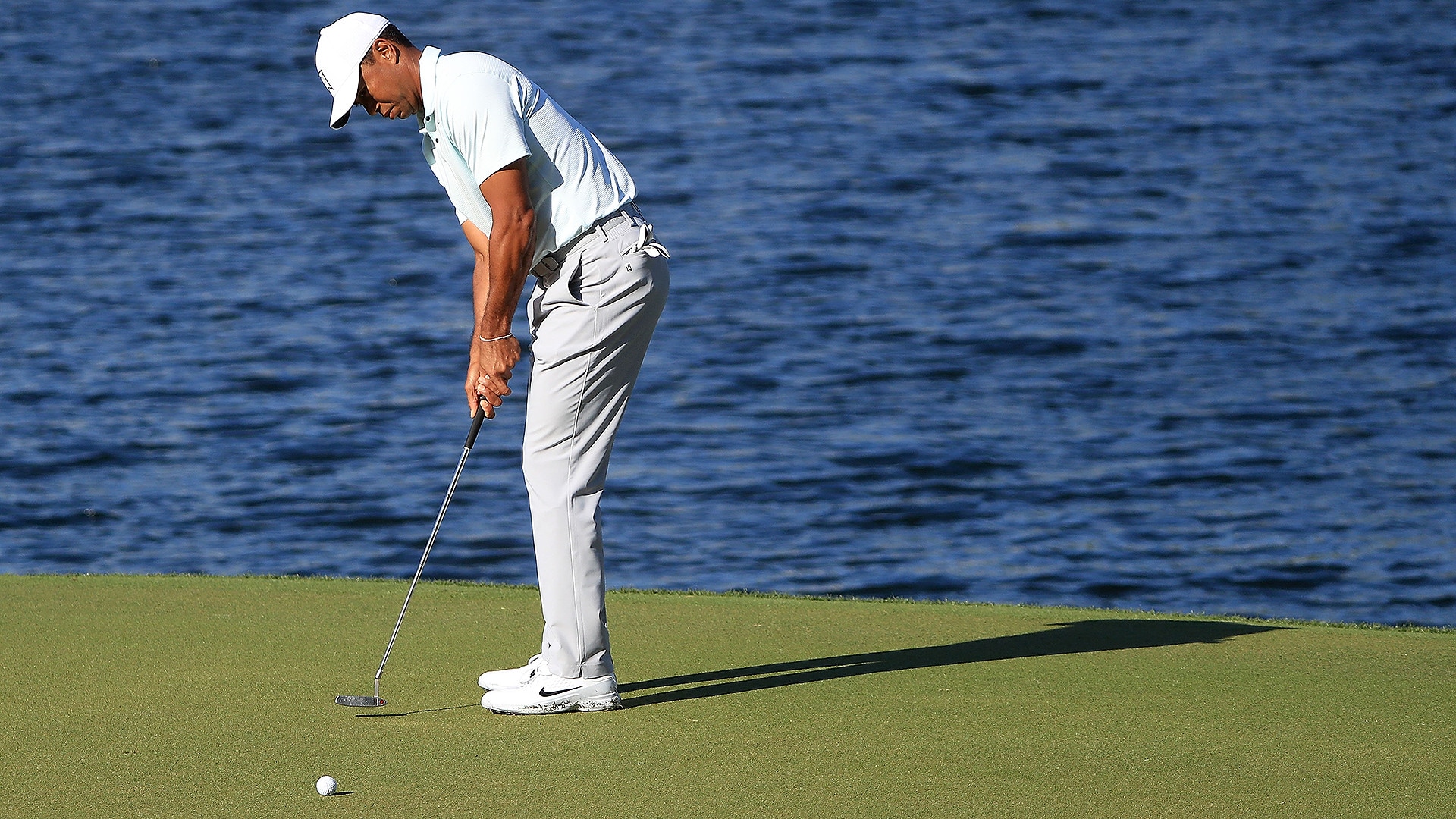 CHARLOTTE, N.C. – It’s not the driver or the new irons that are holding back Tiger Woods at Quail Hollow. It’s the putter.

Through two days the Wells Fargo Championship, Woods has needed 64 putts. He has converted just three attempts from outside 10 feet, one of which was on his final hole Friday, prompting him to throw his hands up and offer a shrug. Woods rolled in a 13-footer at No. 9 for his first and only birdie of the round to post 2-over 73 and move back inside the cut line.

“I've hit it well enough to be right next to that lead,” he said. “And if I can just putt – literally, if I just putt normal, I'm probably 5 or 6 under par. I've missed so many putts. Putts I missed yesterday, I was blocking them, trying to hit them the right pace. Today, I was pulling them, trying to hit them harder, try to put more hit in my stroke and release the toe of my putter, and I just wasn't doing it right today.”

Woods continues to be baffled by Quail Hollow’s firm but slower-than-expected putting surfaces. Asked about the changes to the golf course, Woods said that it’s proven difficult for him to adjust to renovated layouts over the years.

“I remember a lot of my putts I've hit from years ago, sometimes even over a decade ago,” he said. “I can remember putts on certain greens and what they do, tendencies. Especially in practice and at home, [I remember] the putts I would have to certain pins, going through the golf course in my head. I remember all those. So when they change greens – I putt a lot on memory. I have a pretty decent memory.”

The 2007 Wells Fargo champion – who gained 9.47 strokes putting on the field that week – took two more questions and then walked immediately to the practice green for the second day in a row.