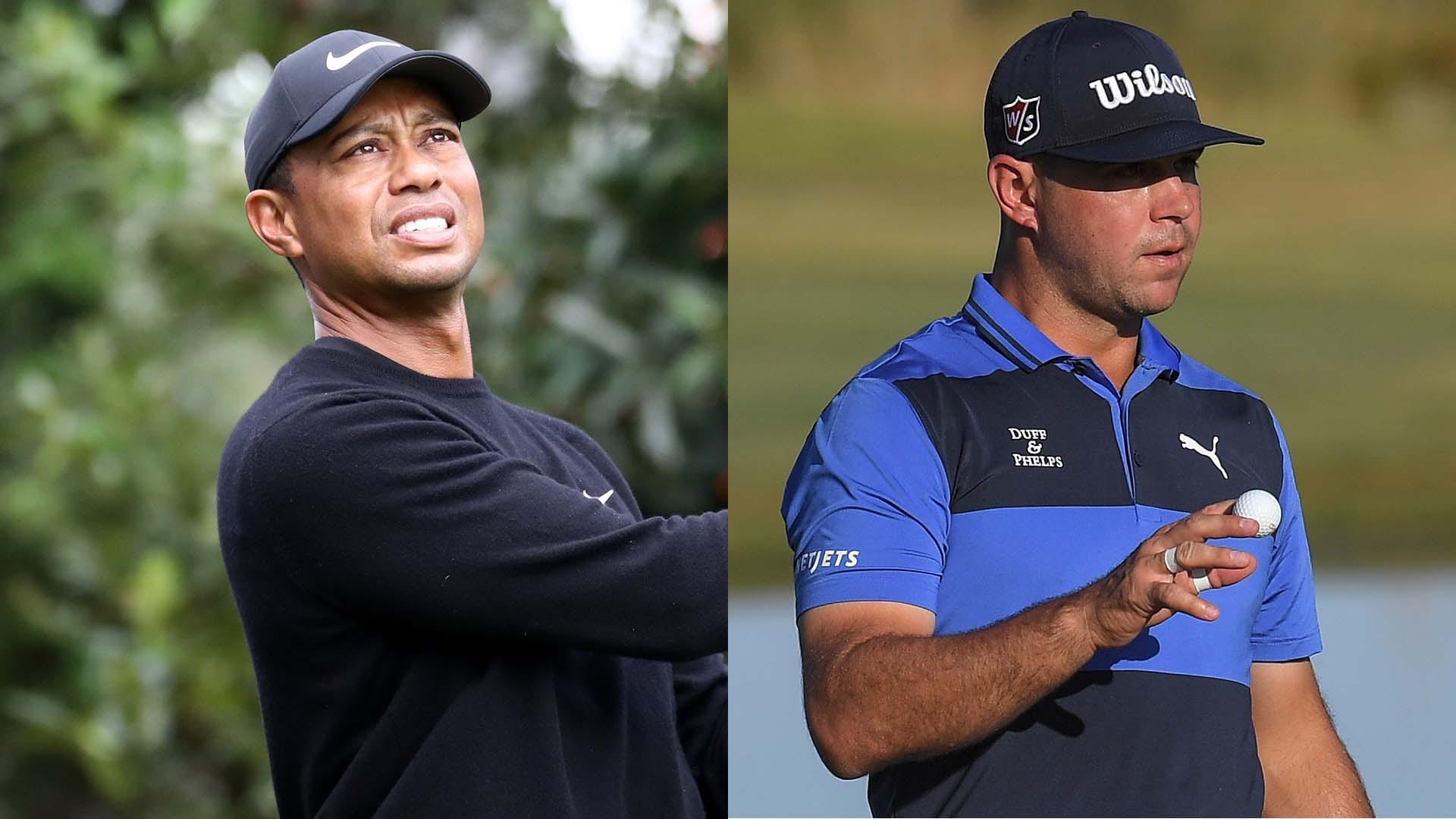 One of those players was Woods.

Playing his first event since having surgery on his left knee, Woods bounced back after three consecutive bogeys to start his day with nine birdies over his final 15 holes for a share of the lead.

Woods will name his captain’s picks following next week’s WGC-HSBC Champions, and he made it clear earlier this week that he hopes to be among that group.

“It made me more hopeful that I could do all of the above, play this week, play Hero and play [the Presidents Cup],” Woods said on Monday when asked about his knee surgery.

Alongside Woods atop the leaderboard at 6 under was Gary Woodland, who finished 10th on the U.S. Presidents Cup points list. The U.S. Open champion kept the pressure on Woods to make him a pick with a T-3 finish at last week’s CJ Cup and added an opening-round 64 in Japan.

“Right now, I'm just trying to focus on the golf tournament, give myself a chance on Sunday,” said Woodland, who is not playing next week’s event in China. “[Woods] knows how much I want to be on that team, I've talked to him about it. So for me, I'll just go out and play well and everything will take care of itself.”