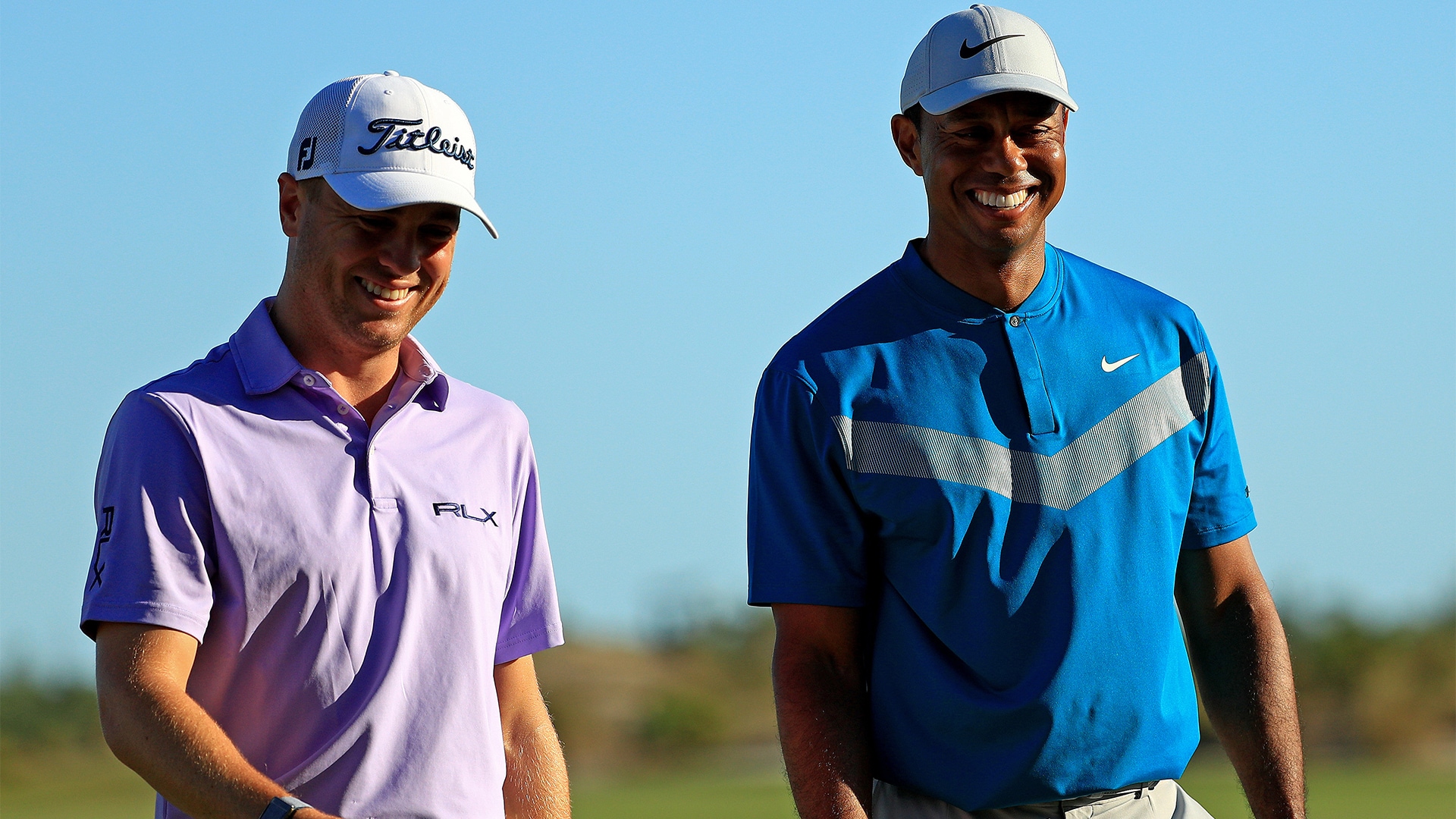 Tiger Woods will have some familiar faces alongside him when he resumes hosting duties of the revamped Genesis Invitational this week at Riviera Country Club.

Woods is the tournament's official host, and the event now has elevated Tour status which brings with it a smaller field and increased purse. With a stacked field including nine of the top 10 players in the world, Woods will play the first two rounds alongside Justin Thomas and U.S. Ryder Cup captain Steve Stricker. This is the third straight year that Thomas and Woods have been grouped together at Genesis, while Woods served as an assistant captain under Stricker at the 2017 Presidents Cup and Stricker returned the favor last year at Royal Melbourne.

Back to the top spot in the world rankings for the first time since 2015, Rory McIlroy will be joined by 2017 tournament winner Dustin Johnson and former UCLA standout Patrick Cantlay. McIlroy is looking to improve upon last year's T-4 finish, while Johnson has cracked the top 5 six times at this event since 2010 and Cantlay has finished T-15 or better in both of his prior appearances.

Brooks Koepka, who McIlroy supplanted atop the world rankings this week, will play in the U.S. for the first time since the Shriners Hospitals for Children Open in October. Koepka is making just his second career start at Riviera, having missedt he cut in 2017, and he'll play alongside southpaws Phil Mickelson and Bubba Watson. Mickelson won this event in 2008 and 2009 and enters off a pair of third-place finishes, while Watson has won three times at Riviera, most recently in 2018.

The final featured group announced Monday by tournament officials includes defending champ J.B. Holmes, who will play with Jon Rahm and Justin Rose. Rahm can reach world No. 1 for the first time with a win this week, while Rose is playing for the first time since a missed cut in defense of his title at Torrey Pines.

Specific tee times for featured groups, as well as the other participants in the 120-man field, are expected to be announced Tuesday at 3 p.m. ET.