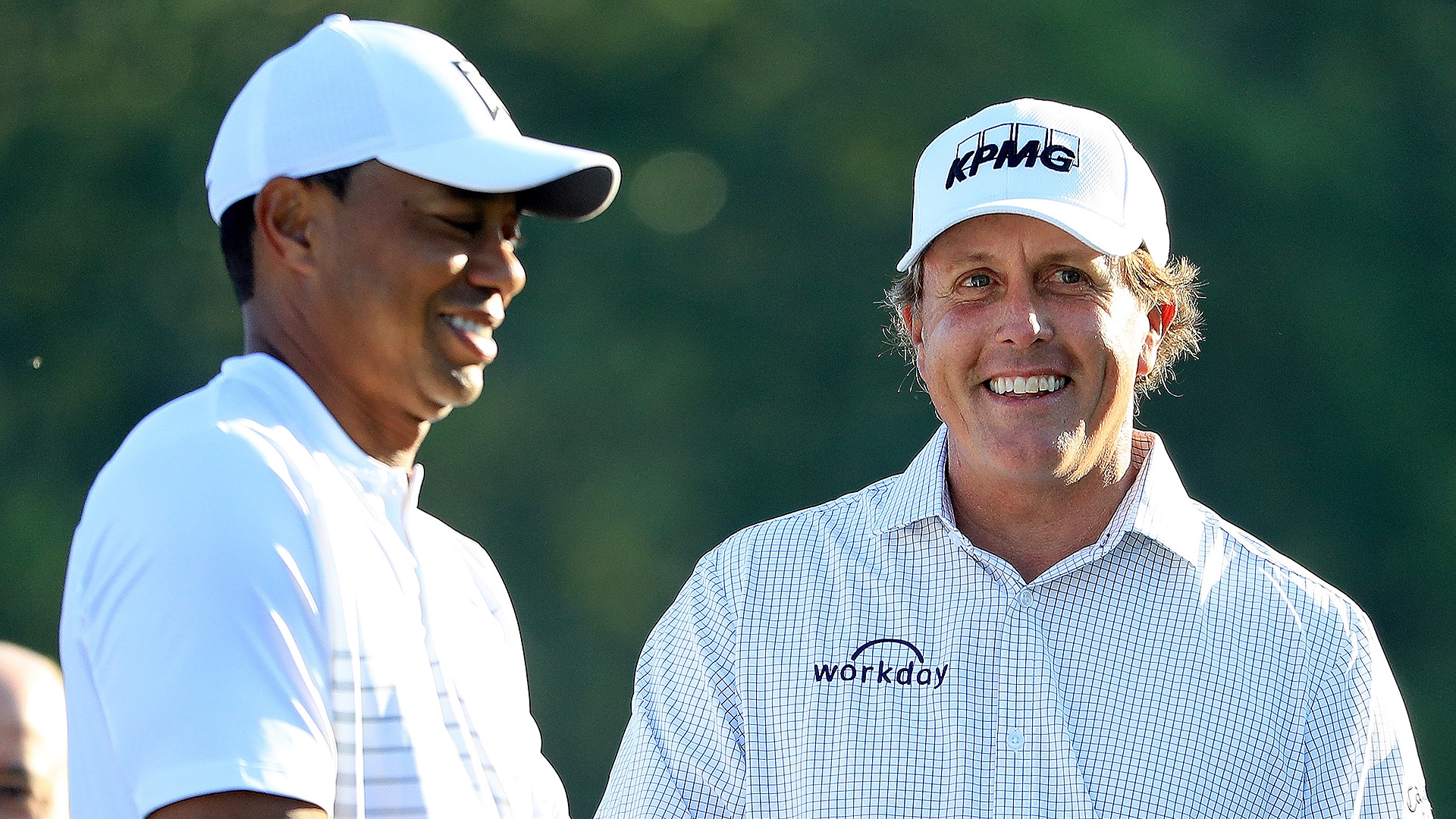 Tiger Woods and Phil Mickelson will be grouped together for the first two rounds of The Players Championship. Rickie Fowler will round out the star-studded three-ball at TPC Sawgrass.

It’s the first time that Woods and Mickelson have been in the same group since the 2014 PGA. They haven’t played together at The Players since 2001, best known now for Woods’ better-than-most putt on the 17th green.

In the only other featured group released Sunday (as a way for the Tour to promote its PGA Tour Live coverage), Jordan Spieth will play alongside Justin Thomas and Rory McIlroy.

Full tee times for the event have yet to be released.