Tiger hangs with Presidents Cup hopefuls prior to Northern Trust 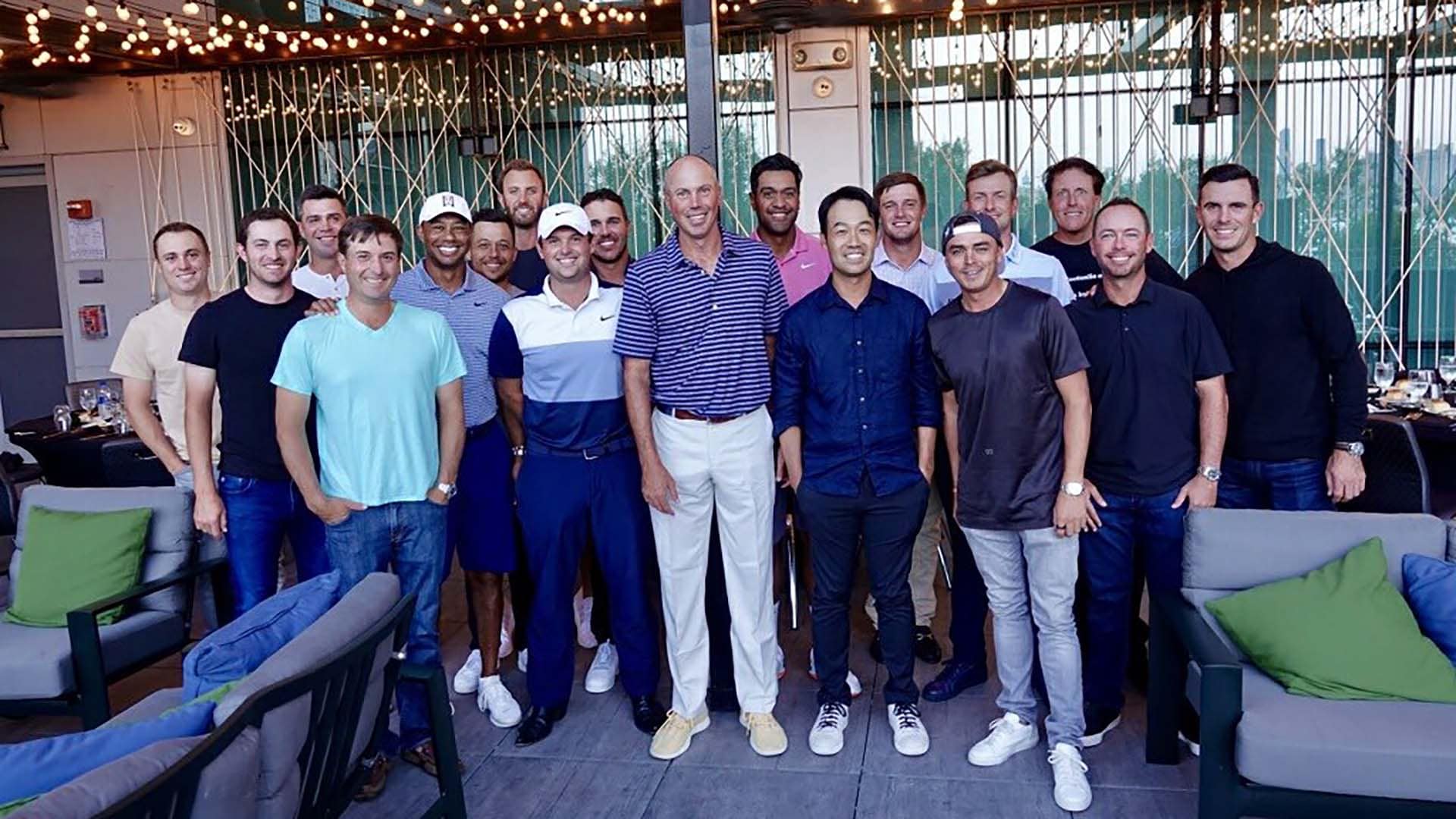 Notably absent was Jordan Spieth, who has played on six straight national teams, including each of the past three Presidents Cups, but is ranked 29th in points.

Maybe Spieth was taking the photo. Maybe he couldn't make it. Or maybe he wasn't on the invite list.