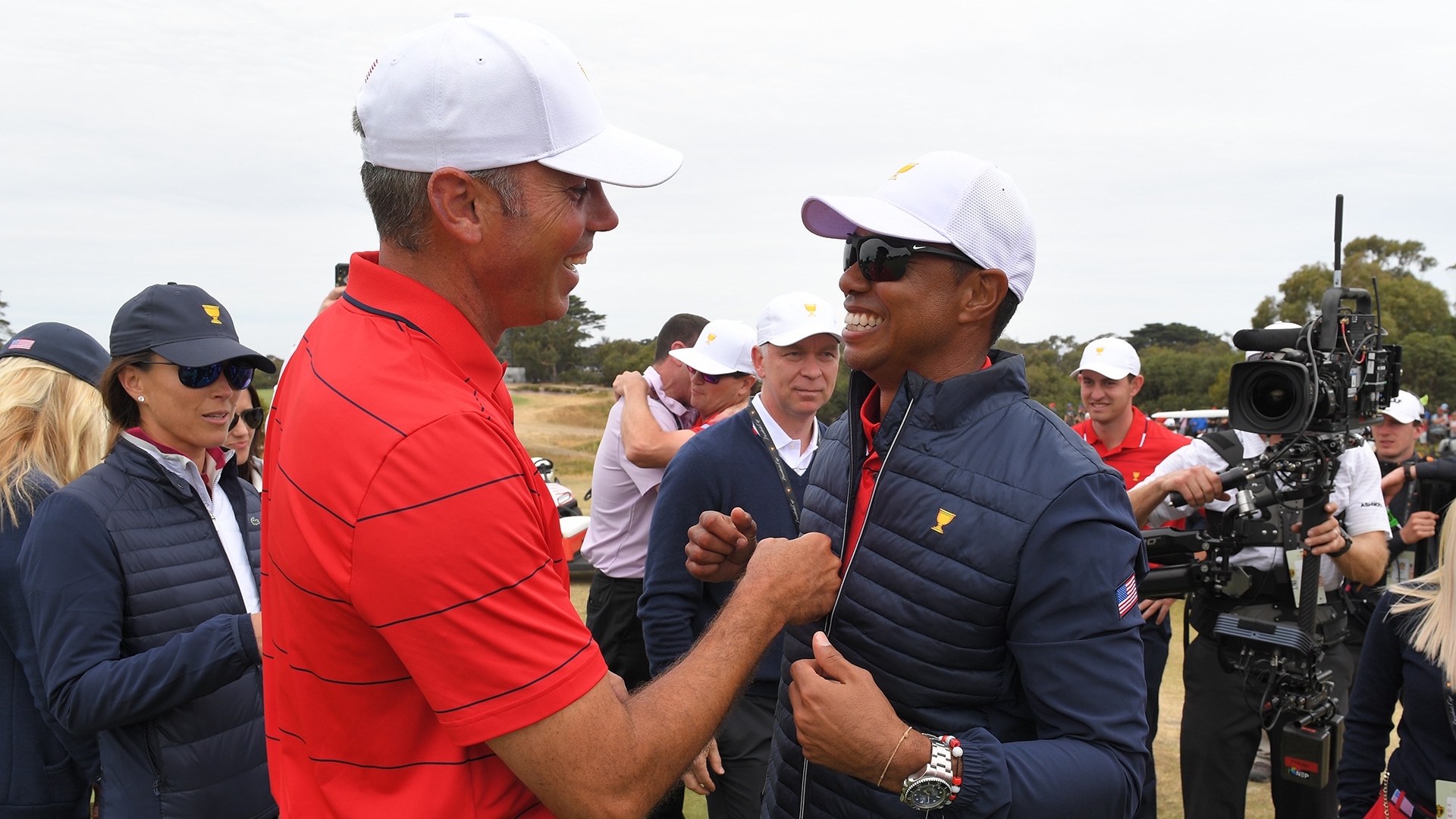 Tiger Woods’ trophy room is loaded with trophies and other memorabilia.

What else would you expect from a 15-time major champion?

However, there is at least one item that one would never guess has a special home among Woods’ most prized possessions. In fact, it doesn’t even originally belong to Woods.

At the Presidents Cup last December, Woods, in his first stint as captain, led a singles comeback on the final day at Royal Melbourne, the victory being clinched by Matt Kuchar on the 17th hole.

After the winning putt, which guaranteed a deciding half-point, Kuchar’s caddie, John Wood, took the ball out of play as Kuchar played the final hole and decided to gift it to Woods.

“He gave me the ball when we were on 18, which is really cool,” Woods said in a recent Golf Digest video. “This was the winning ball to clinch the cup on the 17th hole. … Very special to me.”

So, there you have it: Kuchar’s ball isn’t in Kuchar’s trophy case, it’s in Woods’ collection.