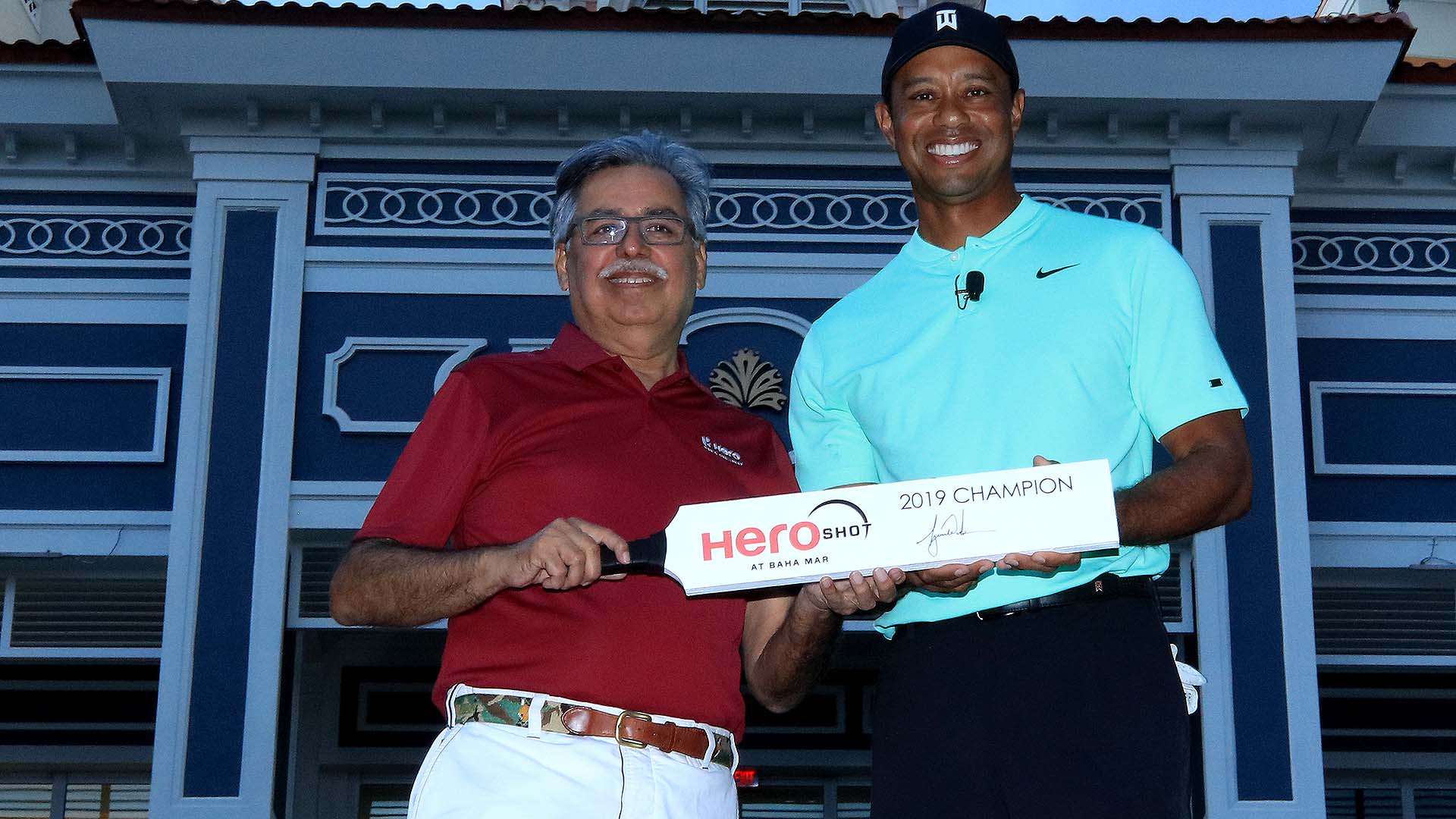 Tiger Woods is officially on a winning streak.

Woods kicked off his Hero World Challenge in the Bahamas by claiming the inaugural Hero Shot at Baha Mar, an event where he topped some marquee names hitting shots at a target from 130 yards away.

Woods, who took home his record-tying 82nd PGA Tour title the last time he teed it up at the Zozo Championship in October, outlasted Jordan Spieth, Bryson DeChambeau, Jon Rahm, Henrik Stenson and Gary Woodland in the exhibition, and he did it in typical Tiger fashion.

Going head to head with Spieth in the final round, the 15-time major champ ended the match with a walk-off bullseye on his final shot.

Woods shared his victory on social media afterward, jokingly asking if it counted as win No. 83.