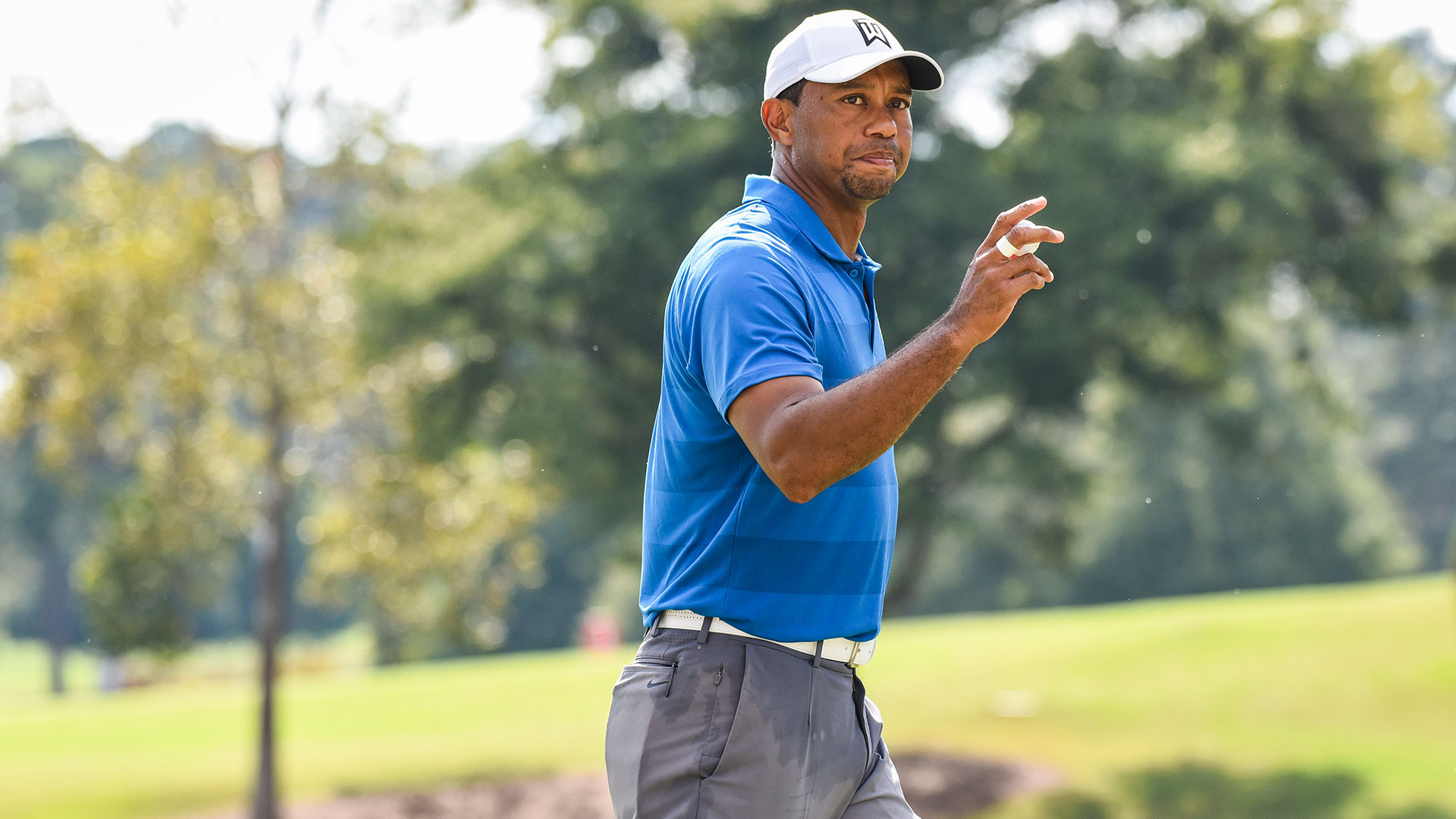 ATLANTA – Tiger Woods is three shots ahead and one round away from capping his comeback season with a moment that has defined his career.

Woods played the most dynamic golf he has all year Saturday with six birdies in his opening seven holes to build a five-shot lead. He cooled from there with a few mistakes and had to settle for a 5-under 65 and a three-shot lead over Rory McIlroy and Justin Rose in the Tour Championship.

He has the 54-hole lead for the first time since his last victory in 2013 at the Bridgestone Invitational. He has never lost an official tournament when leading by more than two shots going into the final round, and his closing record with the lead is 42-2 on the PGA Tour.

Woods has never been in better position to show he's all the way back from four back surgeries that once made him fear he might never play again.

''I've gone through a lot this year to get myself to this point, and understanding and fighting my way through it,'' Woods said. ''I'm certainly much more equipped than I was in March because of what I've gone through.''

Wood was at 12-under 198 and will be paired for the first time in final group with McIlroy on the PGA Tour.

McIlroy birdied two of his last three holes for a 66.

''It's obviously exciting for the golf tournament. It's exciting for golf in general that he's up there,'' McIlroy said. ''But for me, all I can do is concentrate on myself. The game is hard enough without looking at other people. Go out there, take care of my business, and hopefully that's good enough.''

Rose started the third round tied with Woods, but not for long.

Rose opened with two straight bogeys before battling back, but the world's No. 1 player already was four shots behind after four holes. He narrowed the gap with a birdie on the 16th as Woods had to scramble for bogey, a two-shot swing.

''In some ways, it felt like a Sunday just with the energy,'' Rose said after a 68. ''But I knew that it was halfway through a Saturday. Just wanted to sort of chisel a few back and give myself a chance going into tomorrow.''

There used to be no chance against Woods when he was atop the leaderboard going into the final round. His only losses with the 54-hole lead were the Quad City Classic in 1996 when he was 20 and making third start as a pro, and the 2009 PGA Championship at Hazeltine against Y.E. Yang. He also lost a two-shot lead to Lee Westwood in Germany at a European Tour event in 2000.

Woods has gone more than five years without winning. He also has won enough times - 90 tournaments around the world - to remember how to do it.

''It's a little more unknown now,'' Rose said. ''Obviously, his history, his statistics from this point are impeccable. They're incredible. But he's human, and there's a lot on it for him tomorrow, as well as the rest of us.''

The start was simply mesmerizing.

Woods poured in a 20-foot birdie putt on the first hole. His wedge settled 8 feet below the hole on No. 3. His 20-foot birdie putt on No. 4 tumbled into the center of the cup with perfect pace. Two short birdies followed. And when he finally missed a fairway at No. 7, Woods hit a 9-iron from the bunker that hopped out of the first cut to about 5 feet for a sixth birdie in seven holes.

The cheers were endless, and there was no doubting what was going on.

''I've heard the roars all day, and it's been phenomenal,'' Paul Casey said after his 66. ''What an atmosphere it is out there this week.''

Woods, however, made only one birdie over his last 11 holes, a wedge to 7 feet on No. 12. He missed badly on his tee shot at the par-3 ninth, and the shaggy rough to the right of the 16th fairway caused the face of his club to open, missing to the right. His flop shot didn't get up the hill and rolled back toward him, and his next pitch was a bump-and-run played to perfection that kept him from another double bogey.

McIlroy also started strong, and being in the group ahead of Woods, he knew exactly what was happening. On Sunday, he get a front-row seat. The only other time they were paired together in the fourth round was at the 2015 Masters, when both were 10 shots behind Jordan Spieth.

Rose won't be in the final group, but he has plenty on the line even if he doesn't catch Woods. He likely needs to finish in the top five to be assured of winning the FedEx Cup and the $10 million bonus.