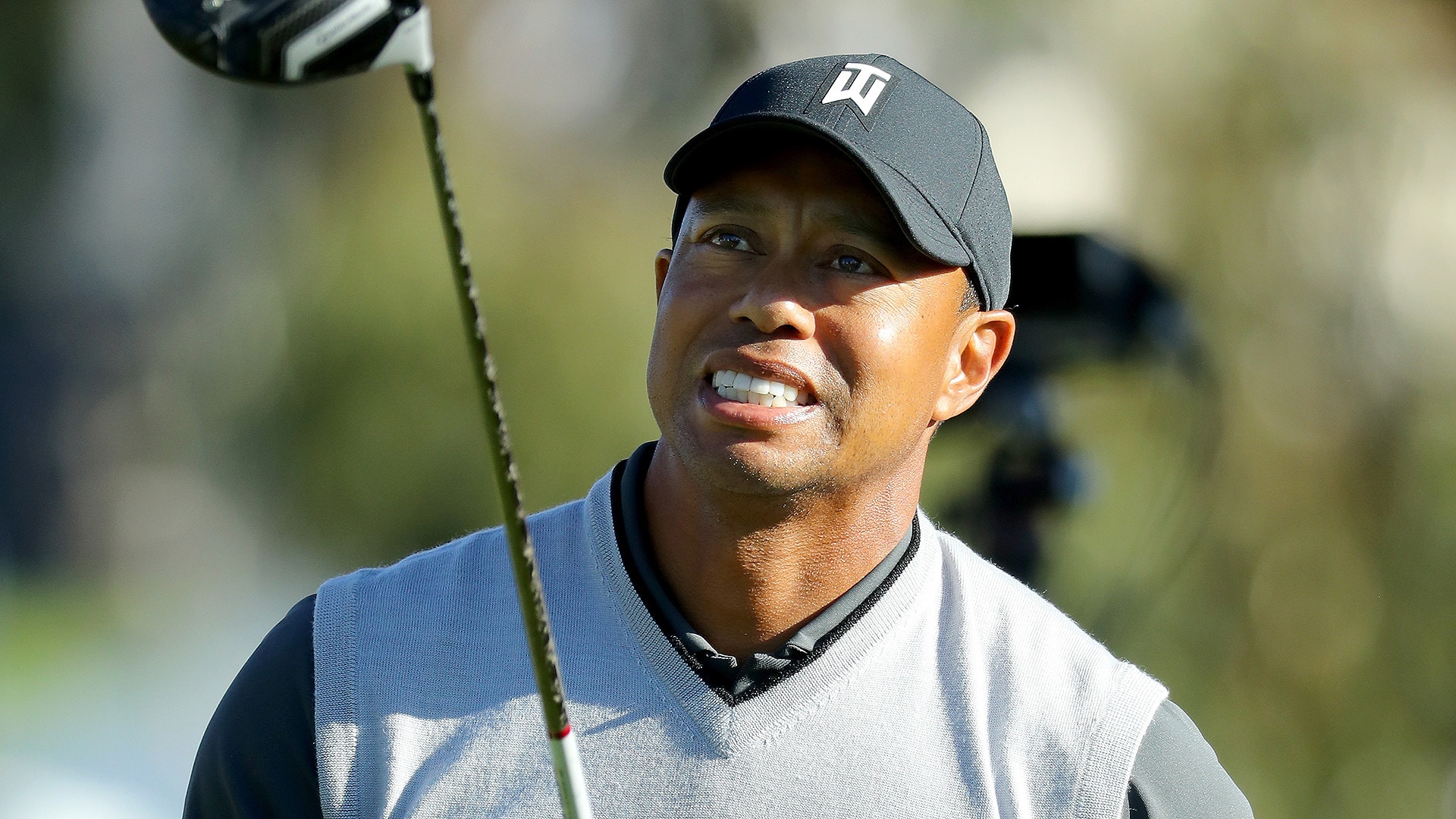 LOS ANGELES – Even hours after losing his ball into the canopy of a eucalyptus tree during the opening round of the Genesis Open, Tiger Woods could barely hide his frustration behind a wry grin.

Woods was coming off a birdie on No. 10, his opening hole of the tournament, when he pushed his drive on the par-5 11th. He expected to find the ball somewhere in the right rough, but instead was informed that the ball never came down from one of the towering trees lining the fairway and had to return to the tee.

He ended up making a double bogey, stunting the momentum from his opening birdie en route to a 1-over 72.

“Eucalyptus [trees] don’t normally keep golf balls, but this one did,” Woods said. “The last time it probably happened was at Olympic (2012 U.S. Open). Granted, those are cypress trees, I believe, and they usually swallow everything up.”

Woods is serving double duty this week as both tournament host and participant, teeing it up at Riviera Country Club for the first time since 2006. Despite an early-morning tee time, Woods drew plenty of fans to his former hometown event as he played alongside Rory McIlroy and Justin Thomas.

While McIlroy described Woods’ shot on No. 11 as “unlucky,” Thomas explained that it was a scenario he feared as soon as the ball left the club.

“It’s going to sound really weird, but I swear as that ball’s going over there I thought in my head, ‘I hope that doesn’t get stuck in a tree,’ because that happens out here,” Thomas said. “Then he’s driving back to the tee and I’m like, 'Holy crap, it actually did get stuck in a tree.'”