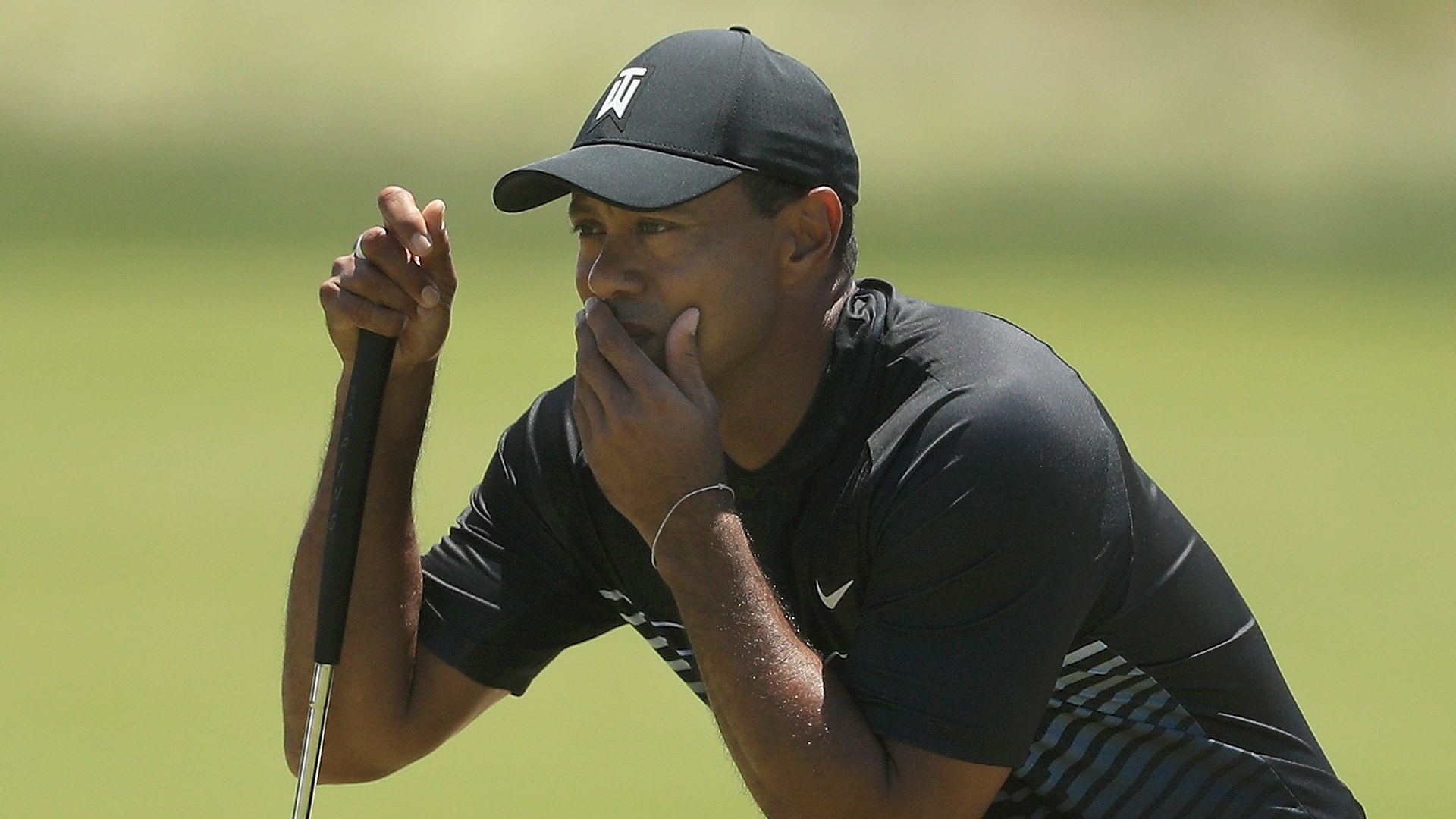 Tiger Woods is exploring whether to put a new mallet putter in the bag for this week’s Quicken Loans National.

Woods, who has struggled on the greens over his past few starts, experimented with a TaylorMade Ardmore 3 slant-neck model during a practice round at TPC Potomac at Avenel Farm.

First putter out is the TaylorMade. Looks like an Ardmore with a single white sight line down the middle of the flange. pic.twitter.com/bYUZb7Ztud

On Tuesday afternoon, while practicing with Harold Varner III, Billy Hurley III and Rod Pampling, Woods told a group of reporters, including Golf Channel’s George Savaricas, that he wants to “see how [the putter] rolls and put it through its paces.”

Woods has won 13 of his 14 majors with his Scotty Cameron Newport 2, but this season he has slipped to 89th on Tour in strokes gained: putting. He needed 58 putts in two rounds in his most recent start at the U.S. Open.

“It’s at my discretion,” he said. “If I find something that helps me play better, then so be it. If it doesn’t, then it’s not going in the bag.”

This would be one of the only times in Woods’ career that he has used a model other than an Anser-style blade.

For those who don't remember, Tiger used a Nike Method 003 mallet during the '11 Masters. Literally the only time I can recall him using something other than an Anser-style blade. pic.twitter.com/0I5VmBJtNB