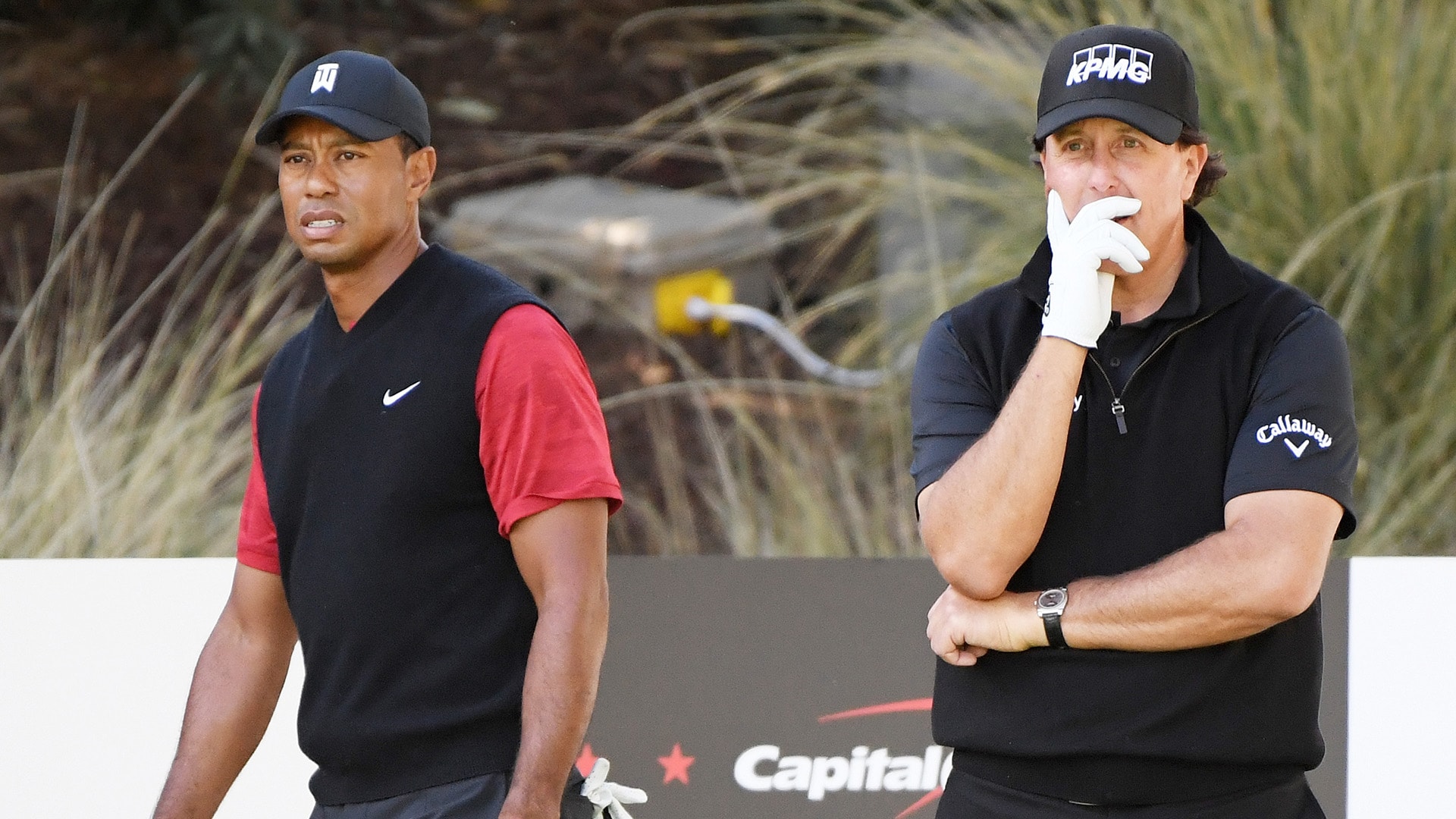 “(He’s) playing unbelievable golf,” Woods said Wednesday at the BMW Championship, where he’s among the top 69 players still remaining in the FedExCup race. “He said he’s been close to playing well.”

Indeed, Mickelson, who was bounced from the playoffs after a missed cut at The Northern Trust, signed up for this week’s Charles Schwab Series at Ozarks National, his first start on the over-50 circuit. Through two rounds Mickelson was at 17-under 125, one shot off the 36-hole tour scoring record.

“He was already one of the longest hitters out here (on the PGA Tour),” Woods said, “and now he goes to where he’s going to pick up a huge advantage off the tee. But you have to take advantage of that opportunity off the tee. His wedge game is off the charts, every wedge in there he’s going to put it inside of 10, 15 feet each and every time. Hole those, get momentum and keep it going.

“There’s no reason why he can’t win every event he plays out there. He’s got such a big advantage over the rest of the field just with sheer length.”

Mickelson was looking to become the 20th player to win in his PGA Tour Champions debut.

Woods, who turns 45 in December, was asked if he could envision joining the senior circuit when he’s eligible.

“Well, there was a time in which I didn’t think I would play out here again (because of back troubles), so I’m just enjoying what I have here, and that’s six years away,” he said. “That’s a long time. I’ve only been back for a few years. I’m looking forward to just playing out here and being part of the guys out here.” 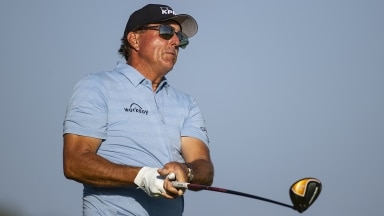