Tiger on playing tough Torrey: 'Got to start somewhere' 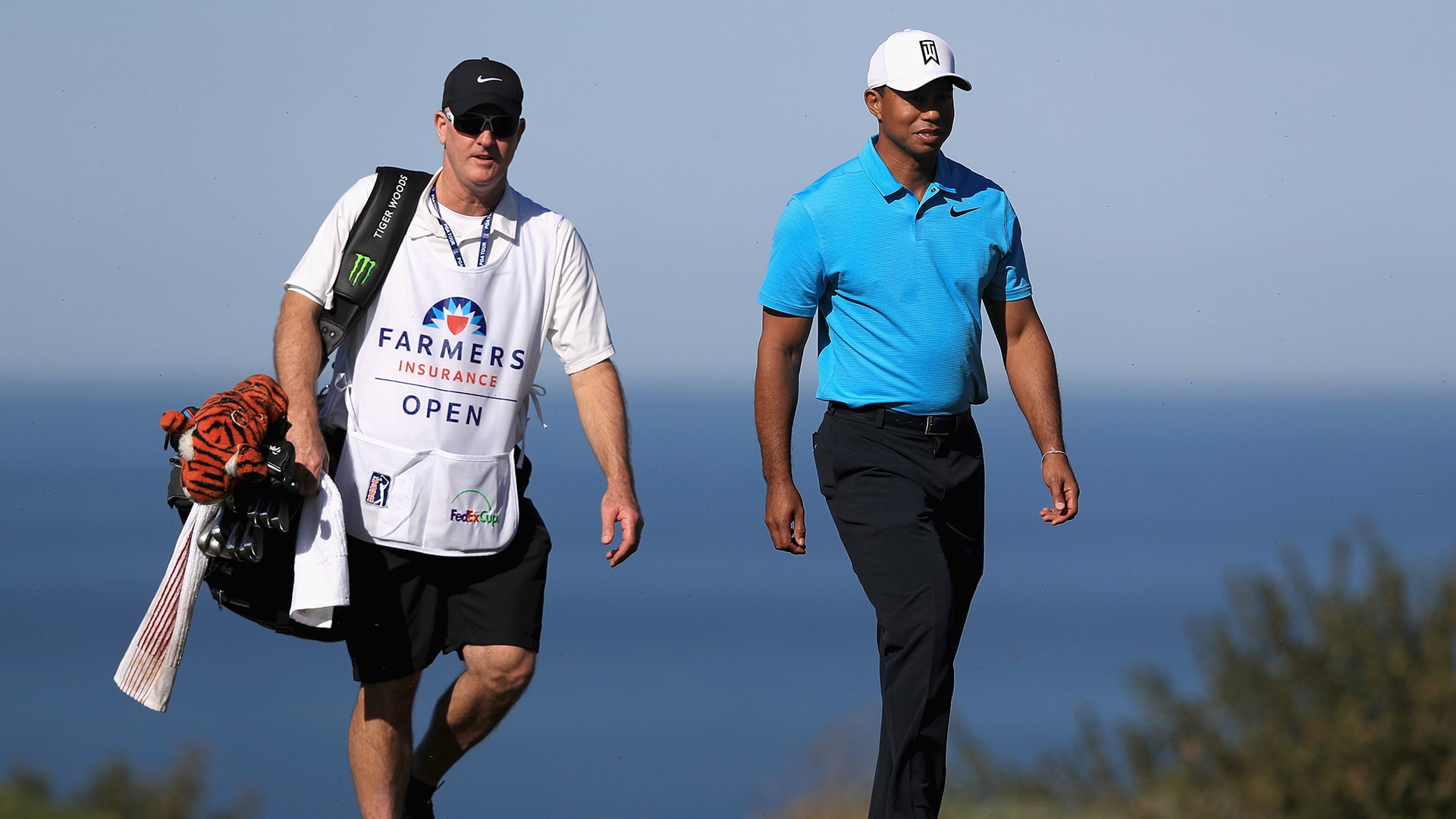 SAN DIEGO – Torrey Pines annually ranks as one of the most difficult stops on the PGA Tour schedule.

“I haven’t played,” he said Wednesday after his pro-am round, “and I’ve got to start somewhere and try and get my game and my feels back.”

Woods mentioned starting his season last week at the CareerBuilder Challenge, but that wasn’t an ideal starting point either. “The conditions are easier,” he said, “but you have to shoot 6 under par a day.” The winning score was 22 under, and the three-round cut fell at 8 under.

That won’t be the case here at Torrey Pines, especially after the easier North course underwent a redo after the 2016 event that significantly toughened up the course.

Woods noted that both courses here are as firm and fast as he has ever seen them.

“It’s going to be a challenge this week,” he said, adding later: “But I want to start feeling what it’s like to be out here and hit shots and grind out scores. That’s something that I’ve been looking forward to.”

After the Farmers Insurance Open, Woods will have two weeks off before playing the Genesis Open at Riviera for the first time since 2006.