Woods on Saturday match against McIlroy: 'This will be fun' 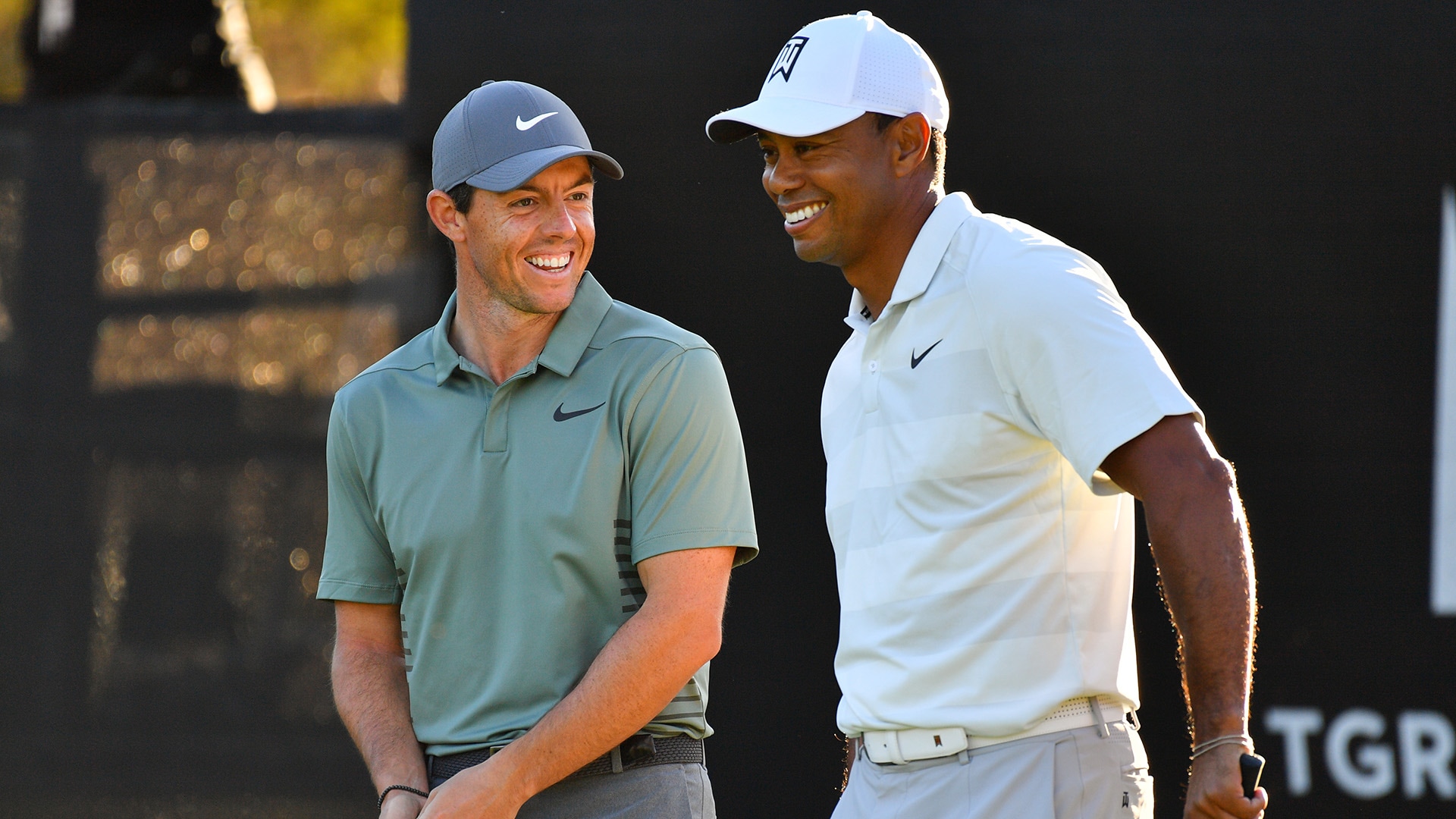 AUSTIN, Texas — These were the words out of Rory McIlroy’s mouth when he was asked about his impending showdown with Tiger Woods:

“I just hope I put up a better fight than I did in Atlanta last year.”

McIlroy and Woods both advanced out of pool play Friday at the WGC-Dell Technologies Match Play and will meet in the Round of 16 on Saturday morning.

Woods took down Patrick Cantlay on Friday and benefitted from Aaron Wise's victory over Brandt Snedeker to win Group 13.

McIlroy took care of his buddy Matthew Fitzpatrick, 4 and 2, to post a perfect 3-0 record in the group stage.

McIlroy’s result wasn’t yet official when Woods met with the media, but he offered these comments on the matchup.

“If it is Rory, we’re looking forward to it,” he said. “We’ve played tournaments together, battled each other down the stretch at events, but never in a match-play situation. So this will be fun if it works out.”

McIlroy and Woods have played together 18 times on the PGA Tour, with Woods owning a 9-6-3 head-to-head advantage in stroke play. They most recently played together for the opening two rounds at this season’s Genesis Open, but McIlroy’s comments call back to the final round of last season’s Tour Championship, when Tiger won his 80th Tour title and Rory never mounted a challenge.

Though they’ve never met in competitive match play, McIlroy did say the two have “played some games at home” in South Florida.

“It's exciting for both of us, I'm sure. I'm definitely excited. I'm sure he is, as well,” McIlroy said. “Hopefully I can give him a better game tomorrow.”