Woods hasn't 'come to grips' with his Masters win 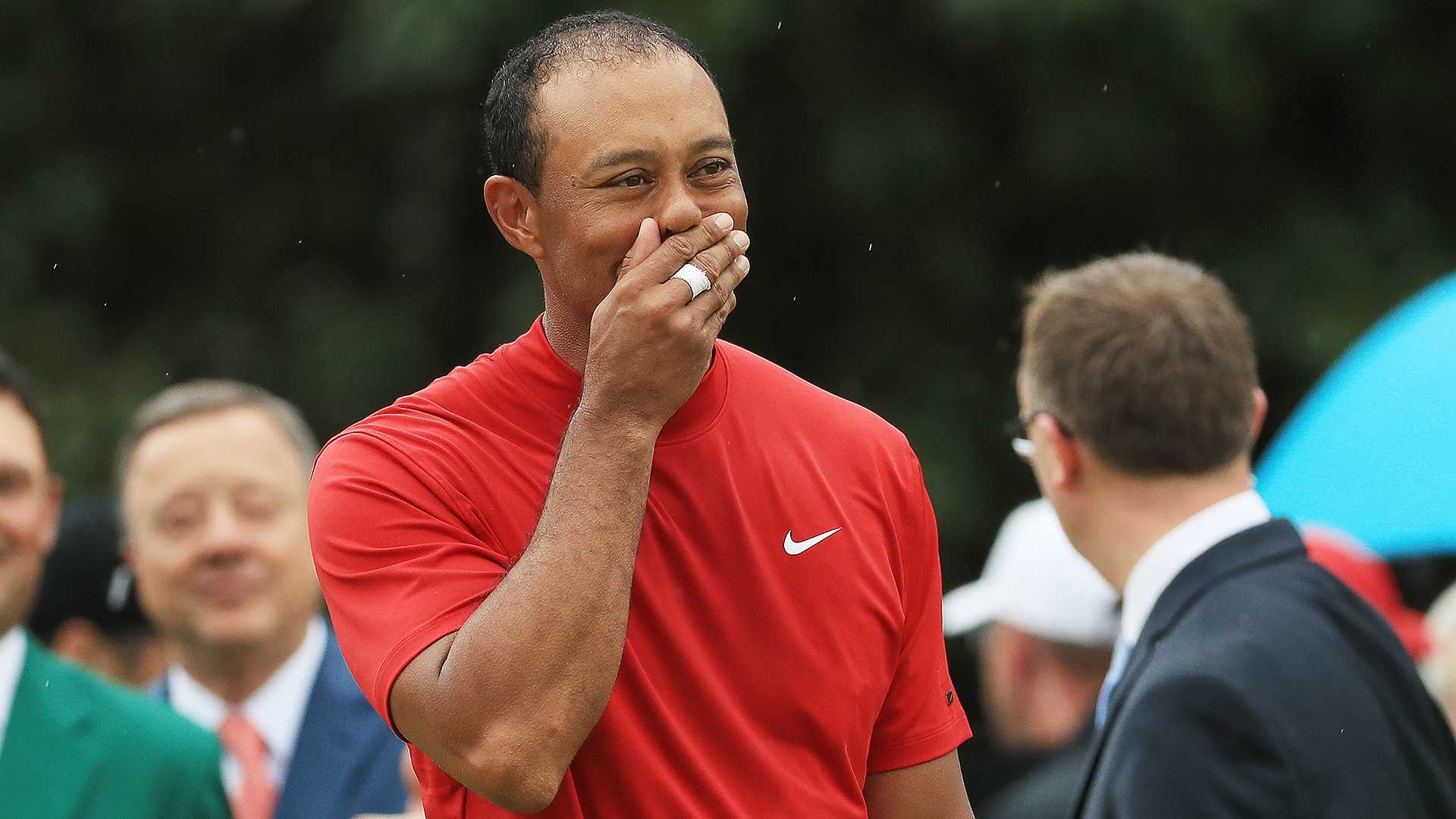 In an interview with Golf TV, Woods says he’s spent the days since his win enjoying dinners with friends, taking his kids to and from school, and otherwise not doing “very much.”

“I know that sounds boring,” he said, “but I really haven’t. I’ve just been home and letting everything thaw out and just trying to understand what I [have] accomplished. But I haven’t – I don’t think – come to grips with it yet.

“It’s very similar to what it was in 1997, and that took me years to understand what I had accomplished, and I don’t think this one will settle in for quite some time.”

Woods during the interview briefly walked through each of his four prior Masters victories – winning his first jacket in 1997, closing out the Tiger Slam in 2001, successfully defending in 2002, chipping in at 16 in 2005 – before explaining what made this one “so different.”

“This one feels special in its own way,” he said. “This year, to go 14 years between jackets is a long time. … And on top of that to actually have won my first major championship coming from behind. It’s so ironic, given my last few years of what I’ve kind of had to battle through, that now is finally the time I finally come from behind when I’ve had more game throughout the years, and I’ve had more runs, and I’ve been in situations where I’ve been in better spots. … For some reason I got it done.”

Although Woods hasn’t even had the time to process major victory No. 15, the golf world has begun discussing the potential for No. 19 – as in whether Tiger can still pass Jack Nicklaus’ all-time major record of 18 wins.

How is Woods looking at the chase now that he’s captured his first major title in 11 years?

“Well, I always thought it was possible if I had everything go my way,” he answered. “It took him an entire career to get to 18. Now that I’ve had another extension to my career, one I didn’t think I had a couple years ago, if I do things correctly, and everything falls my way, yeah, it’s a possibility.

“I’m never going to say it’s not – except for a couple years ago when I couldn’t walk.”