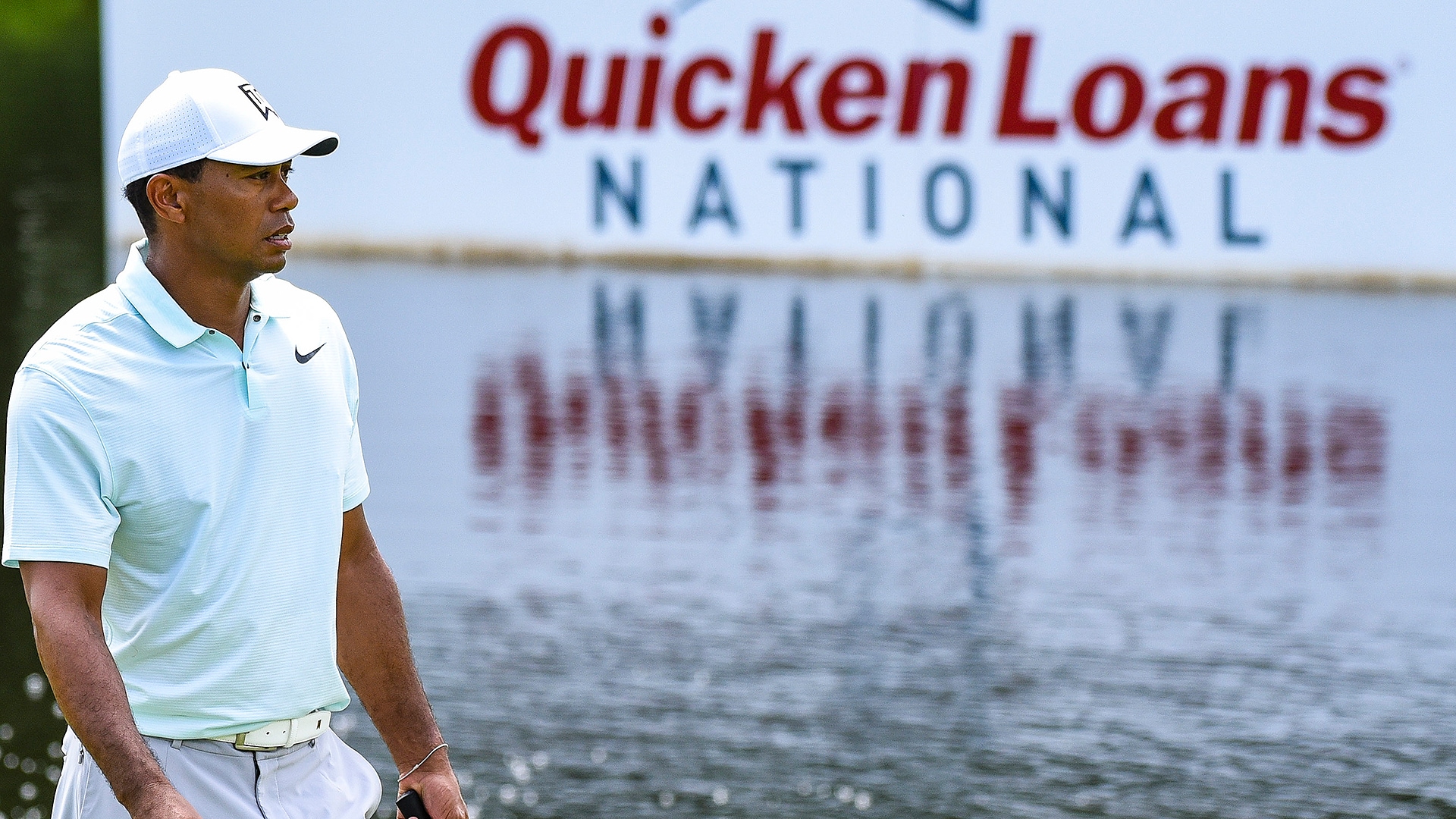 POTOMAC, Md. – According to various sources, the PGA Tour is poised to unveil the dramatically revamped 2019-20 schedule in the next few weeks. Also according to those sources, there will be no Quicken Loans National on that lineup, at least not a Quicken Loans event played in the Washington, D.C. area.

Quicken Loans announced earlier this year it will sponsor a new event beginning in 2019 in Detroit, but that likely won’t be associated with Tiger Woods, his foundation or the nation’s capital.

Despite these various reports and a schedule that doesn’t seem to have any openings at the moment, Woods, who has hosted the event since it began in 2007, said on Wednesday at TPC Potomac that he continues to search for replacement sponsors.

“It's trying to get the sponsorship dollars and that kind of commitment going forward is the more difficult challenge,” Woods explained. “We're certainly going to give our best efforts, but the future's unknown. That's frustrating for all of us, not just here at the foundation, but it's also frustrating for the community here and the people who have supported us and supported this event.”

The new Quicken Loans event in Detroit is scheduled to be played June 27-30 according to various sources, followed by a new event in Minnesota that will be sponsored by 3M. Within the current schedule that doesn’t leave much room for the Washington, D.C. tournament, which has been played at four different courses.

“I was raised in a military background, playing military golf courses. So just really tried to do all we could not just for the D.C. area, but our nation's capital, our nation's birthday and trying to say thank you to all the people that are putting their lives on the line for us and our freedoms,” Woods said. “We did a few things that I'm very proud of.”