Woods detours into the trees on way to double 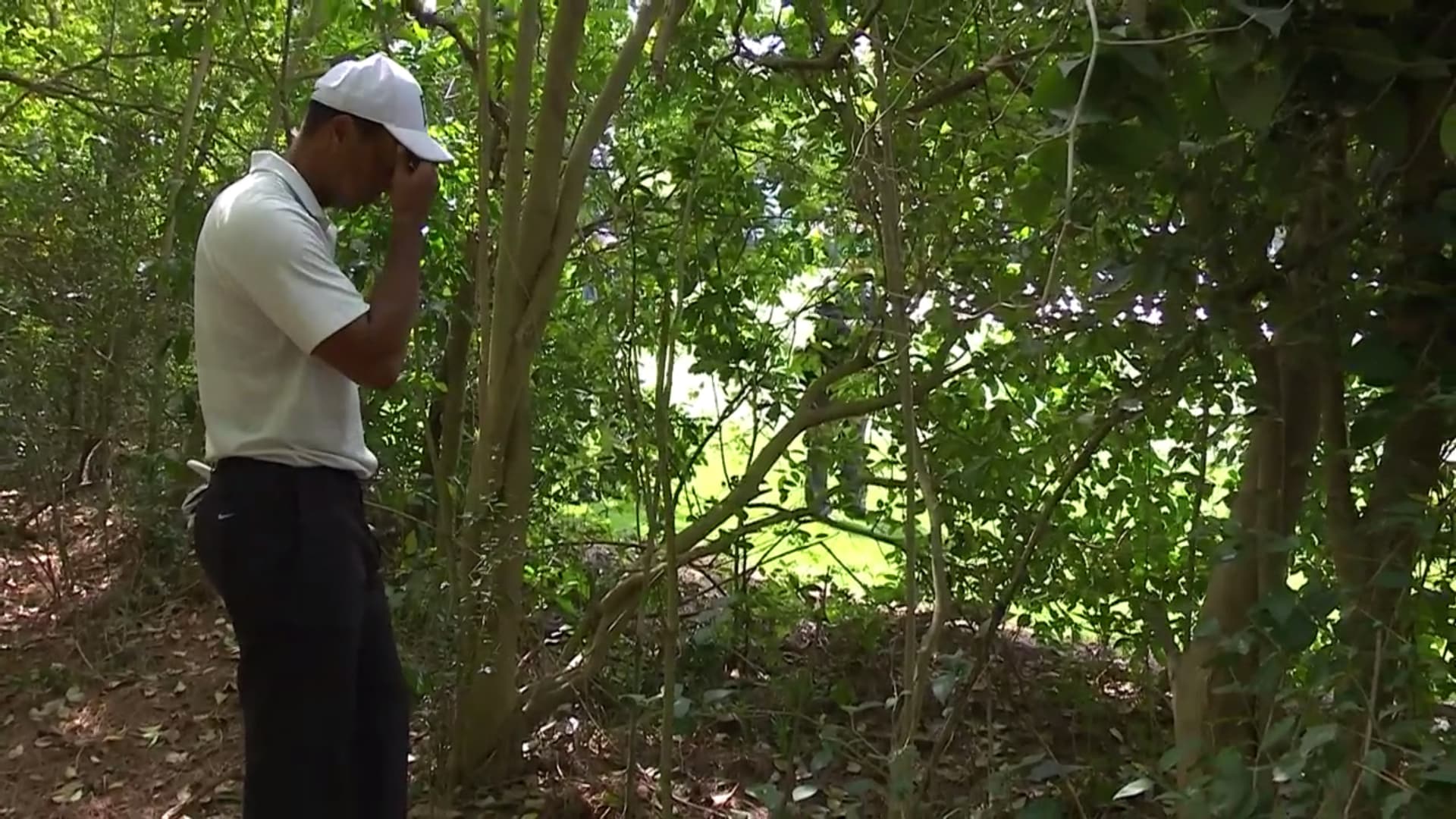 AUGUSTA, Ga. - Tiger Woods walked past the fifth green with his head down, past Marc Leishman and Tommy Fleetwood and a throng of Woods devotes, until he stood face-to-face with an imposing row of Augusta National shrubbery.

Woods peered into the dense foliage and started rifling through the branches with his hands.

A voice rose above the silence.

“Farther left,” one of the patrons said firmly from about 30 feet away as Woods’ caddie, Joe LaCava, joined his man in the hunt for his wayward golf ball.

“Tiger’s cold, his caddie’s hot,” said another patron from afar, trying to help. “Right there, right there.”

Woods walked directly into the plants and disappeared like Moonlight Graham.

Woods’ was hardly the only mishap on a day when Augusta National was at its beguiling best. Jordan Spieth opened his second day of the 82nd Masters with a messy double bogey. Phil Mickelson tripled No. 9. Henrik Stenson hit a tee shot over the green on Hole No. 12 that threatened the azaleas on the way to a bogey.

Woods’s foray into the bushes, however, was one of the stranger scenes on the day.

His approach shot from the right side airmailed the green and shot into the woods, setting off a search for his ball that also briefly included Leishman and the Aussie’s caddie.

With LaCava popping in and out of the bushes, Woods finally found the ball but no place to swing.

He had to take an unplayable lie, which cost him a one-shot penalty.

With LaCava, an official and a television camera operator looking on, Woods took his drop, settled over his ball, and slashed a shot through an opening in the bushes.

The ball raced up a hill and into the back bunker, from where Woods got up and down for a double-bogey 6.