Woods tinkering with driver shaft, loft at The Northern Trust 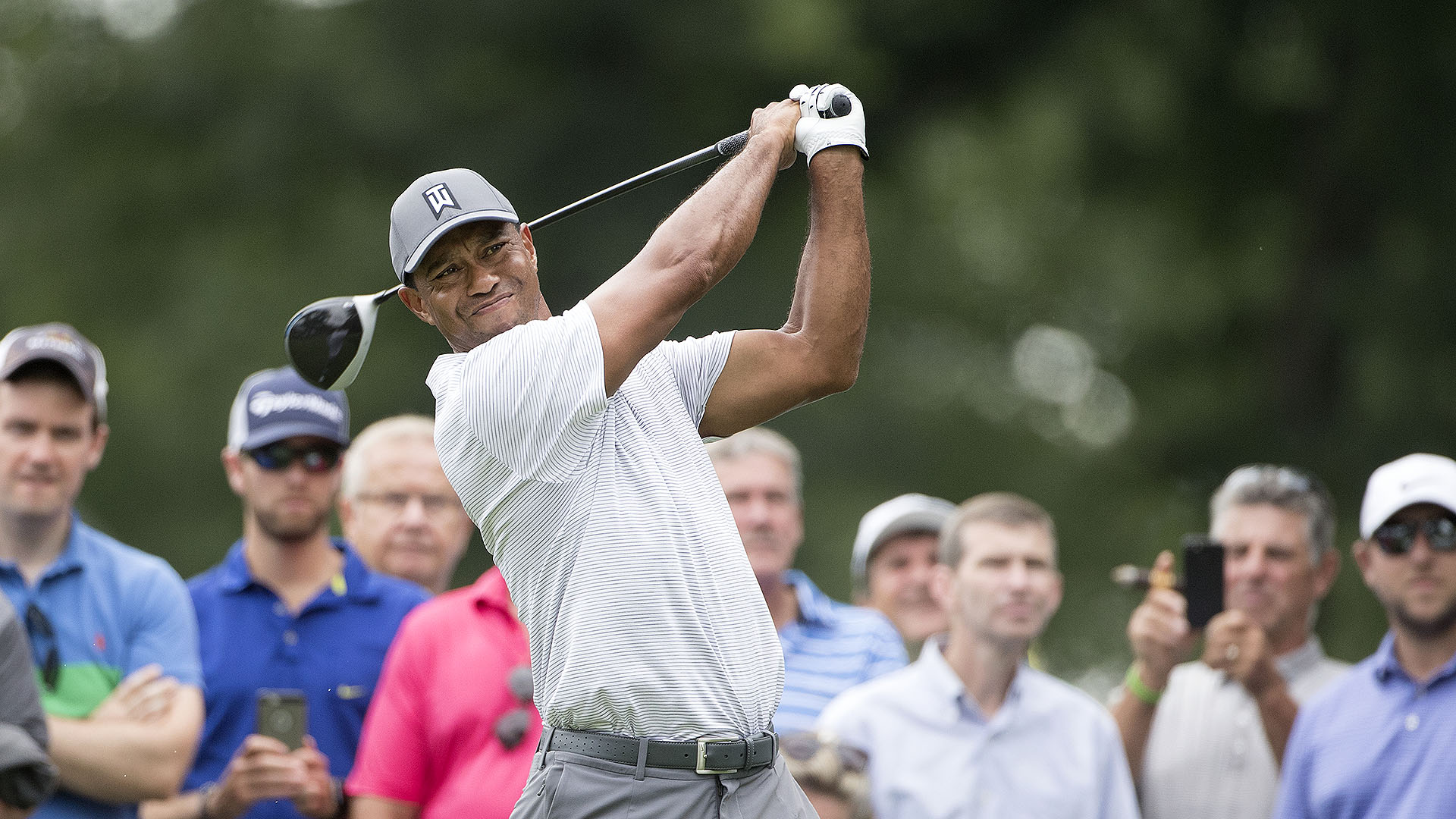 PARAMUS, N.J. – Tiger Woods said on Tuesday at The Northern Trust that he spent last week attending his children’s soccer games and tinkering with his driver.

Although he finished runner-up at the PGA Championship, Woods hit just 5 of 14 fairways on Sunday at Bellerive and ranked 74th for the week in fairways hit. It was no surprise that his focus heading into the FedExCup Playoffs was finding more fairways.

“We've been working on it, experimenting with different shafts and different lofts on my driver and 3-wood, as well,” Woods said. “Just trying different things. I've still got two more days and I'll still be monkeying around with a couple things and come game time we'll see what I go with.”

Woods played an abbreviated practice round on Tuesday at Ridgewood Country Club, which included Nos. 1-8 and Nos. 15-18, with a new driver that features a different shaft from the one he used at the PGA Championship and more loft (9.5 degrees).

He also had a TaylorMade equipment representative walking with him on Tuesday and went to the practice range after his round for more work.