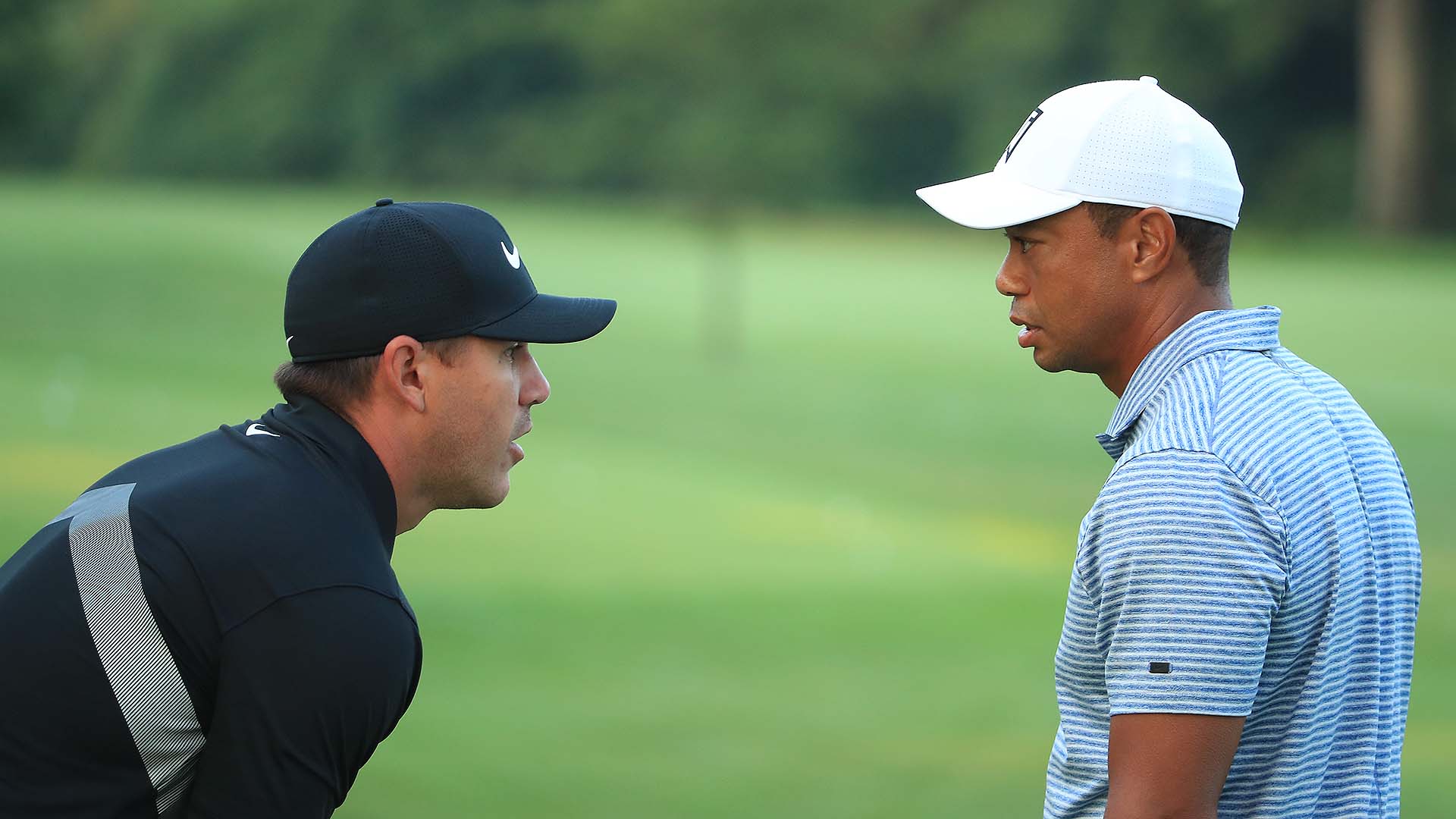 CHIBA, Japan – Captain Tiger Woods has had plenty on his mind the last few weeks as he prepares for this year’s Presidents Cup, but his job became slightly more complicated last week.

Brooks Koepka re-injured his left knee during the second round of last week’s CJ Cup and he ended up withdrawing from the event. With the Presidents Cup just over a month away, Woods was asked on Wednesday at the Zozo Championship about the world No. 1’s potential status for the matches.

“We’re just waiting to see what the surgeons say and see what his protocols will be going forward. That’s something he’ll keep me abreast of going forward,” Woods said. “He’s getting other opinions about where his knee is and what his options are. I went through the same thing with my knee and my back. You want as many opinions as you can before you decide which road you want to go down.”

Koepka had stem-cell treatment to repair a partially torn patella tendon following the Tour Championship, and Woods said he advised him not to rush any decision.

“There’s no hurry, you are part of the team,” Woods told Koepka. “Now you have to figure out what’s best for your career and your knee. If you decide you can play, great. If you can’t, I totally understand and we’ll cross that bridge when it comes.”

Contacted by GolfChannel.com, Koepka’s manager with Hambric Sports Management had no update on the 29-year-old’s condition.

Woods was also asked about Dustin Johnson, who underwent arthroscopic surgery on his left knee during the offseason.

“Dustin’s starting to practice now. He’s not full out yet but he’s done his rehab and he’s progressing,” Woods said. “He’ll be fine.”